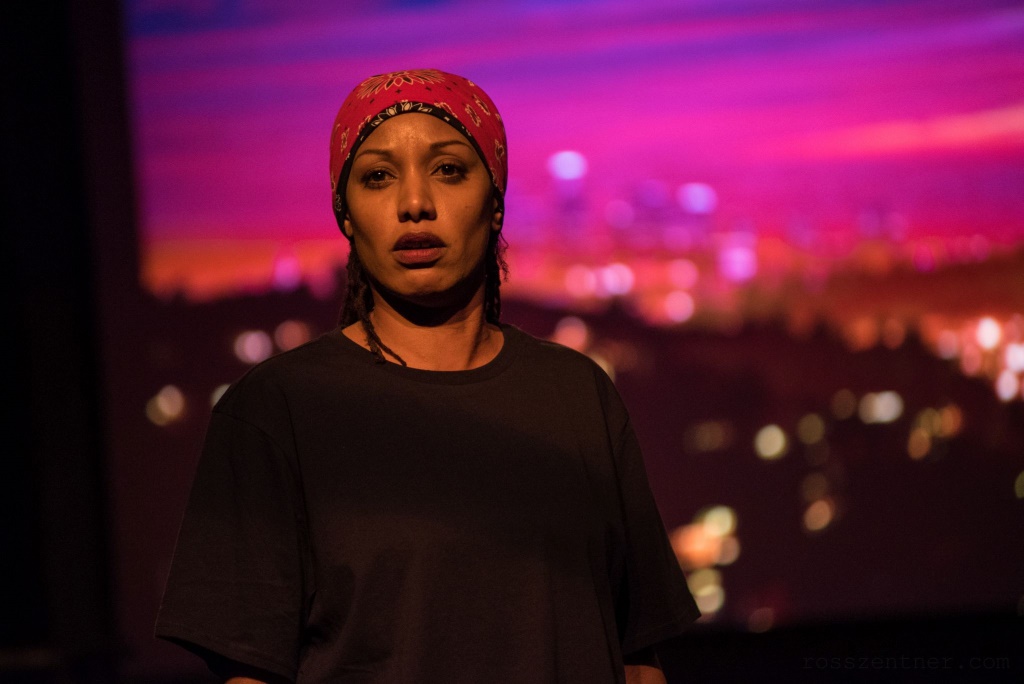 It was intended as a one-woman play to stretch Anna Deavere Smith’s remarkable stage skills. It was based on 37 verbatim interviews up and down the social scale in the wake of the Los Angeles riots (after Rodney King’s beating was captured on video and white passersby and Korean merchants were attacked brutally in the angry reaction to the acquittal of police).

Noted theater artist Smith wrought better than she knew two decades ago.  She listened harder than America had a right to expect, capturing a diverse audience of witnesses, pundits and victims, creating a drama with a  balanced insightful response to the tug of hearts and minds in a nation at urban war with itself.

It’s not that we haven’t learned since then, it’s that only through her empathetic artistry for black rage, defensive cops, surprised victims, indifferent Hollywood execs, noted scholars and even nutritionists can we understand the depth of confusion and the range of humanity and issues involved in what we should have recognized. She saw more underneath the videos and slides of brutality than we did.

Through various stage incarnations the result known as Twilight: Los Angeles, 1992 is now a lasting piece of stage literature. That especially includes Next Act Theatre’s sophisticated, running approach through February 21, of six interlocking actors exchanging ethnicities, gender and class within sophisticated videos and tableaus of staging. The characters don’t have to say Black Lives Matter or “Guns Don’t Kill People Do” (pick your easy slogan) to remind us that this Twilight is still amazingly contemporary. Listen because the pain is real and the catch phrases of today still don’t touch the reality as well as these interviews did. Underneath and within the fabric are both the familiar, mysterious and confounding impulses worthy of Smith’s point-counterpoint – not revelations as much as tugs toward understanding.

It is co-directed by David Cecsarini and Jonathan Smoots, long-term friends and notable acting names, while Cecsarani is artistic director of the theater and also in charge of the busy video and sound design. They   made a careful and decisive choice beyond casting some of the best actors available. Though the piece could easily succumb to heat over light in the power of the stories and characters involved, they chose contemplation and intellectual finesse even as the actors relish (perhaps a bit too much) the throat-clearing hesitations of verbatim storytelling that Smith pursues. The reward, of course, is that the throat clears and the power of reality sweeps over the audience.

Every tale sneaks up and lands hard through key phrases and echoes of purpose within the characters. A moment with scholar Cornel West is actually more revealing of his passion than the hours TV audiences now spend with the ever-present West in interviews. Congresswoman Maxine Waters not only relishes her impact on the White House, but combines the ego of her satisfaction with the public’s fury to know. A woman whose life was saved from a bullet by the baby in her womb emerges not just poignant but committed on the simple human level – without pretense of sophistication – to the power of her baby. On and on, the actors enjoy the rhythms of the language without abandoning the threads of how it’s not brains that characterized the observers, but the visceral nature of who they were and how they had to absorb the unexpected and keep marching.

This makes for the sort of theater an audience not only listens to but cannot escape – not in the way we turn off the TV set or dismiss the people in urban conflict with partisan slogans. It was theatrical pioneer Bertolt Brecht who used to preach that theater was a better place for people to absorb lessons than be carried away by petty emotions. Twilight proves there can be a balance among such elements and audiences should relish this unique ability of live theater to both touch and inform.

To that process, Next Act has brought some of the mightiest diva names in Milwaukee acting – African American performer Marti Gobel and the queen of all character impersonations, Angela Iannone. Both bring a distinctive power and chameleon instincts to a variety of impersonations, without calling attention to their art but letting the characters speak through them.

But they are hardly alone. Rammel Chan acquits himself in multiple incarnations – identities Asian and otherwise —  with a sly sense of humor and comment, not exaggerating the physical deftness of the changes. Andrew Muwonge has a solid nobility whether presenting black rage or a police officer justifying body blows, and Andrew Perez slides remarkable well into different characters with vocal and physical skill. Ryan Schabach has many opportunities to prove he can range high and low on the social scale, but I think the directors didn’t help him by seeking a punk rap persona to portray the worse elements of a rioting society.  It is a stereotype that doesn’t fit the usually quicksilver methods of the presentation.

Twilight: Los Angeles, 1992 may surprise audiences in that it doesn’t indulge in the polemics we tend to associate with urban uproar.  It doesn’t play into the easy dismissal of ethnic conflict, white vs. black, Beverly Hills vs. Watts. Everyone is brought down a peg, everyone is elevated into humanity. There is nothing cheap about the play or the presentation. 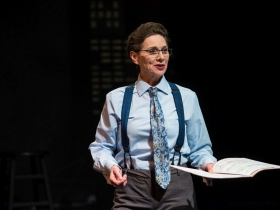 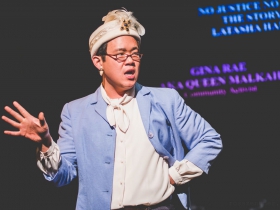 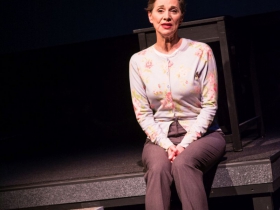 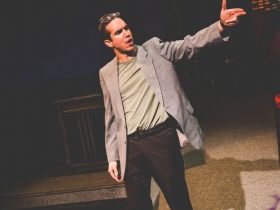 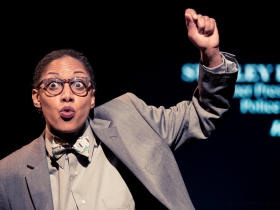 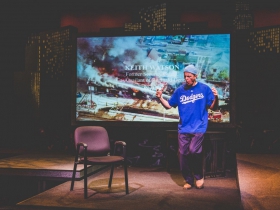 2 thoughts on “Theater: A Nation at Urban War With Itself”