Percent of lead-poisoned children in Wisconsin nearly as high as in Flint.

By Silke Schmidt and Dee J. Hall, Wisconsin Center for Investigative Journalism - Feb 1st, 2016 01:11 pm
Get a daily rundown of the top stories on Urban Milwaukee 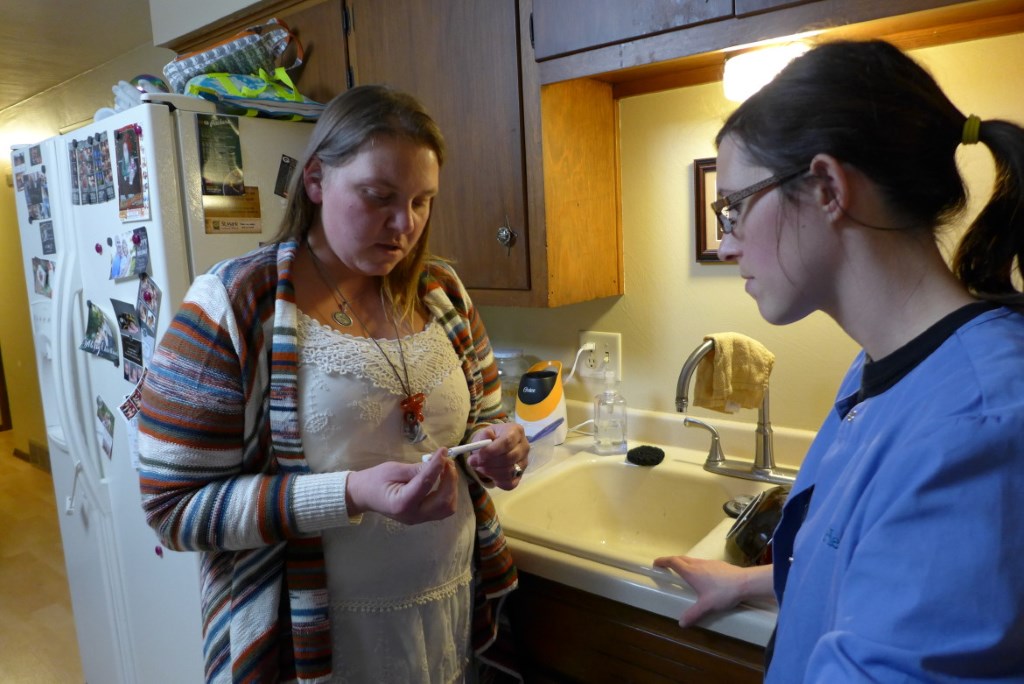 Crystal Wozniak, left, shows Green Bay homeowner Jackie Grant how to test her home for lead hazards. After she learned her own son was lead poisoned in 2013, Wozniak made it her mission to spread awareness about the presences of lead in households. “Most moms or families do want to protect their kids and there’s just so many people that don’t know about this hidden hazard and how badly it affects young children,” she said. Photo by Bridgit Bowden of Wisconsin Public Radio.

Lead in drinking water, which has ignited a public health crisis in Flint, Michigan, is largely ignored as a potential contributor to elevated blood lead levels in thousands of Wisconsin children, records and interviews show.

Nearly 4,000 children in Wisconsin were diagnosed with elevated levels of lead in their blood in 2014, though the number has fallen over the years thanks in part to bans on lead in paint and gasoline. Unlike in Flint, however, it is not known to what extent lead in the drinking water contributes to elevated blood lead levels in Wisconsin.

The percentage of lead-poisoned children among those tested in Wisconsin — 4.5 percent — is similar to the 4.9 percent of children diagnosed in 2015 in the Flint region, where state and federal officials have declared a state of emergency over the spike in lead in drinking water and children’s blood.

In Milwaukee, the percentage is even higher: 8.6 percent of children tested in 2014 had blood lead levels above 5 micrograms per deciliter, the level at which children are known to suffer health problems, according to the Wisconsin Department of Health Services.

Even those percentages likely understate the magnitude of the problem, said Marc Edwards, the Virginia Tech professor and MacArthur “genius grant” recipient whose team helped identify the lead problem in Flint’s water. Standard testing for lead in blood begins around age 1, a time when children become mobile and may be exposed to lead paint or dust — ignoring infants on formula who may be ingesting large amounts of lead-tainted tap water.

“Neither in Flint nor in Wisconsin is the greatest at-risk group being tested,” Edwards said. 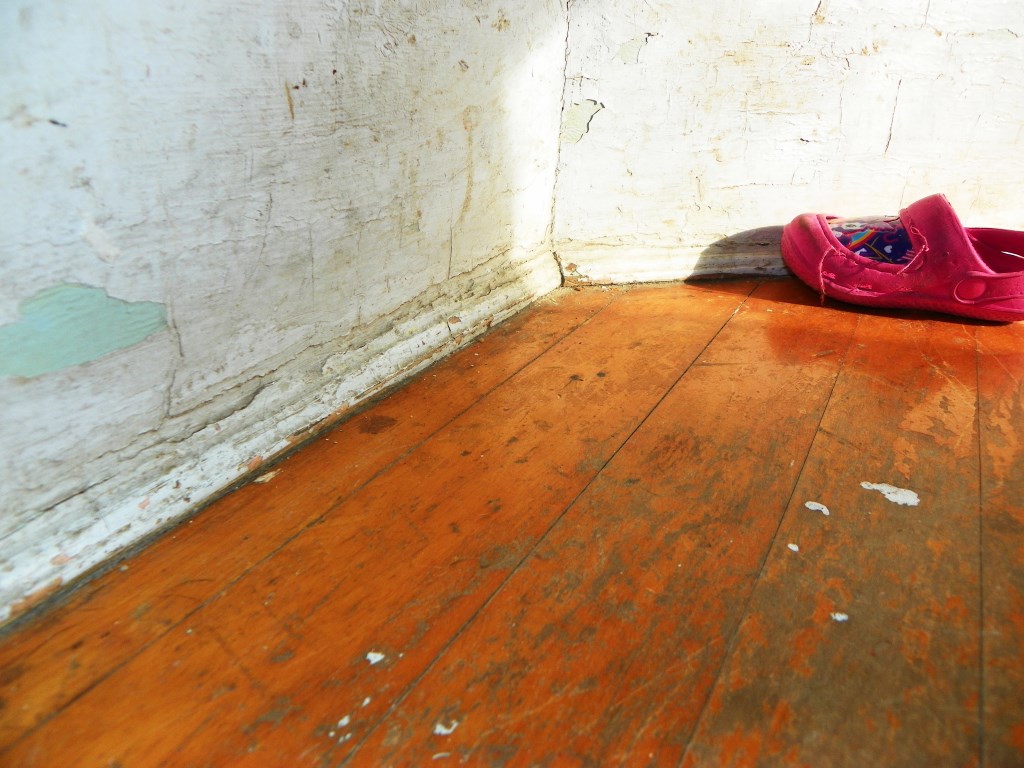 Lead poisoning of children has largely been tied to contact with old, peeling paint containing lead. But experts say children can ingest lead through water and that regulatory agencies do not pay enough attention to that threat. Photo by Matt Campbell of the Wisconsin Center for Investigative Journalism.

Lead’s effects are severe and permanent. Reduced intelligence, learning disabilities and developmental delays have all been attributed to lead exposure in young children, particularly those under age 6 whose developing brains are most vulnerable.

Some studies have linked childhood lead poisoning to disruptive behavior at school and a greater likelihood of violent crime in adulthood. Lead exposure in pregnant women has been associated with an increased risk of fetal death.

The U.S. Environmental Protection Agency acknowledged the contribution of water to the nation’s lead exposure in 1991 when it estimated that drinking water accounts for about 20 percent of average lead exposure, but as much as 85 percent of exposure for infants consuming formula made with tap water.

Because of the dangers of lead, the United States started phasing out leaded gasoline in 1973 until it was virtually eliminated in 1988. The use of lead-based paints steadily decreased after 1950 until the additive was banned from the market in 1978. The use of lead for plumbing was outlawed in 1986, although until January 2014, “lead-free” indoor plumbing components could legally contain up to 8 percent lead. 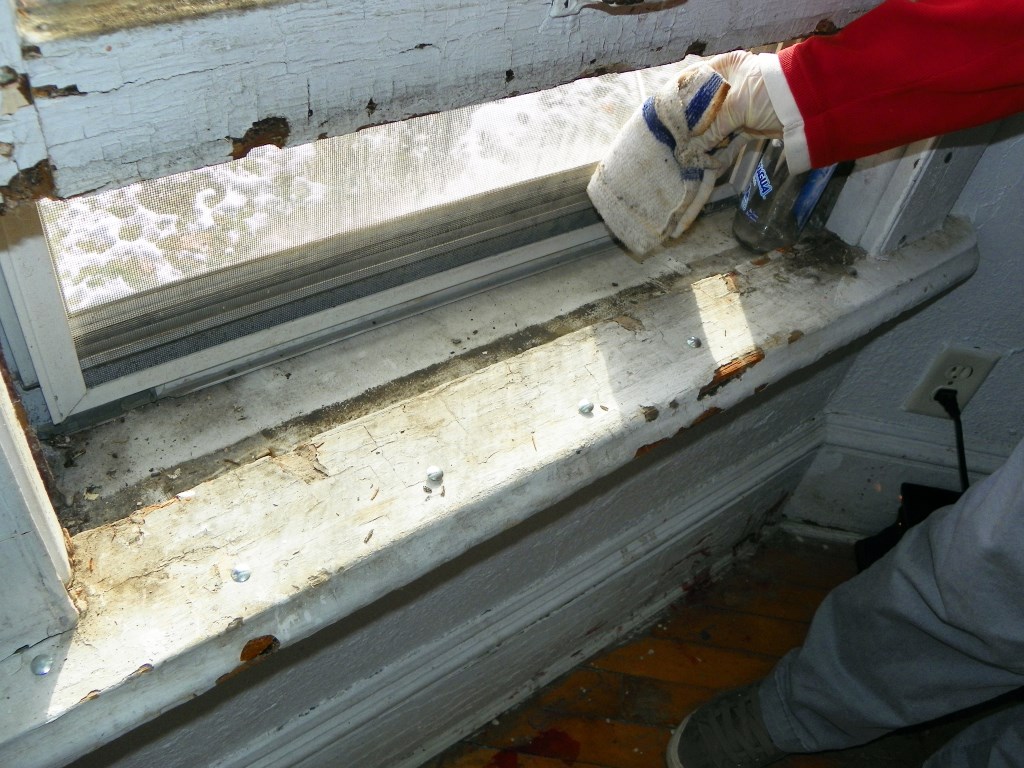 Old, peeling paint, seen in this windowsill in a rental property in Milwaukee, is often blamed for lead poisoning in children. But experts and advocates point out that lead from aging pipes also can make its way into drinking water, providing another avenue of lead exposure. Photo by Matt Campbell of the Wisconsin Center for Investigative Journalism.

But lead paint is not the only hazard of old housing stock. For decades beginning in the late 1800s, lead was a commonly used material in the pipes that carry drinking water from the water main to individual homes, also known as lead service lines. There are an estimated 176,000 such lead pipes in Wisconsin, where greatly elevated levels of lead of at least 100 parts per billion — or more than six times the federal safety level — have been detected in public water systems in 24 of the 72 counties.

Recognizing the danger posed by lead in water, some scientists have argued for years that the focus of health officials on lead-contaminated paint and dust as the cause of childhood lead poisoning is too narrow and that water should be investigated as another significant exposure source.

Yanna Lambrinidou, a researcher and instructor at Virginia Tech, said the CDC and public health community are “doing tremendous damage” by failing to require testing for lead in drinking water when a child is lead poisoned.

“It’s putting generations of kids in harm’s way for absolutely no good reason,” she said.

A study led by Dr. Mona Hanna-Attisha, the Flint pediatrician who sounded the alarm about elevated blood lead levels among children in her community, described the crisis as a warning to other communities with aging water infrastructure and limited budgets.

“The situation in Flint, Michigan,” Hanna-Attisha and her research colleagues concluded, “may be a harbinger for future safe drinking-water challenges.”