Like a phoenix rising from the ashes – in this case a second time – the Milwaukee Chamber Orchestra performed an inaugural concert Monday evening at Wisconsin Lutheran College. The new version has been christened Milwaukee Musaik. The strategic model is substantially different than the old. Rather than routinely bringing together a full chamber orchestra, Milwaukee Musaik will create concerts using small ensembles of varying configurations. Chamber music is not new to most of its members. Over time, members from the Arcas and Philomusica quartets, the Prometheus Trio and the Cream City wind ensemble will participate. A changing cast of characters is anticipated, grounded in the rich resource of the Milwaukee Symphony Orchestra’s players.

In another change, the new organization will be managed by the artists themselves. The first challenge: Getting the word out for the first concert. The administrative detail and networking required has deeply involved a small core of volunteers. The weather did not cooperate. The peak of a small storm rolled through just as people prepared to drive to the concert. The result was auspicious, however. Nearly 200 attended, motivated to cheer on the new venture.

The ovation by the end of the concert was earned by an interesting, well executed concert. The audience was treated to a survey of the best of writing for string ensemble. The key variable: the relationship of soloists and ensemble. 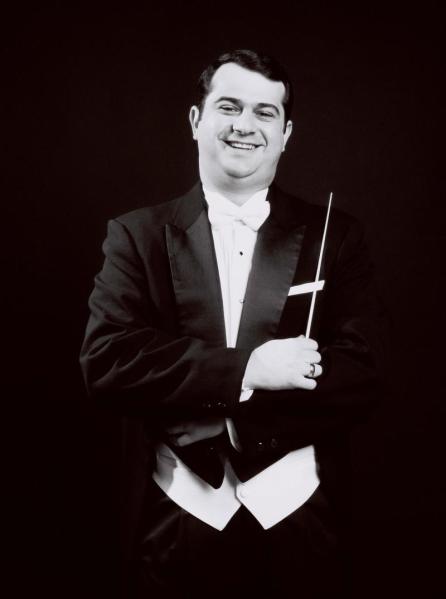 As Conductor Alexander (Sasha) Mandl explained in a brief talk before the concert began, string ensemble forms can be traced to innovations by Arcangelo Corelli in the 17th century. Three of the four selections broke the ensemble into many parts – a background player (basso continuo) grounds the work and signals the tempo, a small chamber group works together to shape the melody, a somewhat larger group responds and the whole ensemble comes together (tutti) to underscore the development. Individuals in the chamber section also take solo roles. Assignments were rotated, allowing the audience to get to know many of the individual players.

Corelli was represented by Concerto Grosso in D major, Opus 6, No. 1. Becker provided a basso continuo baseline on harpsichord. The soloists, violinists Kim and  Leung and cellist Tisdel, played as a trio in conversation with the larger ensemble.

Mandl’s conducting style is expansive. His attention to detail was broadcast explicitly to ensemble and audience. Mandl was intent on exploring the nuances and the contrasting elements within each piece.

The ensemble followed with a brilliant rendition of classic Antonio Vivaldi, the Concerto for four violins and cello in B minor, RV580. Contemporary interpretations of Vivaldi emphasize the dramatic, maintaining a fast tempo in the outer sections. Cellist Szczepanek joined four violins in the chamber section. The work offers the daring virtuosity of Vivaldi’s Four Seasons but with four violins taking the solo turns. A fast tempo for the ensemble meant that soloists faced difficult sections at twice that speed. Kadota and Ayres raced through their solos with confidence, Leung held back a bit. Kim was comfortable enough with the pace to add an additional dimension to her playing.

A 19th century work by Leoš Janáček, Idyll for string orchestra, JW 6/3 follows a more familiar form. Individual players disappear within the full ensemble. Compared to the varieties of “concerto grosso” offered, the Janáček seemed less riveting. But under Mandl’s direction, the group exhibited the tight ensemble playing we have come to expect from the well-tuned Milwaukee Symphony Orchestra.

The suite in seven movements features a mix of differently paced dance movements. The underlying Czech rhythms stood out, reminding one of themes championed by Dvorak and Smetana. The specific character of Czech folk music seemed to be captured well, with inflections and rhythms not to be confused with Russian, Hungarian or other sources.

Warm feelings between audience and ensemble came together as the ensemble served up a bonbon by Wolfgang Amadeus Mozart, Serenade No. 6 in D major, K239, “Serenata notturna.”  A quartet of players — violinists Kim and Klabunde, violist Pipal, and bassist Ginn — led the way. Timpanist Wetzel filled what had been the basso continuo role, leading the pace in an opening march. After a pleasant country-style minuet, the fun begins.

In the final rondo, a playful ditty separates a series of improvisatory sections that Mozart filled with musical jokes his contemporary audience would get. The Milwaukee Musiak ensemble performed an updated version. Each of the quartet offered a brief cadenza (more a slap stick riff) on their instrument – clowning around with the sounds their instrument can make. Wetzel took a virtuosic turn – treating his timpani as a drum kit. Kim capped off the process with a lengthy cadenza ending with a bit of Twinkle Twinkle Little Star – a standard first work for Suzuki style young violinists. I was not able to keep up with the string of musical references Kim worked into her turn. Mandl supplied the list – Grofe’s donkeys on the Grand Canyon trail, a Tchaikovsky concerto cadenza, a Mozart concertante, a Paganini caprice, a Beethoven concerto, Waxman’s Carmen fantasy and a touch of a Ysaye Ballade. The soloists each wrote their own cadenza, delighting both audience and performers.

As pleasant as Janáček’s Idyll may be, the three pre-1800 works offered a more personal glimpse into the talents of the ensemble. I look forward to next season’s opportunity to bring the string orchestra together again.

On March 1st a “European Tour” concert will play music written for septets mixing wind instruments and string players. An April 3rd concert, “In Memoriam, Music of the First World War” will involve a string quartet, clarinet, flute, harp, piano and baritone. Each of these concerts will be performed in a salon-style room at Mount Mary University.