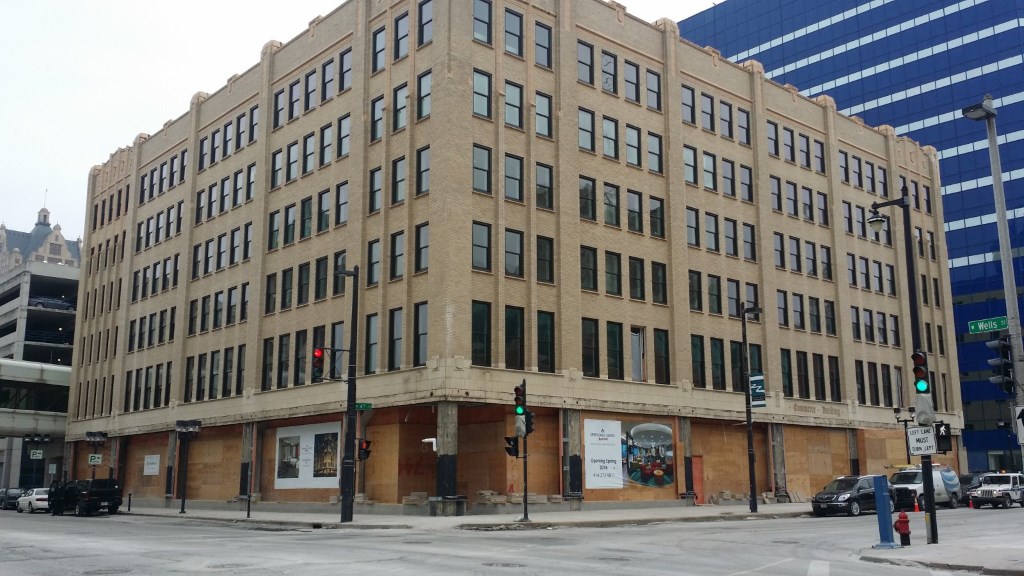 The Commerce Building, a century old, former office building at 744 N. 4th St., is turning into the brand new, 155-room SpringHill Suites Marriott hotel. Back in September, the first floor was under heavy construction. As we can see from our photos now, the outside is nearly completed.

The building and adjoining lot, at 734 N. 4th St., was sold by Zilber Ltd. to local developer Jackson Street Management LLC for $4.5 million in December 2014.

According to the Milwaukee Business Journal, Jackson Street is working in collaboration with project manager White Lodging Services Corp., an Indiana-based corporation. The SpringHill Suites hotel marks the second collaboration between the two, with the first one being the 205-room Milwaukee Marriott Downtown at 323 E. Wisconsin Ave. Kahler Slater is serving as the architect for the SpringHill Suites hotel. Arrival Partners, who also worked with Jackson Street on Milwaukee Marriott, is serving as the hotel designer.

White Lodging announced that SpringHill Suites is the first hotel in 15 years to be connected to the Wisconsin Center, which is right across the street. As Arrival Partners notes on their website, this is “the only all-suites hotel connected via skywalk” to the convention center.

“We are excited to once again partner with Jackson Street Holdings on this new hotel that will be a key addition for convention attendees and business travelers with its indoor connection to the center,” said Chris Anderson — senior vice president and chief revenue officer for White Lodging – in the announcement. Officials with Visit Milwaukee and others in the tourism and conventions business have long argued that more hotel rooms are needed near the convention center.

According to Urban Milwaukee’s informational page on the building, an application for a tavern license was filed January 7th, confirming there will be a restaurant as promised by Arrival Partners. Fun fact: the first floor retail space in the 92,225 square-foot building was home to the Barack Obama‘s campaign office in 2008.

The project is costing Jackson Street $17 million. Financing includes a $3.4 million allotment of historic preservation tax credits from the State of Wisconsin as well as federal credits. According to a sign posted on site, financing is also being provided by Associated Bank.

The SpringHill Suites hotel is planned to open, fittingly enough, in the spring of 2016. When it opens, it will include 90 underground parking spaces (according to city records), a fitness center and a 2,000 square-foot meeting space. For more information, check out the hotel’s website. 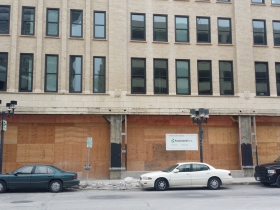 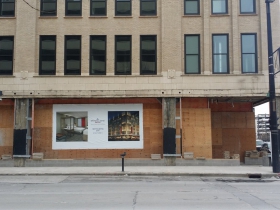 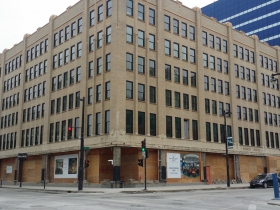 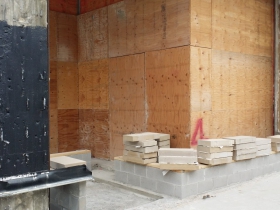 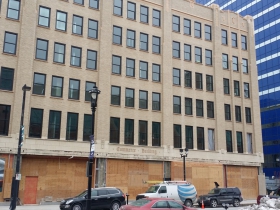 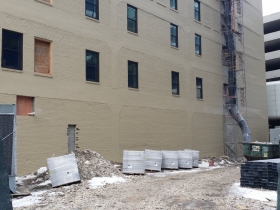