New 150-room downtown hotel will be connected to convention center. 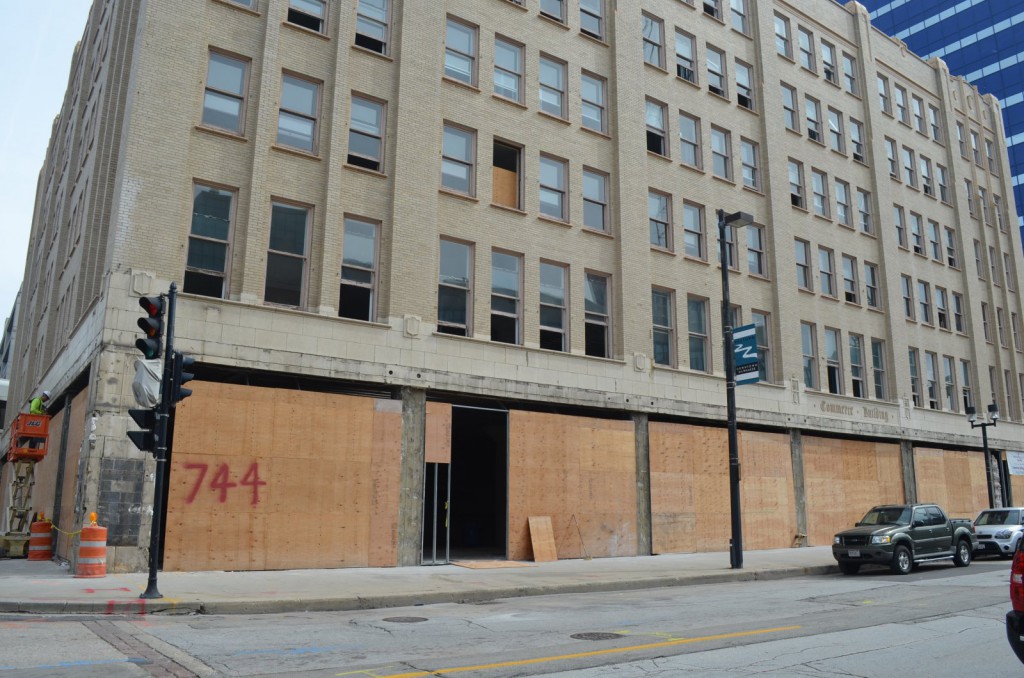 A SpringHill Suites Marriott hotel is coming to downtown. The hotel will be in the Commerce Building, located in Westown at 744 N. 4th St. The building, built in 1918, is currently being renovated. It formerly was an office building.

In December of last year, the building and an adjoining lot were sold by Zilber Ltd. to developer Jackson Street Management LLC for $4.5 million. Jackson Street Management, led by Ed Carow and Mark Flaherty, is spending $17 million on the project. Project financing includes a $3.4 million allotment of historic preservation tax credits from the State of Wisconsin as well as federal credits. Kahler Slater is serving as the project architect.

The 92,225 square-foot building has 90 underground parking spaces according to city records. The hotel will include 150 rooms, a fitness center and a 2,000 sq-ft meeting space.

The building is located across the street from the Wisconsin Center, giving it a prime location to attract convention business. According to hotel designer Arrival Partners website, it will be the only all-suites hotel connected via skywalk to the convention center. The skywalk connection already exists through the rear of the building.

The SpringHill project is far from Jackson Street Management’s only project in the area. The group has also developed the 205-room Milwaukee Marriott Downtown and 160-room Aloft hotels. They’re also planning to open a Westin Hotel attached to the U.S. Bank Center in the empty lot to the south.

The hotel is expected to open in April of 2016. The hotel’s website is currently accepting reservations starting in May 2016. 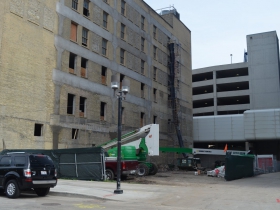 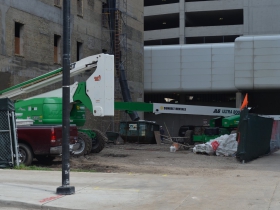 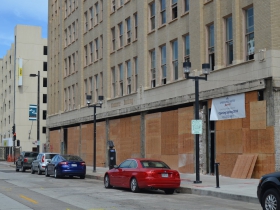 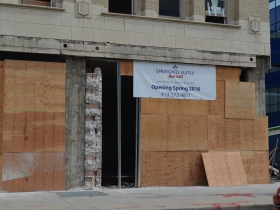 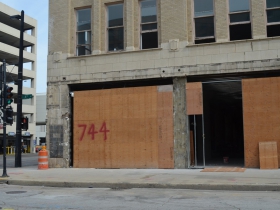 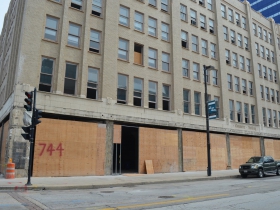