Needs to raise $40,000 by year's end or must cut its income tax assistance program.

By Edgar Mendez, Milwaukee Neighborhood News Service - Dec 20th, 2015 11:39 am
Get a daily rundown of the top stories on Urban Milwaukee 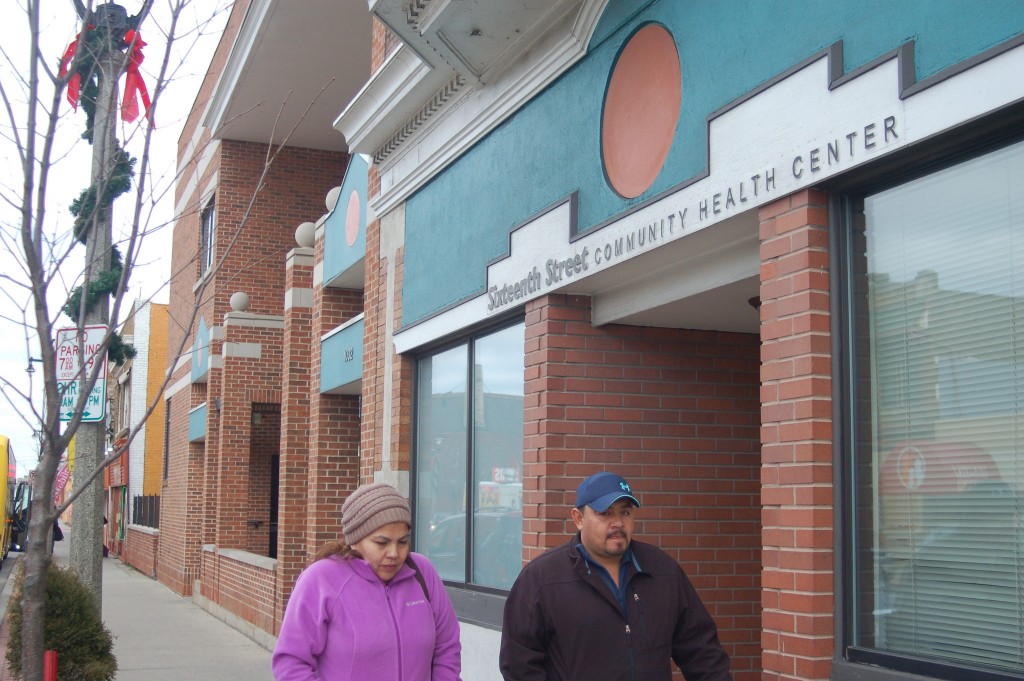 Unless the Social Development Commission can raise $40,000 by Dec. 31, there will be major cuts to its popular Volunteer Income Tax Assistance (VITA) program, according to Patrice Harris, director of community relations and marketing for the organization.

Last year, SDC’s team of volunteer tax preparers served 13,800 people in Milwaukee. Since the program began at SDC in 2001 it has served more than 162,000 low- to middle-income households in Milwaukee, according to Harris.

“More than $174 million has been returned to the Milwaukee economy through the program,” Harris said.

Unless the hole is filled, SDC would likely reduce the program from five sites to three in 2016, said Harris. Residents have been known to brave the cold and form lines outside SDC sites as early as 7 a.m. to receive free tax preparation services. 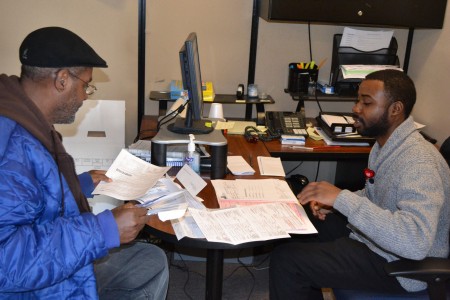 A volunteer tax preparer works with a client at SDC’s Teutonia site. Photo courtesy of SDC.

According to LaToya Jones, VITA program manager at SDC, individuals who don’t have access to free tax services will likely have to pay tax preparers.

“They’re going to charge them a few hundred dollars and that money is really going to reduce what they could be bringing back home to their families,” Jones said.

Tritt agreed that a reduction in free tax services could push people to utilize expensive services, but it also might result in residents filling out their own tax returns. “They might miss out on valuable tax credits without even knowing it or make mistakes that could lead to them getting audited,” he said.

The volunteer SDC preparers also help clients file for Homestead, Child Tax and other credits, in addition to connecting them with financial literacy services, said Jones.

Tritt said residents in the community surrounding the health center have a great need for the service.

The VITA program operates at several other sites in the city including Journey House, 2110 W. Scott, and at MATC’s downtown campus, 700 W. State. SDC’s sites serve, by far, the most residents.

It’s not yet known whether the Sixteenth Street VITA site would be eliminated if the program is downsized.

The Internal Revenue Service matches funds raised by SDC for the VITA program. Because SDC lost a $40,000 grant this year, total funding for the $300,000 program would drop by $80,000.

Earlier this year, SDC lost its county contract to provide energy assistance services. The organization is in the process of moving its headquarters to the Lindsay Heights neighborhood.

SDC is reaching out to the community in hopes of raising the money before the Dec. 29 deadline. “We’re hoping for individual donations of $5, $10 or even $100 or more from a business that wants to support services for low-income families,” Jones said.