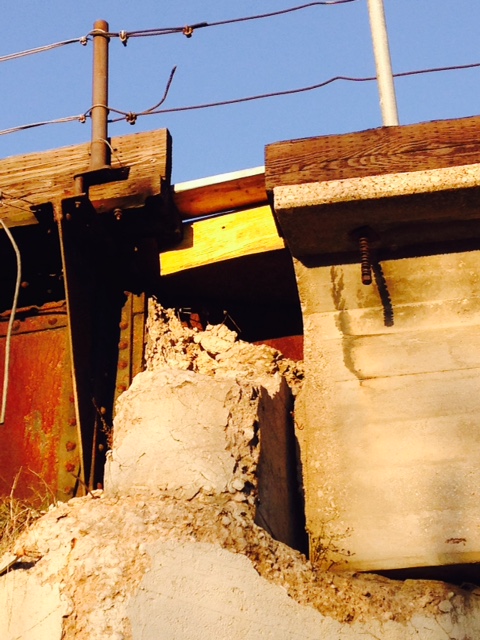 In light of two train derailments in Wisconsin over the weekend and one on Monday in Iowa, the need for effective railroad safety regulations has never been more urgent or self-evident. What is not evident is the safety of our nation’s railroad infrastructure because the railroads continue to withhold important safety inspection information from our communities and first responders.

Since 2008, oil train traffic has increased by over 5,000 percent, largely due to increased production of Bakken oil from North Dakota. Bakken crude oil is highly combustible and sinks to the bottom of waterways, making clean-up and restoration efforts very difficult.

In the Milwaukee River Basin, Canadian Pacific operates a major rail route where combustible crude oil is being transported through major urban areas, crosses our local rivers and creeks at least 36 times and runs parallel to our rivers for miles. These railways have become “virtual pipelines” for hazardous fuels and ultimately endanger the health of our water and our communities. A spill of crude oil into the rivers could cause long-lasting, if not permanent, damage to fish populations and other aquatic life, and threaten Lake Michigan, our drinking water source.

Adding to the concerns is seemingly inadequate maintenance by railroad owners and a lack of federal oversight of safety inspections by the Federal Railroad Administration (FRA). As such, the federal government estimates the U.S. will see an average of 14 oil train accidents per year over the next 5 years. This is unacceptable.

The inherent risk in carrying hazardous fuels over waterways and through communities is a significant part of the problem, but the lack of transparency from railroad companies is another. Canadian Pacific has regularly refused to supply inspection reports to the City of Milwaukee on “Old Rusty”, the nearly 100-year-old rail bridge at 1st and Pittsburgh. Its steel girders are so corroded there are visible holes, while combustible oil trains pass just feet from many homes and businesses in the Fifth Ward. A train carrying crude oil that passed through downtown Milwaukee two years ago went on to Lac Megantic, Quebec where it derailed and exploded, killing 47 people and destroying 30 downtown buildings. 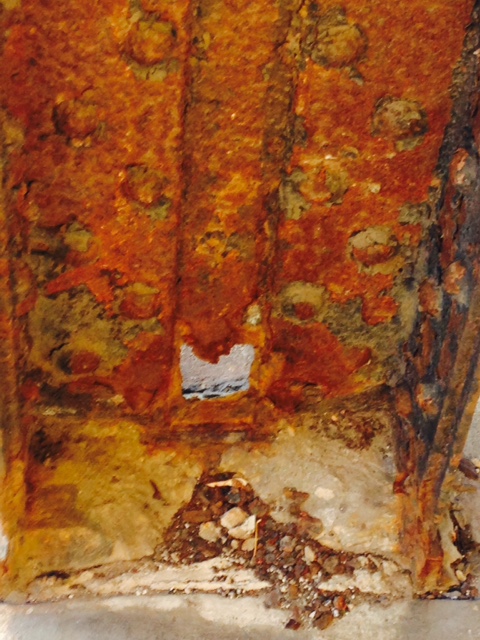 And Old Rusty is just one of more than 100,000 rail bridges in the U.S. that the public knows little or nothing about–not only with respect to the structural integrity of the tracks but also the kinds of hazardous materials being carried in the tankers. Waterkeeper Alliance, our umbrella organization, just released a report documenting that half of 250 oil train bridges inspected by Waterkeepers across the U.S. showed signs of considerable deterioration. Federal law currently leaves inspection of railroad infrastructure to the railroad owners with little or no government oversight.

Thankfully, Wisconsin Senator Tammy Baldwin is leading the charge for improved railroad safety, and has authored Federal Legislation—the Crude by Rail Safety Act—that would require new safety regulations to mitigate the volatility of gasses in Bakken crude oil and immediately halt the use of older, “thin-skinned”, high-risk tank cars like the kind that spilled ethanol into the Mississippi River last Saturday. Wisconsin lawmakers also recently introduced legislation in response to increasing concerns of shipping crude oil by rail. Their legislation is modeled after a law implemented in Minnesota last year that allocates funding for state rail safety inspectors, trains first responders, and requires railroads to have emergency prevention and response plans.

The Milwaukee River flows cleaner today than it has in many decades. It is unthinkable that after starting to recover from decades of legacy pollution, our rivers are now under increasing threat from a crude oil spill that could erase many of our efforts. We can’t afford to endanger the health of our waterways or the safety of our communities while railroads refuse to disclose important safety information to our cities and first responders. The FRA also needs to be empowered to adequately regulate this industry.

Unless changes are made to address rail safety, it is not a question of if a disastrous spill will occur in Milwaukee; it is a question of when. Our communities and waterways deserve better. Tell Congress and our State Legislature that it’s past time to act on rail safety reform.