Can challenging shows like ‘The Ballad of Emmett Till’ change how we think about race? 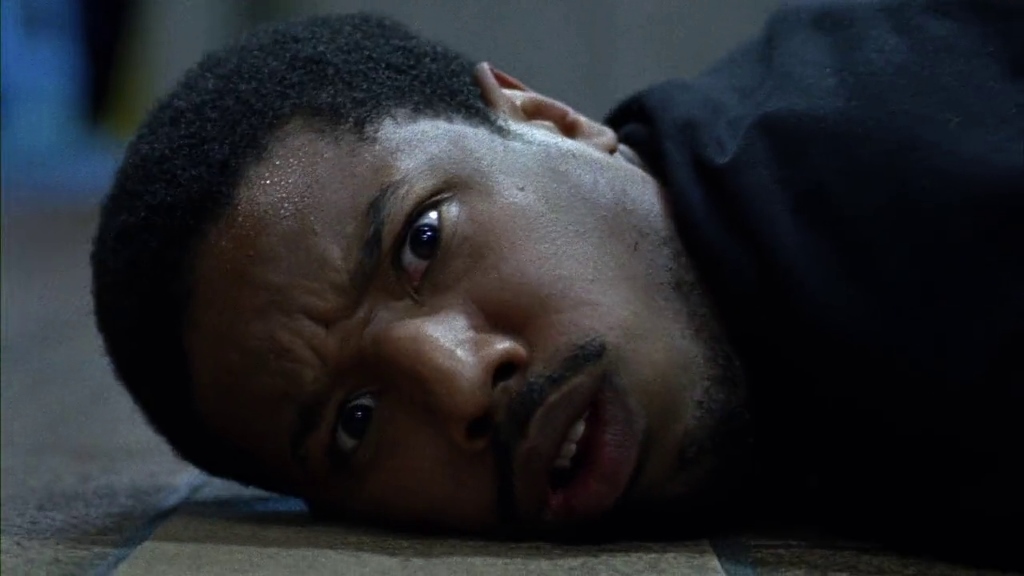 In the Fall of 2013 I sat alone at the Grand Lake Theater in Oakland, California. It was a weekday afternoon screening (late in the theatrical run) of Fruitvale Station, a biopic about Oscar Grant, a young black man gunned down by police on a subway platform only five miles from the theater on New Year’s Eve 2009.

The Grand Lake is just as elegant and awe-inspiring as our Oriental Theatre. The strikingly ornate walls around me amplified the heart-wrenching tale unfolding onscreen. We see Grant going about his final day; taking his girlfriend to work, playing with his daughter, cooking with his mother and hanging with his friends.

What comes across in director Ryan Coogler’s gripping debut is that Grant was a person. That might seem like an obvious and almost offensive idea, but in today’s media landscape young black men are more commonly portrayed as a statistic or worse, as subhuman.

During the film I didn’t shed a tear, but afterwards in the bathroom I lost it, sobbing with an intensity and weight that I’ve seldom felt. The next day I broke down once more when my itinerary happened to take me past Fruitvale Station, the scene of the crime flashing beyond my subway car window. I could see Grant in my fellow subway riders and in the streets of Oakland, his soul looming over my trip like a thick fog in the San Francisco Bay.

A few months later I was back in Milwaukee, unemployed and living with my parents. On Tuesdays I got in the habit of sneaking a lunch into a Marcus Movie Theater and seeing two films for $5. One afternoon I found a seat in a packed screening of 12 Years a Slave, written by Mequon-native John Ridley. Despite its harrowing subject matter and Academy Award-winning caliber, 12 Years a Slave didn’t strike as deep a chord with me as Fruitvale Station. Solomon Northrop’s story is no doubt riveting and unquestionably appalling, but I left the Grand Lake feeling like Oscar Grant could have been one of my friends.

Which brings me to the recent Renaissance Theaterworks production of The Ballad of Emmett Till, starring one of my friends, Marques Causey, in the title role. Till’s mutilated face is a touchstone of the civil rights movement, an unforgettable image, yet an unknown persona. Causey, who read Death of Innocence by Emmett’s mother Mamie to gain a sense of his personality and familial relationships, gave an inspired performance that resurrected Till’s soul.

Rather than focus on Till’s murder and the ensuing trial that galvanized the civil rights movement, playwright Ifa Bayeza has composed a celebration of Till’s spirit. In the skillful hands of director Marti Gobel The Ballad of Emmett Till’s terrific ensemble brought the joys, fears, songs, laughter and love of the Till family to life.

The set featured a few pieces of wooden furniture that the cast rearranged before each scene, the most prominent being a large rectangular box. Though it was at various times used as a table, a car, and a chest, its primary function was as a casket, a constant reminder of Till’s impending demise. The moment of sinking sadness for me did not occur when Emmett’s mother and grandmother stood above the casket horrified by his barely recognizable corpse. It was early in the play during a sweet exchange between Emmett and his mother, familiar banter that transformed Emmett Till from civil rights martyr to flesh-and-blood child.

August 28 marked the 60th anniversary of Till’s brutal murder. The timeliness of Bayeza’s play is a tragedy in and of itself, as young black men continue to be murdered without justice or retribution. The play poses the question, where is the real violence? Is it the many hours that Till was tortured until his soul expired or the fact that his “crime” was speaking to a white woman?

An audience member added, “Having a discussion about race is empty if we don’t consider power relationships in the context of race. What happened to Emmett Till back then was possible because we lived in a society that gave the concept of white the power to do that. Not much has changed. The concept of white makes it possible for police to shoot black men and black women in the street and get away with it. It’s not about black vs. white, us vs. them, it’s about institutional power.”

Having these conversations is an important addendum to experiencing this type of art, which is often labeled as “challenging.” A play like The Ballad of Emmett Till or films like Fruitvale Station and 12 Years a Slave can be difficult to watch, but they provide an essential empathizing function, which is especially beneficial to audiences unfamiliar with the African American experience. They embody the power of great storytelling.

As Causey put it, “We see on the news that a black kid got shot and it doesn’t immediately register in our heart because we’ve become so desensitized. But to get this level of insight and to fall in love with the person, you can begin to relate to them and you think, “Oh, they’re just like my child or my grandchild or they’re just like me.” And then they’re taken away from you and you realize, ‘Wait, that’s not right.’”