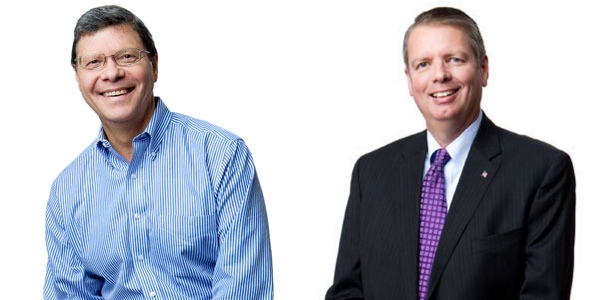 With the Milwaukee Journal Sentinel being absorbed into the Gannett Company’s vast media monoculture, it marks the end of a 178-year era of Milwaukee having at least one locally-controlled daily paper. Many factors figured into this, but it would be a mistake to overlook the impact of talk radio. It was almost a case of assisted suicide, as the company for years allowed its newspaper’s clout in the community to be undermined by attacks from its own employees working for its radio station.

I’ve been a reader/subscriber of the newspaper since 1957. My first job out of high school was as a messenger at the Milwaukee Sentinel. My two sons had Journal routes. I was also a small-time Journal stockholder: I bought $1,000 worth of stock about 2006, and held it until about 2012, watching it decline, finally selling it for under $100. I bought it because I wanted to hold stock in my hometown newspaper. I’m a news hound who consumes local news through other print outlets as well as radio, television and online.

For years, I observed with dismay as employees of one division of the former Journal Communications—WTMJ-AM—savaged another division, the Journal Sentinel. Weekday-radio Republican frontmen Charlie Sykes and Jeff Wagner relentlessly assaulted the politically moderate newspaper for its alleged liberal bias. More damaging, they repeatedly suggested the newspaper was out of touch or outmoded, assailing it as “The Dead Tree.”

WISN radio talker Mark Belling also criticized the newspaper at times, but nowhere near as often. As Bruce Murphy wrote in a feature story on the Journal Sentinel back in May 2005, “Sykes…is far more unrelenting in his criticism, for the simple reason he works for Journal Communications and must prove his independence. Paradoxically, because he works for the same company, his comments can’t be dismissed (as Belling’s might be) as mere goosing by a media competitor.”

“For Sykes,” Murphy went on, “it’s a game he can’t lose. No matter how much coverage the Journal Sentinel gives his favorite issue, he can always claim there’s a bias or that something has been overlooked. Because he is an entertainer, not a journalist, he is not required to balance his comments or calls from listeners. Yet because Sykes is a savvy media critic and WTMJ bills itself as ‘news radio,’ listeners rarely see him for what he is: a polemicist who regularly advances the talking points of the Republican Party.”

All big cities have conservative talk radio, but as Christopher Terry, a media lecturer at UWM, told the Wisconsin Gazette in 2013, they more often have nationally syndicated right-wing bloviators. The fact Milwaukee has not one but two top-rated radio hosts, Sykes and Belling, espousing right-wing (and anti-Journal Sentinel) views is pretty unusual. New Republic writer Alec MacGillis was so struck by the power of talk radio here that he made it a central theme of his story explaining the rise of Scott Walker.

In his interview with Scott Jensen, former Republican speaker of the state Assembly, Jensen had this to say about Milwaukee’s conservative talk radio: “The listenership is just so much higher here. And the ability to get people to march in step when [the shows] are all hammering the same themes is extraordinary.”

During the past decade, on several occasions I asked Journal Communications management why this unseemly onslaught from talk radio against the newspaper continued with impunity. Being a stockholder allowed me to raise the issue of Sykes and Wagner being a cancer in the company at an annual meeting several years ago. The powers-that-be seemed unconcerned — or at least expressed no concerns.

Occasionally, I also called Journal Sentinel publisher Betsy Brenner about Sykes. She acknowledged that the invective was disturbing but said she had no authority over him. She even said she did not listen to Sykes’ and Wagner’s shows. I warned her that ignoring them was imperiling the newspaper. Brenner had been responsive on other issues I’ve discussed with her. I had sympathy for her frustration.

I also appreciate that we live in a country with freedom of speech and freedom of the press. We all have the right to speak our minds.  But Journal Communications had no constitutional obligation, nor logical business reason, to employ people who used a company platform to hasten the demise of a sister business. That’s precisely the message Sykes’ “Dead Tree” slur conveys. Conversely, who expects to continue being employed by a corporation while publicly denouncing that company daily on its own radio station? The situation was nothing short of bizarre.

More astonishing, however, was a saga that began in 1996, shortly after Sykes started squawking on TMJ. A mysterious “Liz Woodhouse” began appearing as a pundit on his Friday radio news panel, and on his Sunday-morning WTMJ televised gabfest. The rub was that Woodhouse was an imposter with sketchy credentials, as former Journal Sentinel columnist Tim Cuprisin revealed in January 1997.  In fact, she was Janet Riordan, a sometime singer and actress in local shows–and soon enough Sykes’ third wife. While the rules for radio entertainment are not the same as for journalists, knowingly featuring an imposter on a pundit-panel show might surely raises ethical questions, if the goal is present the truth to listeners and viewers. But if Sykes got even a warning from his Journal Communications honchos, it was never publicized. For the community, it looked like Sykes was given a pass for his ethical lapses.

As one former Journal Sentinel staffer told me, reporters and editors at the paper were frequently incensed by Sykes’ attacks and outraged that the company’s executives allowed this. Why did Journal Communications executives look the other way for years as one arm of the company bashed the other? What corporation anywhere would condone such conduct?

Perhaps these damaging attacks were tolerated because of a miscalculated gamble. As ratings rose for right-wing talk-radio, Journal Communications benefited, short term, from bountiful broadcast ad revenue. Meanwhile, however, Journal Sentinel circulation declined–from above 300,000 two decades ago to about 185,000 today.

Maybe management thought they were garnering a wider share of the market by attracting listeners who identified as right-wing while their newspaper readers spanned the political spectrum. If so, they must have missed how the daily drumbeat against the Journal Sentinel helped drive away readers. Many listeners called the Sykes-Wagner echo chamber to proudly declare they no longer read the newspaper. Ironically, both TMJ listeners and Journal Sentinel core subscribers are a similar demographic—older, whiter, and suburban—just like Charlie and Jeff, who were helping convince them to drop the newspaper.

In any case, a starkly-divided-market-pie approach was not a winning strategy, even in a diversified media company. Consolidated media monopolies often share costs and create synergy. Before the spinoff and sale of the broadcast stations under Scripps, which happened a year ago, Journal Sentinel columnists and reporters were periodic guests on WTMJ-AM and TMJ4 discussing their beats. That was smart business. After all, the “T-M-J” call letters were for “The Milwaukee Journal.”  (Similarly, the Chicago Tribune named its radio station “WGN,” referencing their slogan, “World’s Greatest Newspaper.”)

But that synergy was undercut by the radio division’s two biggest stars, as Sykes and Wagner, day after day, poisoned the atmosphere for Milwaukee’s newspaper of record with their barrage of radioactive rhetoric.

Listeners, readers and Journal Communications executives and stockholders may by now lament that Sykes was permitted to keep yakking—at the expense of all concerned. Perhaps the buyout by Gannett was inevitable, but Sykes and Wagner at the very least made the decline happen more quickly by doing their best to help the locally-owned newspaper truly become a Dead Tree.

39 thoughts on “How Talk Radio Hurt The Journal Sentinel”