A Tale of Three Sports Facilities

How the funding and politics varied for Lambeau Field, Miller Park and Bucks’ new arena. 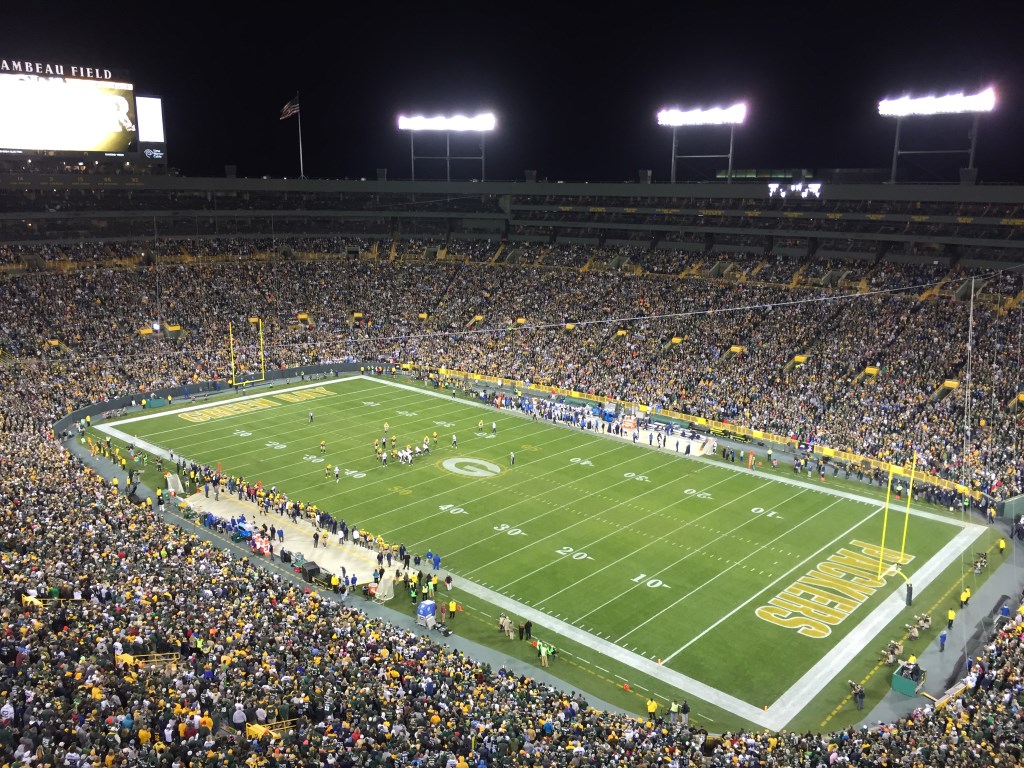 There was a tax cut in Wisconsin on Sept. 30.

OK, taxes were lowered in only one of state’s 72 counties – Brown County  – and it was easy to miss. It had only raised the sales tax on a $10 purchase by 5-cents, after all. And, the tax increase had helped every Cheesehead’s favorite pro football team, the Green Bay Packers.

Let’s review how elected state and local leaders decided to build or remodel the homes of the state’s top three pro sports teams over the last 20 years. In the beginning was the Pack, which played its first game in Green Bay in 1919 – decades ahead of Milwaukee’s Brewers and Bucks.

Like both the 1995 deal that built Miller Park, and this year’s controversial package of $250 million in public funds to pay half of the Bucks new arena, the Lambeau Field upgrade took an act of the Legislature and approval from the governor.

But there was a big difference in the Lambeau Field deal: In a September 2000 referendum, Brown County voters agreed to raise their sales tax by 0.5 percent to pay for it. That didn’t happen in the case of the Brewers new stadium. The sales tax surtax in five counties – Milwaukee, Racine, Waukesha, Ozaukee and Washington – that built Miller Park was approved by the Legislature and then-Gov. Tommy G. Thompson in 1995.

But The Miller Park sales tax surtax is considerably lower – 0.1 percent — than the Brown County surtax. So, when you spend $10 in those five Milwaukee-area counties, 1-cent in sales tax is added for Miller Park.

Before the Bucks arena aid deal was approved, there were calls for it to go before Milwaukee County voters. But, after public opinion polls showed that it may have been defeated, no referendum was scheduled.

Nor is there a specific tax devoted to financing the arena; rather it will be built with a complex mix of funding from the state, Milwaukee County, the city of Milwaukee and the Wisconsin Center District, a special taxing district in Milwaukee County.

In 2001, the Professional Football Stadium District issued $174 million in bonds to remodel the stadium and pay other costs – bonds that were paid off earlier this year. The surtax raised a total of $300.3 million to pay off the principal and interest costs of those bonds, according to Revenue Department figures.

About $259 million in bonds were issued to build Miller Park. The Journal Sentinel estimated they will cost a total of $395 million to pay off, which will not occur until sometime between 2018 and 2021.

Elected officials used 20-year payoff estimates for the $250 million in public funds to pay half of the Bucks arena. But no one knows exactly what 20 years of payments will ultimately cost state and Milwaukee city and county taxpayers.

The green-and-gold Lambeau Field subsidy was also a much more popular sell than the other two projects. The Miller Park financing package cost a Republican state senator, who changed his vote in the middle of the night to support it, his job. And the Bucks deal was not supported by all Milwaukee legislators.

Paying off Lambeau Field bonds left its taxing district with a surplus of more than $17 million. A bill soon to be signed into law introduced by two Green Bay legislators, Republicans Sen. Robert Cowles and Rep. David Steffen, will dictate how that excess must be distributed.

According to the bill, 25 percent of that $17 million must go to Brown County and the remaining 75 percent to cities, villages and towns in that county based on their populations. Also, the $17 million must be used for “property tax relief, tax-levy supported debt relief, or economic development.”

And how often have the Packers and Brewers won, since their new or remodeled digs were approved? Since 2001, the Packers have won 67 percent of all games; since 1996, the Brewers’ won 46 percent of their games.

4 thoughts on “The State of Politics: A Tale of Three Sports Facilities”