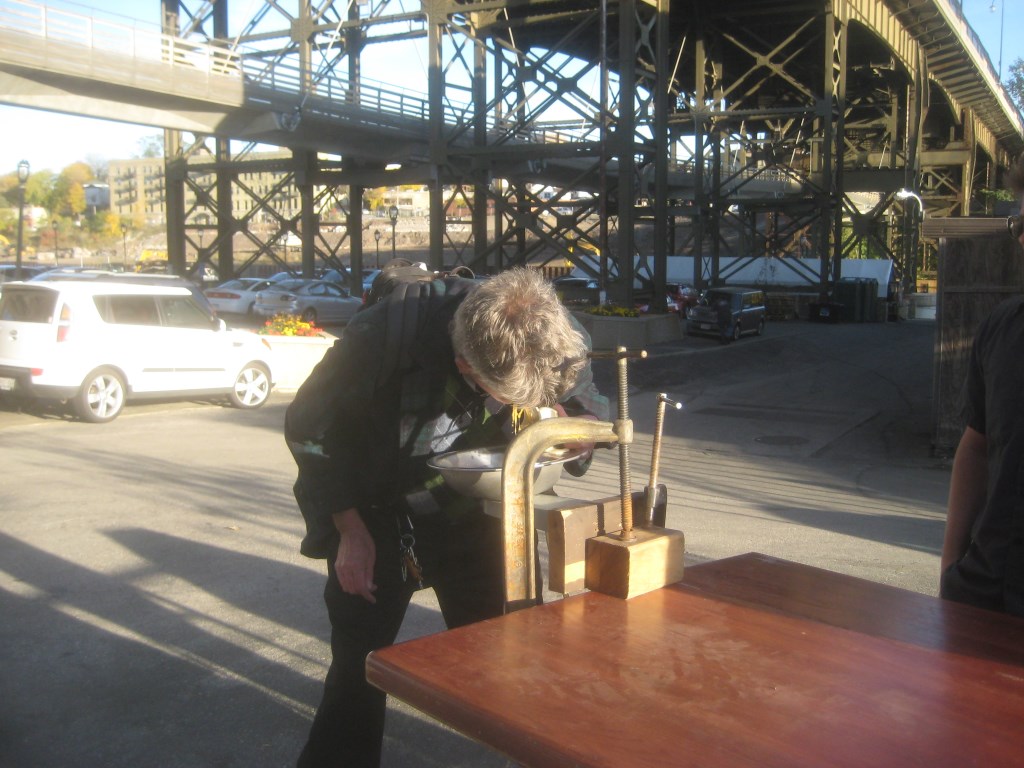 Milwaukee’s 28th Bublr Bike Station opened Thursday, October 22nd across the street from Lakefront Brewery, 1880 N. Commerce St. The nine-dock station with its six resident bicycles was dedicated in high fashion in a brief ceremony at the base of the Edward D. Holton Viaduct and Marsupial Bridge.

A major infrastructure enhancement in his immediate vicinity is not the sort of thing to escape the attention of the ever-inventive Russ Klisch, the former engineer and inveterate tinkerer who owns and operates the busy craft brewery and popular tourist destination.

For the event, which took place at 4:30 p.m. on a very pleasant afternoon, Klisch rigged up a most peculiar contraption. It was a beer bubbler, clamped to an old wooden barrel, and connected to a keg of Lakefront Brewery beer.

Customers were welcome to stick their head into the old water fountain, turn the lever to full blast and to gobble up as much of the frothy brew as could be mustered, while the balance washed expensively away into a 5-gallon pail.

Which Lakefront beer was on tap? Fixed Gear, of course, adding even more to the theme of the gathering.

Among those witnessing the proceedings were City Engineer Jeff Polenske, who has worked with Bublr representatives to locate prime spots for the bike sharing system, which is nearly a third on its way toward a goal of 100 stations across town. Developers Juli Kaufmann and Julilly Kohler appeared at the event as well, as Klisch and Barry Mainwood performed the initial ceremonial docking of the cycles, followed by the drinking of the beers. Assistant City Attorney Mary Schanning was there with her husband Craig Schanning. Both are enthusiastic cyclists and urban Milwaukee dwellers, and neither needed a GPS to find the brewery. They were joined by fellow Assistant City Attorney Kail Decker, and Dan Casanova, also a city employee involved in the redevelopment of the community. Carolyn Weber of Coast Inn Bikes also attended the event, as did neighbor Lai King Moy, also on her bicycle. 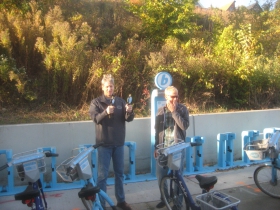 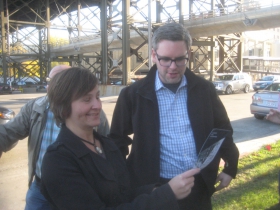 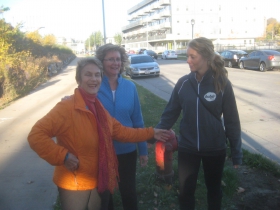 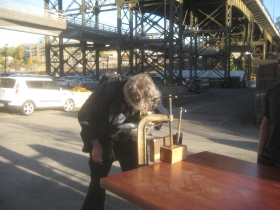 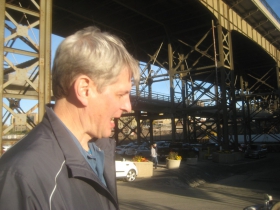 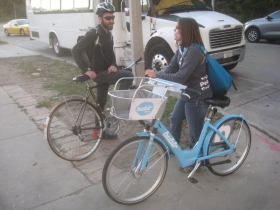