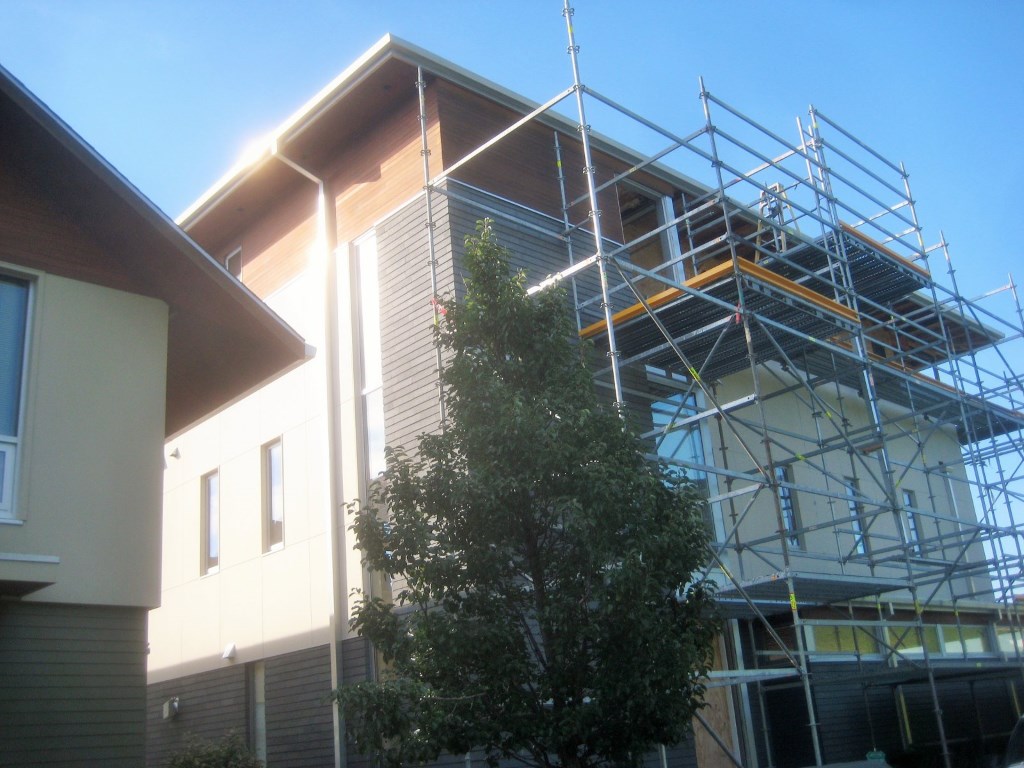 Last year was a tough one for Alex A. Molinaroli, President, CEO and Chairman of Johnson Controls [NYSE: JCI]. In May, 2014, his wife Patsy threw him out of the house after she discovered he was having an affair. For good measure, she shot the place up with a .38 caliber pistol and took an aluminum bat to a Pac Man arcade game, windows and a china cabinet in their 4,428 square foot, $1 million Brookfield home. (Molinaroli was not at home at the time, which may have been just as well.) The Brookfield police charged Patsy Molinaroli with two counts of disorderly conduct.

Molinaroli then decamped from the Gothic horror (I am speaking here of the architecture of the Brookfield home, not of his domestic situation) and moved to a one-bedroom, 1,045 square foot, 20th floor penthouse unit in the Park Lafayette Towers to ponder his next move from his diminished circumstances.

For most of us, dealing with the wrath of a wronged spouse would have been the end of the ordeal — the Molinarolis are now divorced — but Molinaroli still had to face his board of directors.

The directors, who include two women, Natalie A. Black [Mrs. Herbert V. Kohler, Jr.] retired Chief Legal Officer of the Kohler Co., and Julie L. Bushman, a Senior Vice President at 3M, were miffed that Molinaroli’s paramour, Kristin Ihle Helledy, PhD., a psychologist and former professional field athlete (in track and cross-country), was on the Johnson Control payroll as a consultant. This opened up a potential for a conflict of interest at the company with $43 billion annual revenues.

The board reacted with more restraint than did Mrs. Molinaroli, but punished the CEO in December by terminating the contract with Ihle and docking Molinaroli’s bonus by $1 million. That’s a 20 percent cut from the previous year, leaving Molinaroli with a mere $3.92 million bonus to add to his regular salary. That’ll show him!

Molinaroli actually ended 2014 with total compensation of $19.5 million, which was a raise from the $9.6 million he earned in 2013 when he had not yet assumed the total executive domination of Wisconsin’s largest company.

In January, 2015 he went a-shopping for a new crib, and found it in a four-story, 4,164 square foot E. Reservoir Ave. townhouse built in 2005 as part of the 16-unit Park Terrace Bluff Homes, designed by Vetter Denk Architects for Barrett Visionary Development.

In the words of the real estate poet from the building’s “For Sale” listing:

“Spectacular one-of-a-kind modern marvel. 4 levels of style and quality. Main level has a chef’s kitchen with deluxe appliances, dining area, a great room with 2-sided fireplace made for entertaining and an 1400+ square foot outdoor patio overlooking the river and city skyline. 3rd level has a sitting room with outdoor patio and three large guest bedrooms all with attached custom baths. 4th level features master suite with stunning views. Lower level is ready for your own private home theatre. 4+ car garage.”

Molinaroli paid $814,900 for the home, which is by far the largest in the development, and the one with the finest views of the Beerline “B”district, of which this was an early project.

This made Molinaroli the first tycoon with a Reservoir Avenue address since the city’s original Beer Barons moved out of the area in the 1870s. Riverwest is nothing if not diverse.

About Park Terrace Bluff Homes and the Beerline “B”

In 1999 the city proposed a plan for the redevelopment of the Beerline “B” area, a linear neighborhood tucked into a bluff on the west bank of the Milwaukee River. For a century, the Beerline, dotted with coal yards and industrial debris, had been the site of railroad tracks that shipped grain into breweries, and beer out of them, along with other freight.

By the end of the 20th century, the tracks had long since been torn up, and the rails were abandoned. Few, however, saw the potential of the desolate post-industrial hell to be reorganized as a vibrant community of townhouses and apartments, yet that is exactly what has happened over the years.

The city’s design guidelines called for New Urbanism on the site: buildings were to be built close to the sidewalk, with parking in the rear; the city’s street grid was to be observed to the extent that topography would allow; buildings must have entrances facing the street, and must feature regularly ordered glazed surfaces on street facades. Further guidelines covered massing, materials and other considerations.

The development master plan featured illustrations of acceptable buildings, which tended to look very much like the houses and duplexes of Riverwest, but architects were permitted to design the buildings as they saw fit, provided they conformed to the overall plan.

Whereas the Crescent Condominiums and the Commerce Bluff Condominiums indeed were designed in the conventional fashion, the architects at Vetter Denk designed Park Terrace Bluff as an unapologetic 21st century-development. The townhouses and rowhouses featured clean lines and modern materials. Some had pitched roofs, some flat roofs. and the feeling conveyed a sense of old-timey neighborhood without a lot of phony historical detail. The Park Terrace Row Houses and Bluff Homes received one of four Honor Awards in the prestigious 2008 AIA Wisconsin Design Awards competition.

The success of the Vetter Denk project gave other architects the confidence to use a modern idiom when developing Beerline “B” parcels, and all projects built there since have followed suit.

When you’re pulling in close to $20 million a year there should be enough discretionary income left over for a few modest improvements to your new home even after paying off lawyers and an ex-wife, and Molinari is no exception. In August, he took out a $680,000 permit to make alterations to the building in order to ready it for his executive residency, hiring Vetter Denk to return to its 10-year old project for a complete gut-rehab.

Today the commanding residence is ringed by scaffolding, and not one feature of the building remains untouched, with the possible exception of the staircase within. A window has been removed to permit access of construction materials, and whole walls have been ripped out — interior and exterior.

A Vetter Denk banner flies from the fourth floor, announcing the firm’s involvement with the work, and a Dumpster outside fills frequently with construction debris as skilled craftspeople labor within and without. It will be some time until the Johnson Controls potentate gets to move in to his new home, but the work is well underway and is a sight to behold.

Alex Molinaroli, who turns 56 today, was born on October 7th, 1959 in Parkersburg, West Virginia. He has held increasingly responsible jobs at Johnson Controls since he joined the firm in 1983, and was named CEO in October 2013, and Chairman in January 2014.

Waukesha County Judge Jennifer Dorow signed the Molinaroli divorce papers on May 13th, 2015 , but it seems there is still plenty to keep the lawyers busy. According to court records:

“As a consultant, he has assisted the U.S. Department of Justice in complex public corruption cases and other white-collar criminal investigations involving hundreds of thousands of documents. He is a specialist in Internet sleuthing, run-but-can’t-hide pursuit techniques for targets and witnesses, international asset hunting and complex case organization.”

In 2012, Alex and Patsy came up with the $1 million bail for her son John Shealy, then 39, who was later found guilty of drug manufacturing charges in Palm Beach, Florida after an explosion at a factory where crews mixed acetone, marshmallow leaf and an “analogue” to create a dangerous synthetic drug.

It does not appear that Patsy Molinaroli took the divorce well. According to court records she sent an email to her husband’s girlfriend Kristin Ihle Helledy (who is 14 years younger than Patsy) saying “I will destroy you, your family, and business just as you have done to me.” While proceedings were underway, Helledy was granted an injunction effective until April 17th, 2019, ordering Patsy Molinaroli to: 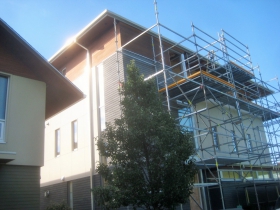 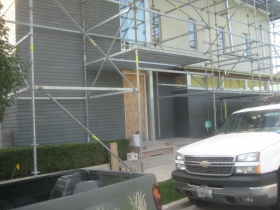 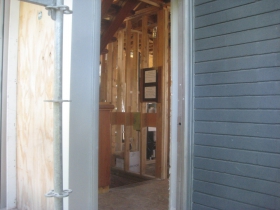 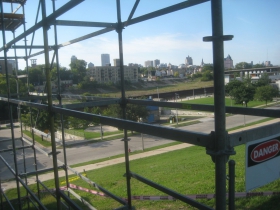 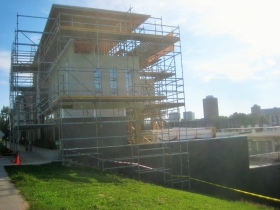 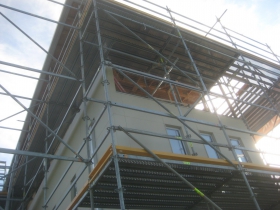 How Milwaukee Is It? The residence is 1.8 miles from City Hall.