Did city's longtime building inspector lack the legal qualifications for the job here? 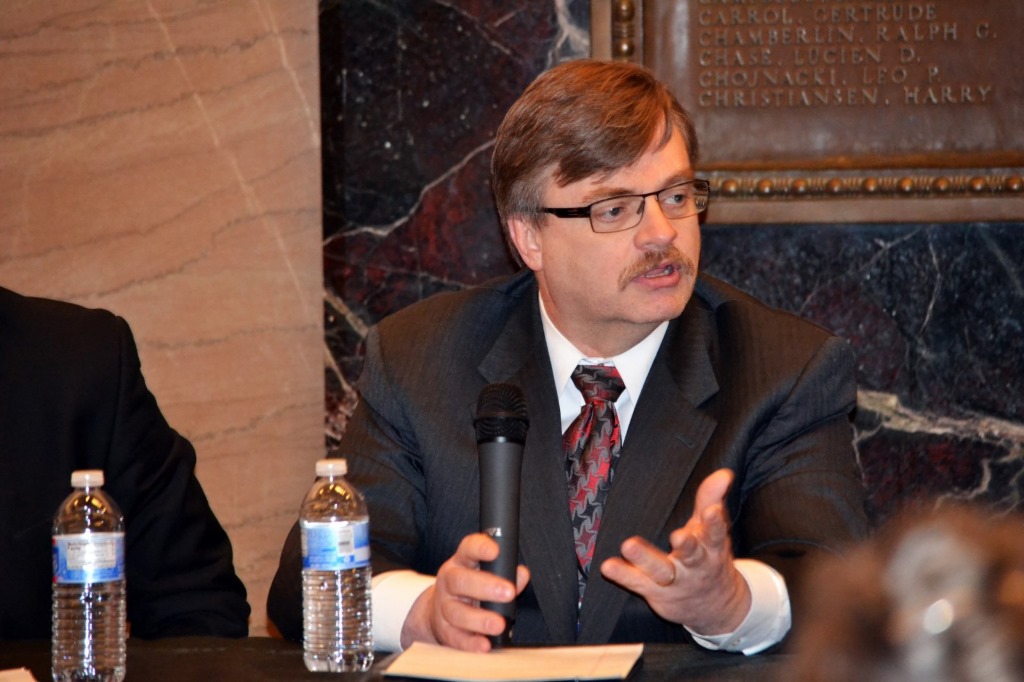 Arthur D. “Art” Dahlberg, Milwaukee’s Commissioner of the Department of Neighborhood Services and Building Inspector since March 2nd, 2009, will be leaving his position on October 16 for a similar job in Cincinnati, he told Urban Milwaukee today. Dahlberg said he loved Milwaukee and loved his job here, yet was leaving just the same. He declined to discuss whether the Cincinnati job would give him a raise in salary, but the city of Cincinnati has noted that he was hired after a “multi-month” national search.

Dahlberg’s current salary is $141,140.05 per year, according to city records, ranking him among the top 20 highest-paid city employees.

But questions linger whether Dahlberg was ever qualified to hold the job here.

It was back in June that I made inquiries to city officials as to whether Dahlberg met the legal qualifications for the job, according to Chapter 8 of the City Charter.

According to the text of the charter,  “The Commissioner of  Building Inspection shall have had at least 5 years’ experience as an architect, builder or in connection with supervision of building construction.”

However, Dahlberg’s resume is seen by some as failing to meet the requirements. It reads:

“Mr. Dahlberg has a degree in engineering from Kansas State University as well as 24 years of experience in the interpretation and enforcement of building, housing and fire codes. In his career he has been a building inspector, fire protection inspector, fire prevention inspector, a plan reviewer, a fire investigator, a member of a collapse response team as well as a building official/fire official for three communities in Virginia. He has been involved in the development of codes at the national level as well as the development and management of programs at a local level.”

That’s certainly impressive. But Dahlberg is not an architect, nor was he a builder, and his experience in building codes as a government administrator does not seem to match the requirement that he be involved in the supervision of building construction. His degree, from Kansas State University, is in Structural Engineering.

On June 22nd, I e-mailed Dahlberg via Thomas G. Mishefske, the Neighborhood Services Operations Director; the latter automatically gets any emails to Dahlberg. I wrote, “I am trying to reconcile the City Charter requirements for Commissioner of Building Inspection with the resume of Mr. Dahlberg.” I did not receive a response to that inquiry.

I made the same request to Jodie Tabak, communications person for Mayor Tom Barrett. Tabak responded by sharing Dahlberg’s CV. But that still left the question of whether his resume met the letter of the law.

I made the same request to Ald. Bob Bauman, who responded, “I am not sure his published resume covers everything. Anyway I would assume the accumulated experience as plan reviewer, building inspector, building official etc. qualifies.”

Tabak says “I was totally assured that we were fine,” as to Dahlberg’s qualifications.

But no one ever explained to me how his resume can be made to fit the very specific language of the city code’s requirements for this job.

And now Dahlberg is leaving. Dahlberg told Urban Milwaukee he loved his job, called Milwaukee “a wonderful city” with so many “wonderful neighborhoods,” and in particular praised — repeatedly — Mayor Barrett, calling him “a visionary… I love the person I work for.” He also praised the solution oriented style of Milwaukee, a “willingness to roll up their sleeves and get things done” which he attributed to a “midwestern mentality.”

And yet he will be leaving all this behind for a job in a city that is really as much southern as midwestern. Perhaps he is getting a hefty raise after all. Or perhaps Cincinnati’s city charter features less Germanic specificity as to job qualifications.

A Kansas native, Dahlberg came here after serving nine years as head of the City of Richmond’s Bureau of Permits and Inspections heading a staff of 85 employees with a budget of $5.5 million. The Milwaukee Department of Neighborhood Services has a staff of 272 employees and a $20 million annual budget.

If will be interesting to see if Dahlberg’s replacement meets those stringent qualifications in the city charter. 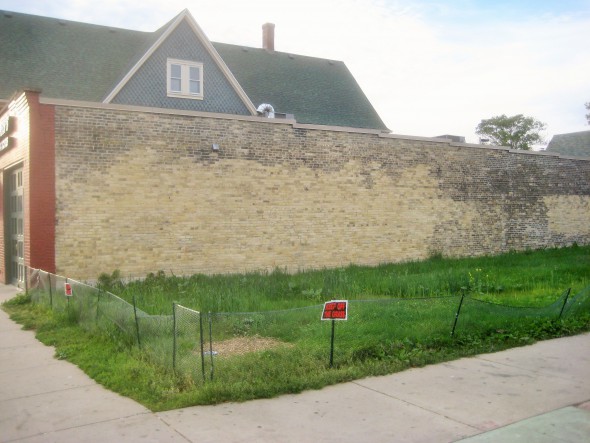 Jeno Cataldo said last week that he would be purchasing the vacant 2,430 square foot lot at 1348 E. Brady Street and plans to develop the property as what he called “a classy restaurant, like the old Cataldo’s,” formerly operated on Brady Street by his family. The recently purchased lot, at the northwest corner of Brady and N. Warren Ave., has been vacant for decades, but has served as a pathway for Jimmy John’s drivers to get to their cars in the parking lot to the north. It is assessed at $60,800, or $25 per square foot.

Cataldo and his partner Michael Klein also own the former Boys Club building at 1632-48 N. Franklin Place, a vacant, deteriorating 1950 structure that most recently housed Jesus’ Soul-Saving Travelling Mission of the Apostolic Faith. They paid $600,000 for the building on August 8th. Cataldo says he plans to demolish the structure within the month, although no permit has yet been taken out. The 43,560 square foot property, just south of Brady Street, is assessed at $707,900, or $16.25 per square foot, while the 42,459 square foot building is assessed at a mere $5,000. Cataldo said he plans to find out what is inside the building’s cornerstone when it is razed…

The City Plan Commission granted its approval for the construction of a 23-unit apartment building at the northwest corner of E. Brady St. and N. Humboldt Ave. Monday, while the Historic Preservation Commission deferred its judgment until later in October. The building has been criticized for its fragmented facade amid continuing debate as to the best style for new construction to be compatible with a historic district. It has seen three iterations thus far, with more perhaps to come. Whatever the design, the consensus is that the site could handle the new development.