The new director of UEDA wants to make an impact on Milwaukee. Just how is not so easy to describe. 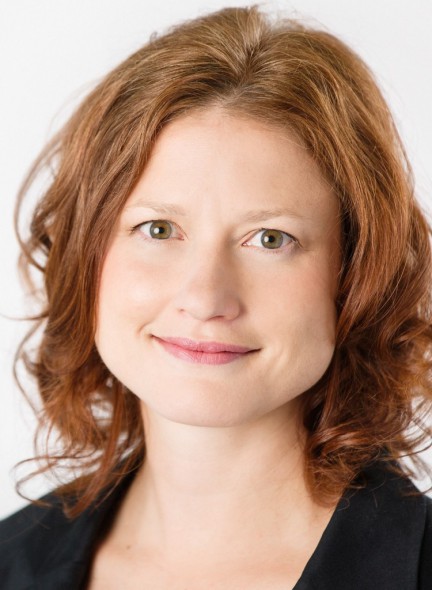 The framed photo of Bruce Springsteen in Kristi Luzar’s office is a symbol of much more than her new position as The Boss at the Urban Economic Development Corporation (UEDA). It’s more a reminder of the hungry heart she has to make a difference. Luzar says she’s inspired by the powerful humanistic sentiments expressed in Springsteen’s songs, though we can’t recall the rocker ever singing about sustainable housing or transportation alternatives.

Luzar was recently named executive director of UEDA, after her boss and mentor Bill Johnson retired. UEDA is a Milwaukee-based non-profit located at 2215 N. Martin Luther King Dr. that was founded in 1997. Its founders included  Karen Gotzler, then a consultant with the state Department of Commerce, and others who felt there was a void in Milwaukee — a need for an organization that would connect non-profits and banks and financial institutions on projects to support economic development, job creation and sustainable housing.

Many banks and financial institutions are looking to fulfill federal requirements under the Community Reinvestment Act to invest in underserved communities and may also be looking to gain tax credits for federal or state programs designed to serve poorer neighborhoods. And those neighborhoods, in turn, badly need such investment.

To that end, UEDA has styled itself as a “membership organization,” currently including some 65 organizations and 225 individuals, that helps facilitate investment in housing and economic development projects. These members, in turn, give feedback to UEDA as to issues it makes sense to get involved in, which is how it added transportation as a priority, given the dire need of better transit for city workers trying to connect to jobs in outlying areas.

The result is an organization with a less-than-sharp profile to those who never heard of it. “That’s something our board has talked about a lot,” Luzar says. “It’s hard to describe who we are.”

Luzar herself is not so easy to peg. A Wauwatosa native, she’s now a city resident who lives in Bay View. “I love it,” she says. A graduate of UW-Madison with a degree in English Literature and Political Science in 1998, she had a career goal in mind: “I thought I was going to be a lawyer.”

But her first job out of college was working in the circulation-marketing department at the Milwaukee Journal Sentinel. After about a year, she realized she wanted something else. “I calculated out that I had to do this for another 43 years. And I thought ‘well if I’m going to be doing something for 43 years and at least 40 hours a week I better be doing something I enjoy’.”

In 2000, Luzar left the Journal Sentinel for a job at the non-profit, Keep Greater Milwaukee Beautiful. She worked there five years as a program manager on community clean up and environmental education projects. That gave Luzar her first real taste of working in the non-profit sector, and she decided this, rather than law or marketing, was a field she could spend the next 43 years exploring.

But she felt less adept with the management side of the non-profit business, so in 2006 she left Keep Greater Milwaukee Beautiful to go to graduate school at UW-Milwaukee where she earned a degree in Urban Studies and a certificate in non-profit management.

Luzar was determined to get back into Milwaukee’s communities. Enter UEDA, which provided her first job out of grad school. She was hired at a transitional time for the group, only a month after Johnson had taken the reins as executive director. They found themselves facing the challenge of choosing the path for UEDA as it moved into the future.

The first program Luzar worked on was an asset-building program, which was part of the nationwide Making Connections initiative and aimed at engaging residents in local communities with resources to help them improve their credit and financial practices. Gaining the trust of the residents was challenging, Luzar says. Non-profit Organizations enter communities to try and make a difference all the time, but often they are there for a while and then never heard from again, she notes. It was important to her that she was accessible and that the residents could feel free to communicate with her. This required a careful balancing act: Luzar says she tried to show a vulnerable side of herself to residents while maintaining her professional credibility.

She spent a lot of her time during that project in community outreach meetings at the Boys and Girls club. One of the residents Luzar worked with on the asset-building program has since become a kind of co-worker. Coretta Herring received help from Luzar on improving her credit as a resident in the asset-building program. Herring currently works at ACTS Housing, a Milwaukee non-profit that focuses on generating affordable housing for low-income communities.

“This is really amazing, this was somebody that I worked with as a resident,” Luzar said. “It was a totally different relationship, and now I get to work with her as a colleague.”

Luzar loves the fact that her work at UEDA gives her a chance to effect change at a community level. “I feel like if I’m going to be here or in this community I want to have an impact in the best way that I can.”

Over the last few years, as Luzar’s mentor Johnson was transitioning out of UEDA and into retirement, Luzar started to take on more of the executive responsibilities. It was important to her that she continued the tradition of cooperation and honesty with other Milwaukee non-profits that Johnson had carried while he was there, she says.

As a membership organization, UEDA works as an intermediary between many different organizations. It’s often viewed as a neutral entity, she notes. Organizations often have to compete over limited funding from grants, and more people can be helped through cooperation, so Luzar and UEDA try to broker trust between the many non-profits in Milwaukee in order to accomplish more in the communities they serve.

UEDA has a relatively small budget — about $233,000 according to its 2013 federal tax statement. Her salary is $60,000. While members pay some dues, most of the revenue UEDA receives comes from grants from foundations, governments and the like for specific projects. Luzar’s job is to keep those grants coming, while assuring that UEDA continues to target the community’s biggest needs.

In her nine years working at the UEDA, Luzar, now 39, has come to firmly believe that real change happens at the community level. And she still has most of those 43 years left to make a difference.