Milwaukee, the Land of Duplexes

City is a national leader, which helps explain its surprising strength: density. 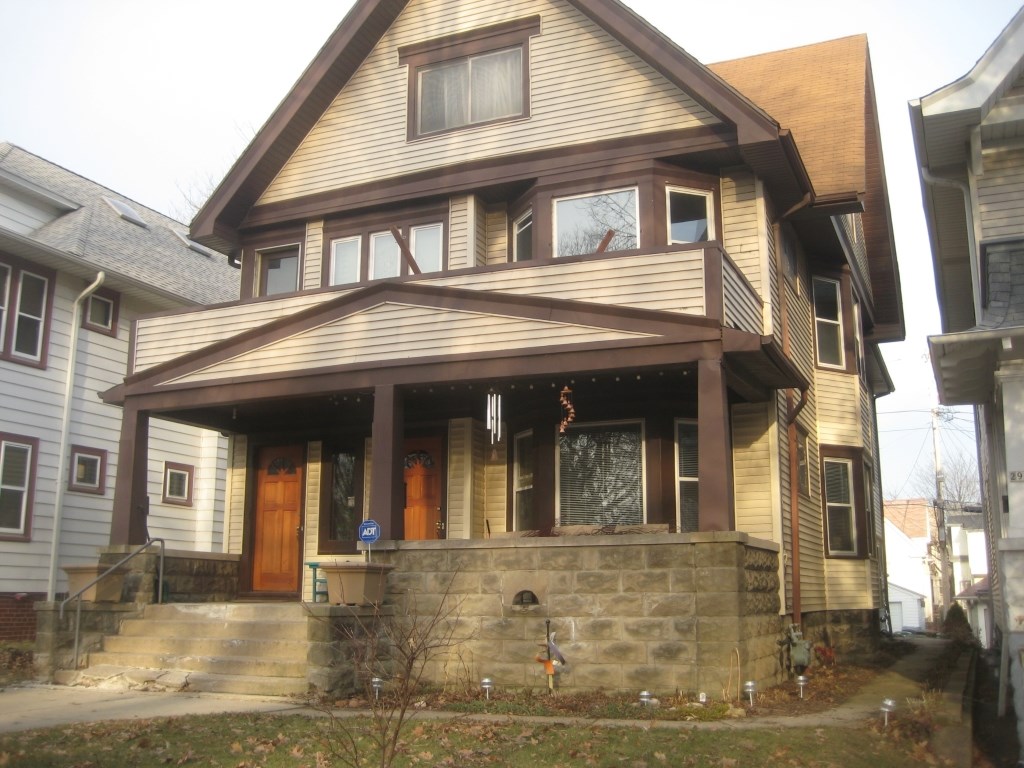 When my wife and I bought our first home, it was a duplex, which gave us the advantage of having a rental income to help make the monthly payment. After building up enough equity, we traded the duplex for a single family home. That, I was once told, was “the Milwaukee way,” this being a thrifty town with a lot of duplexes.

A fascinating new analysis by the Washington Post quantifies just how important the duplex is to Milwaukee. It looks at the 40 largest cities (not metro areas) in the U.S. and charts them by the percentage devoted to particular housing styles. In Milwaukee, the chart shows, more than 20 percent of residents live in duplexes, well more than any other city. Chicago is second with probably about 12 percent, but most cities have less than five percent of residents in duplexes.

The chart gives you a quick insight into how cities can vary: New York City, as you’d imagine, leads the way in the percent (nearly half) of residents living in big (more than 20 units) apartment complexes, Baltimore leads in row houses (two single units attached to each other), Boston in complexes of three to four units (like its many New England triple deckers), Mesa, Arizona in mobile homes and RVs (more than 10 percent of the population! — they don’t need transit, they live in it).

Not surprisingly, Oklahoma City is anything but compact, with just 956 residents per square mile; that’s less than one sixth the level in Milwaukee, with 6,188 per square mile, as a national analysis of cities by Governing Magazine shows.

In the South, other than crowded Miami (11,136 residents per square mile) every city of any size, including Atlanta (3,154), has far less density than Milwaukee. Likewise in the southwest (the densest Texas city is Houston at 3,502 per square mile), in the west (Denver is at 3,922 per square mile) and on the West Coast, where other than San Francisco, L.A. and Seattle, no city comes close to Milwaukee in density (Portland has just 4,375 per square mile).

In short, the oft-argued idea that Milwaukee lacks the concentrated population of all the cities that have created a streetcar, light rail or the like is simply not true. Milwaukee’s density may help explain why its bus system was long one of the most successful in terms of bang for the buck.

And even this measure of density arguably understates Milwaukee’s potential as a transit-oriented city. The Census Bureau now uses a measure, called population-weighted density, increasingly used by researchers, which takes the measurement down to the census track level and averages that for a city.  Using that approach, as my colleague Jeramey Jannene has reported, Milwaukee is far more dense than a city like Seattle, and twice as dense as Portland.

Why does this city have such density? A possible clue is that density tends to be concentrated on the East Coast, in cities with a lot of older, compact housing, like NYC, Jersey City, N.J. (16,737 residents per square mile), Philadelphia (11,380) Providence (9,676) and Bridgeport, CN (9,029). Milwaukee is a newer city but was a manufacturing colossus that needed lots of workers who in turn needed housing. Its average density level might be closer to a city like Philadelphia if not for Mayor Frank Zeidler’s aggressive annexation of adjoining municipalities (mostly on the northwest side), which increased the city’s land area from 44 to 80 square miles from 1946-1956.

The density of the original city is suggested by an area like Milwaukee’s near South Side, with its remarkably diverse population of Latino, Hmong, African American and older white residents crowded together on blocks with small lots and many duplexes. By contrast, the city’s more spread-out Northwest Side has far less potential for transit.

Because cities like Milwaukee or Philly have more of this older, cheaper housing, they will always be attractive to poor people. And since the surrounding suburbs in Waukesha, Ozaukee, and Washington counties have made sure to avoid building any low-income housing, metro-area poverty is heavily concentrated in Milwaukee. (Yet you will hear representatives of these communities continually blame Milwaukee for not “solving” its poverty problem.)

So density can bring challenges as well as opportunities. But the advantages are substantial. Density lowers the maintenance costs for a city, reducing the per-resident costs of road building and maintenance, water and sewer mains, fire and emergency medical protection and school transportation, as studies like this have found.

Density means more customers per square mile, giving you more restaurants and bars, retail shops and entertainment options, as residents of the Third Ward and Bay View are discovering. It’s how great cities are created, the kind that attract tourists world-wide.

Whatever the pros and cons of urban density, the reality is that Milwaukee needs to be a part of the increasingly important conversation about it. For this is a city with greater density than most in America, and local policymakers (and state legislators periodically overruling local control) should keep that in mind, because the decisions they make can improve the city and save taxpayers money simply by helping maximize compact development and an urban lifestyle.

22 thoughts on “Murphy’s Law: Milwaukee, the Land of Duplexes”