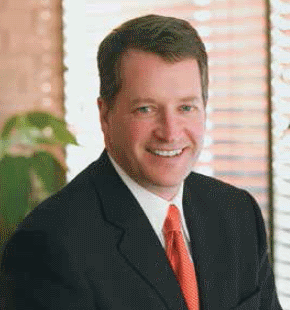 “Are you going to follow the recommendations in the audit?” I asked the board chair of the Wisconsin Economic Development Corporation. He crossed his arms, sat back and smiled at me.

A smile that, to me, said I was annoying him.

The clearest path to better outcomes at Gov. Walker’s flagship jobs creation agency is to follow the recommendations of the nonpartisan Legislative Audit Bureau.

However, during a recent and very long public hearing investigating the troubled agency, I repeatedly heard obfuscation, deception and disdain for the law.

The third LAB audit report in three years documents that WEDC has made progress. A financial system is in place (at one time the organization lacked even an accounting system). Credit risk managers review files — some of the time. Contracts are based on requirements in the law — part of the time. Plenty of new policies exist — if only staff would consistently follow these policies.

Dan Ariens serves as chair of the WEDC board. It’s a new position to Ariens. He’s been on the board since the creation of WEDC, but this summer he took over as chair when Gov. Walker resigned that position. Ariens runs a business that manufactures snowblowers and lawn tractors. In a seemingly incestuous tangle, he also serves as board chair of Wisconsin Manufacturers & Commerce, one of the largest lobbying groups and which ranks high on the list of political spending organizations.

Maybe that is why some of my colleagues were hesitant to pressure WEDC officials into a commitment to follow the law. But not so for Sen. Alberta Darling.

During questioning, I pointed to the statute book — Wisconsin’s state laws — and identified page after page of laws WEDC did not follow. I asked officials how people could be confident their tax dollars were well spent when WEDC staff failed to verify whether jobs were actually created. Sen. Darling followed my questioning, adding, “We need to know the answers to Senator Vinehout’s questions.”

Instead, lawmakers heard explanations like “We need to make the organization as fluid as possible so we’re not handcuffed by policies.” Never mind that for this quasi-public entity, “policies” serve in place of administrative rules and are designed to carry out the law.

In response to questions by Rep. Terese Berceau about contracts that did not follow the law, the chief legal counsel answered, “We are not so arrogant to think the law doesn’t apply to us.” Their actions tell us otherwise.

The recent Audit Committee public hearing provided WEDC’s top brass an opportunity to turn the page. With a sincere apology, they could begin to renew the public’s faith in the organization — address poor decisions head on, improve legislative relations and gain back good will.

Instead, the CEO didn’t even attend the hearing despite the meeting being changed to accommodate his schedule. The board chair appeared aloof; his answers were often cagey. The chief legal counsel teetered between whitewashing the truth and denying recent violations by claiming problems were in the past.

The Harvard Business Review might be somewhere in WEDC’s office. After all, the agency touts its ability to operate like a business. I’d suggest the WEDC folks take a look at the most recent issue.

Professors Schweitzer, Brooks and Galinsky offer practical guidelines for when top leadership should apologize. “The bottom line for serious transgressions: Senior leadership must immediately express candor, remorse and a commitment to change in a high-profile setting — and make it sincere.”

The recent Audit Committee hearing provided a perfect opportunity for WEDC to come clean and start over. Instead, without a sincere apology, they risk more bad news and yet another scathing audit.

The economic development community wants to turn the page on WEDC’s problems. A simple, unqualified “Yes” to my question about following the LAB recommendations would be a great first step. But without a clear commitment to change and real remorse for actions, WEDC’s redemption appears doubtful.