First Ciclovia MKE Is a Success

Bicyclists and pedestrians of all ages joined the fun.

By Andrea Waxman, Milwaukee Neighborhood News Service - Sep 2nd, 2015 11:25 am
Get a daily rundown of the top stories on Urban Milwaukee 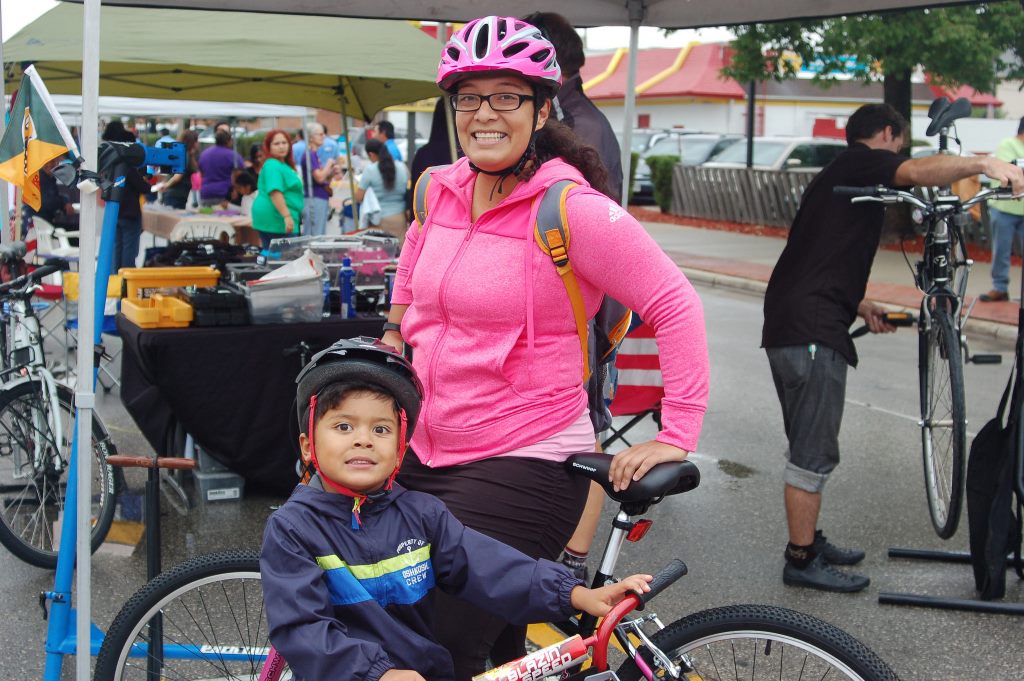 Lauren Lopez and son Mateo, 4, came to Ciclovia MKE because they like to ride their bikes together. Photo by Andrew Waxman.

Despite cool, rainy weather, the city’s first ciclovia event brought cyclists and pedestrians of all ages out for exercise, food and fun in the South Side neighborhoods of Clarke Square, Walker Square and Walker’s Point on Saturday.

Food vendors, activities for children, music, performances and information about community organizations were available along Cesar E. Chavez Drive. Children created art on the pavement using chalk and paint, and costumed cyclists and pedestrians added to the fun.

South Cesar E. Chavez Drive was closed to automobile traffic between Greenfield Avenue and Washington Street. Washington was closed to South Barclay Street and south to the opening of the KK River Trail.

Lauren Lopez and her 4-year-old son Mateo, who live farther south on 16th Street, braved the rain and arrived at Ciclovia MKE on bicycles before noon. An avid cyclist, Lopez said she learned about the event on Facebook and is excited that it was held on the South Side rather than on the East Side or in other parts of the city that are harder for her to reach.

Bogota and other cities in Colombia popularized the ciclovia, which means “cycleway” in Spanish, closing city streets to automobiles on Sundays and holidays for the last several decades. The concept has caught on in South America and around the world, including in the U.S., where many states have held ciclovia events in the last 10 years.

Intended to promote a healthy lifestyle, offer opportunities for families and neighbors to socialize, support businesses along open streets and connect different parts of the city, the ciclovia concept dovetails with the goals of a number of community organizations.

Local organizers communicated with planners of ciclovias in other cities, according to Ian Bautista, executive director of CSNI. “We benefitted early on from working with Newaukee which has been involved and has experience with the open streets concept, like the Night Markets, in other parts of the city,” he added.

According to area resident Victor Paredes, who was walking down Chavez Drive with a friend, “It’s a great idea because most of us, we don’t really walk a lot.” He added that some people feel the area’s not safe, “so we need to really know that it’s safe to be out here walking or riding your bike.”

For BID board member Ivan Gamboa, Ciclovia MKE was “first and foremost, … a way to celebrate the neighborhood as it is; a way to highlight all the good stuff that’s going on in the area.”

Lauren Lopez and son Mateo, 4, came to Ciclovia MKE because they like to ride their bikes together. Photo by Andrew Waxman.He noted that he was seeing many people who had never been to Chavez Drive before and hopes that bringing new people there will spur investment in the long run.

Bautista agreed and explained that it is a goal of the Farm Project, a partnership between the BID and CSNI, not only to build the economic health of the business district by filling all the storefronts, but also to make sure “those are businesses that are attractive, that are desired, that are pushing up the quality of the cultural and artistic expression and the flavor” of the street.

In addition to redeveloping some of the properties on the street, the BID, through the Farm Project, has commissioned a statue of Cesar Chavez, which will be installed in the plaza in front of Mercado El Rey by late October, Gamboa said. A miniature was on display at Ciclovia MKE.

South Siders Randy Wilhelm and Ryan Larkey cycled from their home near 15th Street and Morgan Avenue. Surveying the scene while a mechanic at DreamBikes’ mobile repair station worked on Wilhelm’s bike, Larkey said, “I like it anytime they close off the streets for pedestrians. It gives a whole different feeling to the area. It gets people out and going in stores they may not have gone into before.”

As for the future of Ciclovia MKE, Bautista said organizers would like to repeat it at least once every year. “We’re also thinking that perhaps it’s possible that we will be able to do it multiple times during the warm weather months.”

3 thoughts on “First Ciclovia MKE Is a Success” 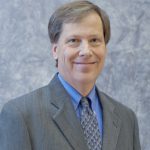