Center on 16th and North has first tenant, non-profit serving the disabled.

By Brendan O’Brien, Milwaukee Neighborhood News Service - Aug 21st, 2015 10:16 am
Get a daily rundown of the top stories on Urban Milwaukee 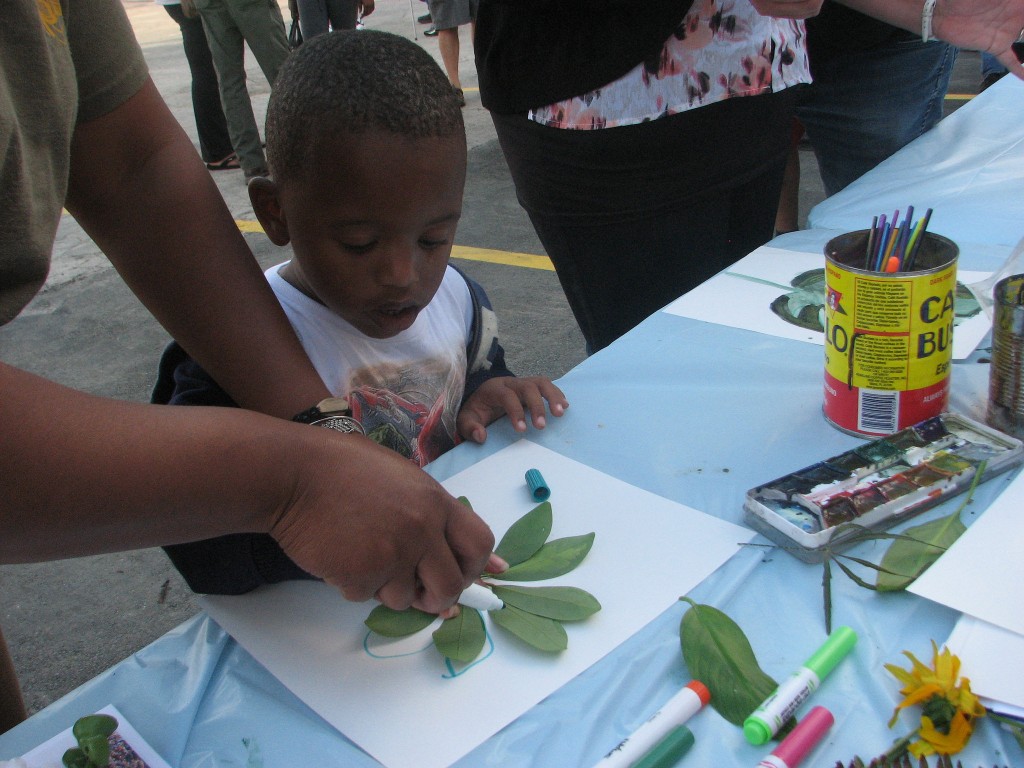 A boy works on a craft project during a barbecue to celebrate the opening of the Innovations and Wellness Commons in Lindsay Heights. Photo by Brendan O’Brien.

The first tenant has moved into the Innovations and Wellness Commons, a project helping to set a new course for the Lindsay Heights neighborhood through resident engagement, interaction among the private, nonprofit and public sectors, and a focus on healthy eating.

The Milwaukee Center for Independence, a nonprofit for people with disabilities, has moved into the Commons, a 100-year-old-plus building between 16th and 17th streets on the south side of North Avenue, where the finishing touches on the $2.2 million renovation are taking place.

“It’s beautiful… there’s a respect for the old and new additions,” said Sharon Adams, co-founder of Walnut Way, a nonprofit Lindsay Heights community organization that is spearheading the project. “The neighborhood looks healthy. It looks well. It looks vibrant.”

The Innovations and Wellness Commons project is on schedule and on budget, according to Juli Kaufmann of Fix Development, co-developer of the project. The rest of the tenants will move in by the end of August, and Oct. 1 is expected to be the first day the commons will be open to the public, culminating Phase 1 of the project, Kaufmann said. 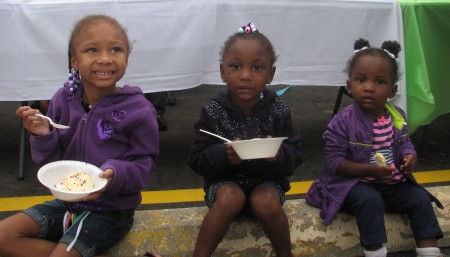 Children enjoy ice cream at a barbecue to celebrate the opening of the Innovations and Wellness Commons in Lindsay Heights. Photo by Brendan O’Brien.

Walnut Way “has moved and transformed a neighborhood from a disinvested community to a community of investment and resilience, being shaped by the neighbors for the neighbors,” Kaufmann said. “That vision is what brought me personally to the project, being so inspired.”

The Center for Independence will use the commercial kitchen in the commons to prepare school lunches and share it with a juice bar and an Outpost Natural Foods “pop-up store.” Fondy Food Center, one of the oldest fresh-food markets in the country, will also locate its administrative offices there.

“The type of work that they all do is mission-integrated to create healthy foods and feed our children,” Adams said.

Phase 2 will consist of 9,000 square feet of new construction on a parking lot at the corner of 16th Street and North Avenue. The two-story building will be connected to the renovated building and will contain a grocery store, fitness area, employment services center, wellness services, programming for families and children, and the administrative offices of Walnut Way.

Community members identified the commons as a way to revitalize the neighborhood in the 2008 Lindsay Heights Quality of Life Plan.

“Part of my gift and calling is to listen to what our neighbors and people tell us and what they see is possible,” Adams said.

Kaufmann noted that other neighborhoods can use the commons as a model to get the private sector and entrepreneurial startups to invest in neighborhoods where there is a pent-up consumer demand.

“The shift to the private sector investment is really key,” she said.

The Zilber Family Foundation contributed $500,000 to the project. The project was attractive to the foundation’s leadership because it is intended to spur the local economy, creating jobs and buzz about the neighborhood, said Susan Lloyd, executive director of the organization. “It’s unbelievably exciting.”

“The Innovations and Wellness Commons brings retail to (community members) who, too often, cannot buy what they want in their own neighborhood and as a consequence, a lot of those local dollars get spent elsewhere,” Lloyd said.

The $6 million Commons project is also being partly funded by a $650,000 grant from the federal Office of Community Services and a $400,000 grant from the Wisconsin Economic Development Corp. The WEDC grant was awarded to the City of Milwaukee and was passed through to Walnut Way.

“The tenacity it takes to put together the financing packages for projects of this kind is testimony to some of our great nonprofit leaders, Sharon (Adams) included,” Lloyd said.

One thought on “Wellness Center Starts Serving North Side”