Touted as the "finest in the country," the exposition hall on 5th and Kilbourn held a wide range of events. 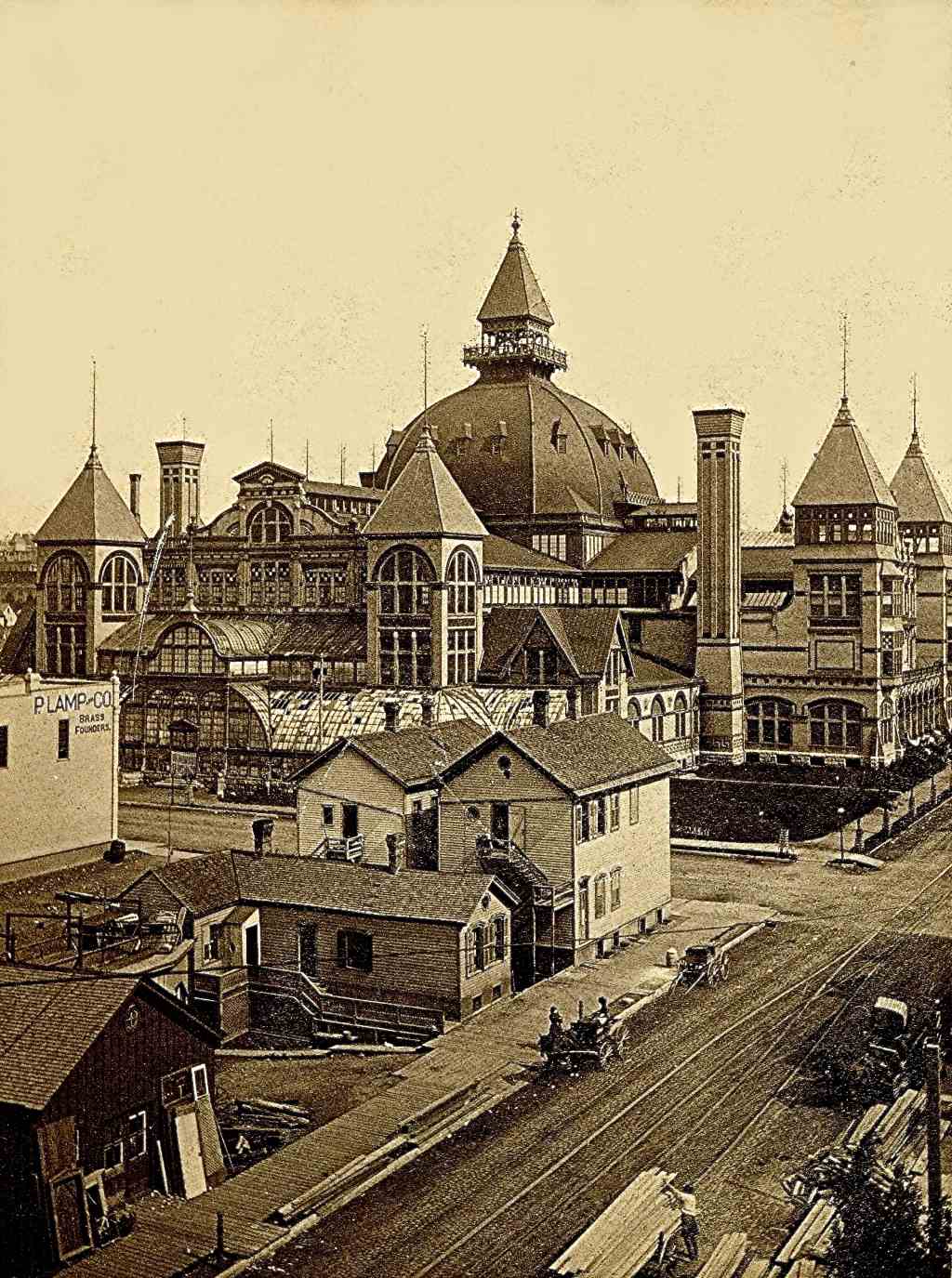 When photographer H.H. Bennett visited Milwaukee in the late 1870s and 1880s there would be many new buildings to photograph. Perhaps the most spectacular was the Milwaukee Industrial Exposition Building which would open in 1881.

This was an age of large exposition halls and world fairs. The International Exposition of 1867 in Paris and the Centennial International Exhibition of 1876 in Philadelphia, the first world’s fair in the United States, would set off a building spree in other major cities. Milwaukee would never have a world’s fair but in the late 1870s groundwork was laid for an exposition building in the city. This would take some time mainly due to the issue of what site to select.

In 1880 a location west of the Milwaukee River was chosen due to the announcement of a new Chicago, Milwaukee, St. Paul railroad depot that would be constructed between 2nd and 3rd streets, south of Wisconsin Ave. The block selected was bounded by 5th St., 6th St. and what are now State and Kilbourn. The architect was local favorite Edward Townsend Mix and the new hall would offer all modern conveniences like electric lights and an elevator. Built in Queen Anne style, it featured a 175-foot-high polygonal dome and was touted as “the finest in the country.”

The building was opened with an exposition, boasting the slogan “Make Milwaukee Mighty,” and showcasing local innovation in industry, arts and culture. During the exposition, over 145,000 visitors came from all over the country to see products from all disciplines of industry and art.

This would be a very versatile building, featuring a Music Hall with a seating capacity of 6,000, and presenting concerts, carnivals, expositions, festivals and gatherings of all kinds. The chief entrance was on 5th Street. The building at times had a roller rink, a bicycle racetrack, provided the first home of the Milwaukee Public Museum for a few years, and hosted a memorial for the unidentified victims of the Newhall House fire of 1883.

This view was photographed a few years after the hall’s completion. It would serve the public until 1905 when it was beset by a massive blaze. We’ll continue that story in next week’s column.