Owner Keith Pajot loves the business. But it's getting harder to find used books for his inventory. 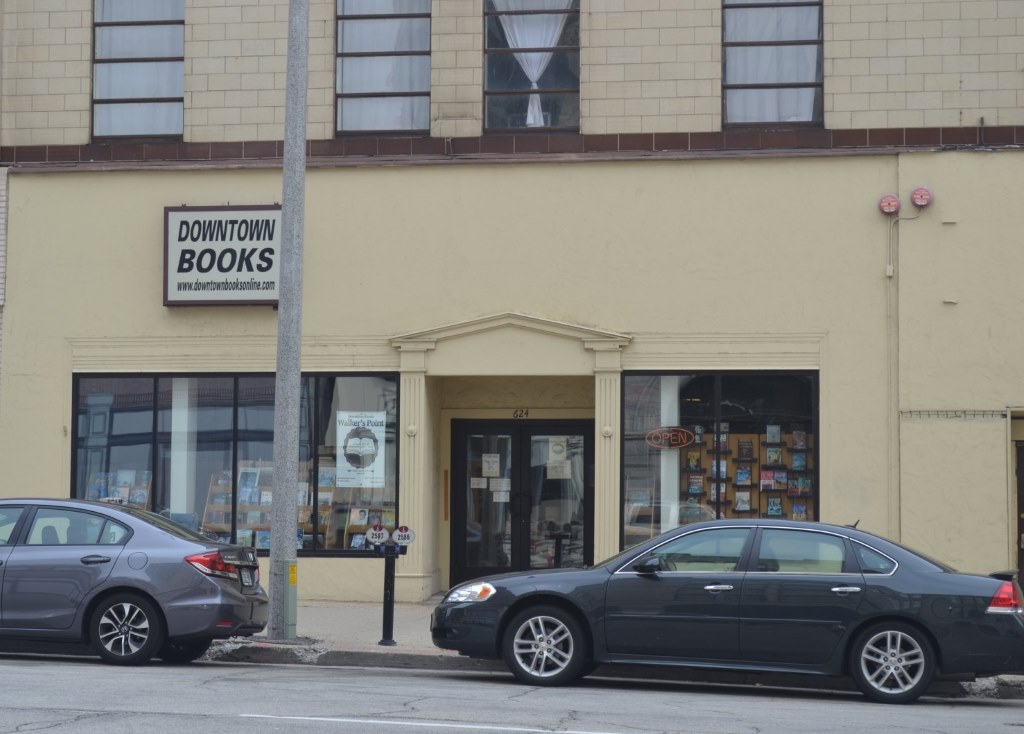 While Nooks and Kindles have increased in popularity since the dawn of the digital age, there is still a niche for lovers of cloth-covered books. Just ask the owner of Downtown Books. The company is comprised of a shop at 624 N. Broadway, an online store, and an additional location at 1134 S. 1st St., which is used mostly for storage but is open for customers a limited number of hours a week. A corporate chain, Half-Price Books, is the only other used-bookstore in Milwaukee.

Downtown Books owner Keith Pajot has a long history in the books business. Pajot got into books at the UW-La Crosse, where he took liberal arts for six years and nearly earned masters degrees in sociology and history. He started collecting books while reading one after the other. He worked for Renaissance Books for 10 years before deciding that he could do just as well with his own business. He opened Downtown Books at 715 N. Plankinton Ave. in 1991, which eventually moved to its current location today.

Pajot has many favorite novels, but he especially enjoys the works of Charles Dickens, Anthony Trollope and William Makepeace Thackeray. While Victorian literature is his favorite, he also enjoys modern fiction, such as the works of Gabriel García Márquez.

“There’s always a feeling that someone who owns a book shop is a reader,” Pajot says, “I am a reader, but I’m more of a book collector than I am a reader.” Sometimes he buys a book simply based on how it looks – the typography and illustrations draw his attention. When selecting books to add to the ever-changing selection, what’s more important to Pajot is the object itself.

Success for Pajot comes from providing an inventory of books that people are always looking for. His philosophy is to provide the best selection of books that he possibly can in terms of both condition and content so that he can build a consumer base. 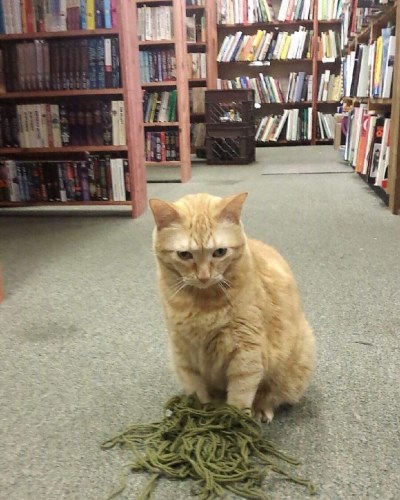 Pajot also attributes his success to one other element, something no other bookshop has: the cats. Merlin and Milo roam the isles of the bookstore offering their warm company to shoppers. Pajot said that the cats came in almost by accident. The felines belong to his daughter, who supervises the online business. She was moving into an apartment that wasn’t pet friendly, so they found a new home in the bookstore. “They’re actually quite an attraction,” Pajot says, “There are many people that come to the bookstore to spend time with the cats… It’s surprising how many people come to see the cats.”

Despite his own success, the advice Pajot gives to people looking to start their own used-bookstore is don’t do it. Because of the shift to digital media, Pajot predicts the printed word is going to diminish greatly. He believes it will be difficult to maintain customers not only because of the convenience of digital options, but because people now spend more time on computers and in general, doing things other than reading.

When he first started, Pajot said it was about learning how to get the books, figuring out what people wanted to buy, and obtaining a stock in order to make enough money. Now, the biggest challenge is finding used books. Unlike larger businesses, Downtown Books doesn’t get their inventory from a wholesaler. Rather, they rely on yard sales and people who come in to sell their old books.

Pajot forsees future problems for used bookstores because people aren’t buying and many new books. “A lot of people think that because I’m a used bookstore I have something against new bookstores, but I don’t,” says Pajot, “I love new bookstores.” Just as with cars, used models can’t be available without the sale and purchase of new ones. “With the diminished sales for new books, it just indicates down the road there’s going to be fewer used books on hand.”

Reference books have been hit the hardest since the creation of online search engines. “I used to sell encyclopedias all the time.” But not any more. “I could put an encyclopedia out for free and nobody would take it.”

Still, Pajot remains optimistic about the business. He believes books will be purchased long after the last hard copies of music and video have been sold, but all the same, he has adapted to the digital age. Downtown Books now sells their inventory on Ebay and Amazon. “That’s probably the saving grace,” Pajot says. “It would be difficult for me to stay in business today, or especially at the level I’m at, [without] being online.”

Pajot said that the most rewarding aspect of owning his business is getting complements from people that really appreciate books. “People have sort of an irrational attraction to books,” he says. “They love books in a way that they don’t love other things. They love reading, and reading is so fundamental to both education and becoming a better person.”

As long as book lovers are in Milwaukee, Downtown Books will continue to provide the objects of their affection. 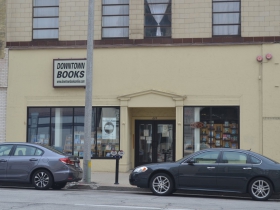 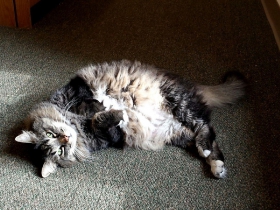 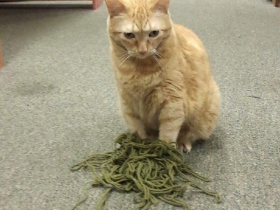