Life's twists and turns brought Metcalfe to The Pasta Tree twice before she became owner. 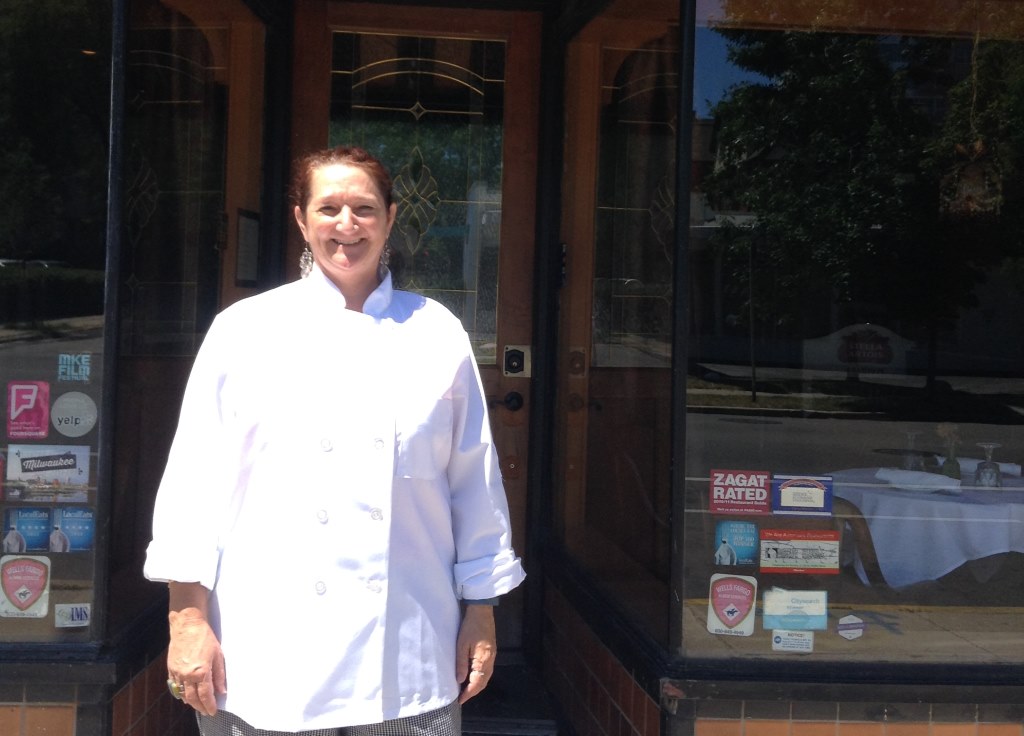 Suzzette Metcalfe, chef and owner at The Pasta Tree, says the best part of being a chef is the instant gratification she gets when she presents a plate. “I want to give people a mouth orgasm. I like the look on someone’s face when they taste something they love. That’s my reward.”

Like many chefs, and some of the rest of us too, Metcalfe says, “I’m not a recipe follower, I’m a creator. The beauty of the ingredients should be celebrated and seasonings should complement but not overtake the flavors.”

Maybe because she discovered a passion for baking as a kid, one of her many favorite things to make at The Pasta Tree is cheesecake, especially the Vanilla Cheesecake served with a fresh fruit salad. She also makes a mean Tiramisu and her Nemesis Chocolate Cake is legend.

Since this is a restaurant all about pasta with Metcalfe as chief creator, customers will find a long list of pasta dishes including house specials such as Smoked Salmon Alfredo, Manicotti, Pasta with Clams, Judi’s Vodka Tomato Sauce, and Metcalfe’s favorite, Scallops and Artichoke Cream. “I love coming up with specials,” she says. “Give me some ingredients and I’ll create something good.”

As are many chefs, she’s inspired by her travels. That’s where ideas sprout for new dishes, or sometimes they come from perusing travel, food, and cooking magazines. “I have to be inspired all the time,” she says.

Metcalfe recounted a few memorable meals that evoked her love of family, great food, and her extensive travels. She spoke of an awesome meal at The French Laundry in Napa; tableside shaved white truffle at Spiaggia in Chicago; the dishes she created from a hundred and twenty pounds of halibut which she caught in Homer, Alaska; and Easter brunch with her family when everyone worked together in the kitchen.

When she eats out, Metcalfe’s favorite local restaurants also reflect her love of travel. She like the Vietnamese cuisine at Hue, the Cajun specialties at Maxie’s, and for pizza she will travel a few blocks north on Farwell to Zaffiro’s.

Her journey to executive chef took many unexpected turns on the way to The Pasta Tree. “I always knew I wanted to be involved with food,” she says. Yet, as a teen, her dream included a career as an oceanographer and swimming with dolphins. She planned to major in biochemistry at UW Madison but left the university after one semester and told her parents she was unhappy. That’s when she announced, “I want to be a chef.”

A career in the food industry wasn’t far off the mark as her grandparents had opened Metcalfe’s Sentry in Butler and Metcalfe grew up working every part of the store including the deli.

After leaving UW Madison, she planned to attend the culinary program at Kendall College in Chicago, but her mom’s cancer derailed those plans too. She took a job at The Pasta Tree, stayed for a few months, and registered at the culinary school at Waukesha County Technical College. At age twenty she completed the two year program and took a job at a restaurant called Trio in Evanston, Illinois. “That changed my life,” Metcalfe says. “It opened my culinary passion. On my twenty-first birthday, Trio received four stars.”

After three years, she moved on to other Chicago restaurants including Marche, a French brasserie, where she was awarded Best Chef in the Midwest by the American Tasting Institute.

Meanwhile, her dad opened a restaurant, The Rusty Harpoon, in Maui. “He wooed me,” says Metcalfe. While she pondered another major life change, she worked again at The Pasta Tree for a few months. With that irresistible Hawaiian lure on her plate, Metcalfe said “Yes” and moved to Maui where she worked at her dad’s restaurant for thirteen years.

After he passed, she kept the restaurant going until the economy went sour in the early 2000s.

Back in Milwaukee, she found work again at The Pasta Tree until 2008 when she jumped in all the way and purchased the restaurant. As an owner, she doubled the seating capacity, added a second room with a bar, and renamed the tiny patio behind the restaurant, The Secret Garden after a favorite childhood book.

In honor of the thirty-fifth anniversary of The Pasta Tree, Metcalfe has begun a cookbook that will feature recipes and stories gathered from thirty-five years of Primi, Secondi, Specialties, Contornos, and Dolce at 1503 N. Farwell.

As Metcalfe pointed out, “We make all the pasta here and everything on the menu is made from scratch. I want people to love our food. I’m here to make people happy and to make some money too.”

She compares running a restaurant to being in a play. “Do the best you can do and have fun,” she tells her staff. “Despite your personal life, get out there and act. This is your stage.”

She hasn’t lost the travel itch. “I’m going to Italy in November,” she says with a wide smile. She likes to dream about what’s next. “Another restaurant? A food truck?”