Watering down gun laws makes it easier for criminals to get firearms. 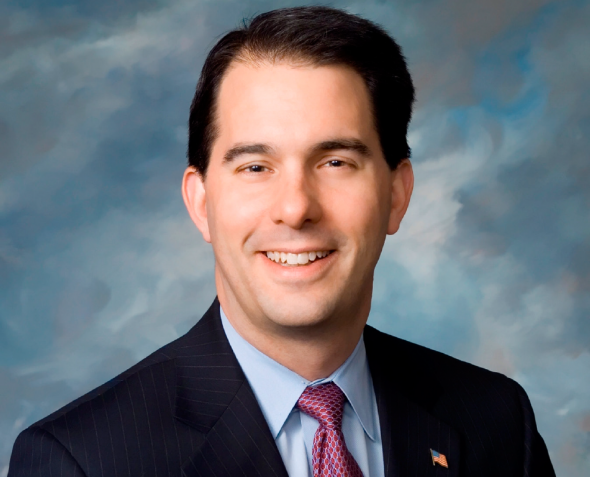 What do you do when the largest city in your state is quickly drowning in a sea of violent shootings? If you’re Wisconsin Governor Scott Walker, the answer is simple: water down your existing gun laws.

Last month, one of the the newest Republicans to join the presidential race traveled to my hometown of Milwaukee to celebrate his recent victory for the National Rifle Association. It was just the latest win Gov. Walker scored in his persistent efforts to drastically expand gun rights statewide. Some of Wisconsin’s most radical pro-gun advocates joined him to mark the occasion.

Gov. Walker had successfully dismantled our state’s 48-hour waiting period law for handgun sales with just a stroke of a pen. The law — which had been on the books in Wisconsin since 1976 — afforded both local and federal law enforcement the time needed to synchronize resources and conduct background checks, while also providing a “cooling off” period to help deter impulsive and emotional acts of violence, particularly in instances of domestic abuse.

As you’d expect from his “A+” NRA rating, Gov. Walker has no interest in strengthening background checks, but a majority of our constituents do. In 2013, a Marquette University Law School poll revealed that 81 percent of respondents statewide supported universal background checks. Despite overwhelming support from both gun owners and non-gun owners alike, Gov. Walker has repeatedly stood in the way of efforts to implement such safeguards and close the massive loopholes that continue to be exploited in my state.

With my city seeing a steady and significant surge in gun crimes, Governor Walker’s bill signing ceremony couldn’t have come at a worse time. As he smiled for the cameras inside his press conference, Milwaukee Police detectives were outside investigating four different violent shootings that occurred just hours earlier, including the death of a local father of four. Adding insult to injury, the governor’s televised victory lap came only days after the Emanuel AMC Church shooting in Charleston, S.C.

The nine innocent lives that perished in that historic black church were murdered with a .45-caliber handgun, bought from a dealer in West Columbia, S.C. Despite an arrest record that should have prevented the alleged shooter from making the purchase, miscommunication between the FBI and local officials made it possible for 21-year-old Dylann Roof to get his hands on a gun. But failed correspondence and botched paperwork was just one element that contributed to this unfortunate accident. The other element was timing.

Under federal law, if the FBI fails to pass a buyer’s background check and identify them as unfit to possess a handgun within three business days, the sale is allowed to proceed. Yet, our country’s ongoing struggle to effectively communicate between local and federal stakeholders requires us to rethink this policy. Of the 8 million background checks processed by the FBI last year, 228,000 could not be resolved within the three-day period. Numbers don’t lie: three business days is simply not enough time for state and federal authorities to coordinate a sufficient screening.

The recent revelation about the bureaucratic breakdown leading to Dylann Roof’s handgun purchase shows that our state’s waiting period should be extended, not eliminated. Rather than scrapping the law to appease the NRA, Wisconsin residents could use a longer waiting period as another line of defense in our fight to reduce violent shootings and keep guns away from dangerous people. After the 1989 schoolyard shooting in Stockton, California, state legislators passed a series of gun control laws – including strengthening and expanding waiting periods and background checks – and saw a drastic reduction in the state’s rate of gun deaths. They fell by 57 percent, more than double the decline in the rest of the country.

Unfortunately for our constituents, Gov. Walker has made it abundantly clear that the concerns of Wisconsin residents will always take a backseat to those of the extreme pro-gun groups that have spent millions of dollars supporting him. His allegiance is to those who prefer to brand Wisconsin’s waiting period law as a “time tax,” but if you ask the folks I represent in Milwaukee, who have seen double-digit increases in violent crime and a 20 percent increase in gun-related offenses as compared to last year, they’ll tell you that they’d gladly wait a few extra days to prevent future tragedies like that of the Emanuel AMC Church shooting.

As long as pro-gun groups like the NRA keep their stranglehold on Gov. Walker and the national Republican Party, we will continue to find ourselves powerless to effectively tackle this national crisis. Seeing as Governor Walker is so willing to turn his back on his constituents in Wisconsin and continue his ongoing assault against common-sense gun policy, I shudder to think what Americans can expect from President Walker.

This column was first published by Salon.com.