Next Big Trends in Craft Brewing

Beer with hemp seed added? Or made from wastewater? More offbeat choices coming your way. 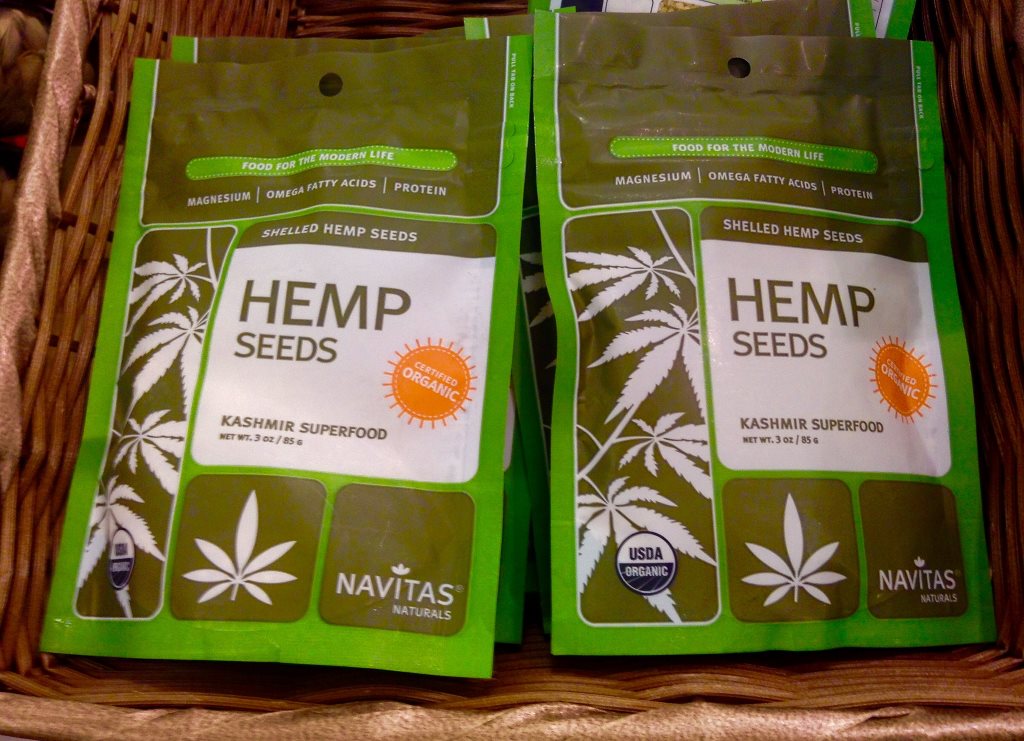 Hemp seeds at a Target store, and soon in your beer? Photo by Mike Mozart.

Just like their customers, the craft brew industry is always looking for the next big thing. Given the remarkable variety of craft beers today, some might wonder what could possibly be left to do that’s new. Never fear, brewers are finding new twists and they range from innovative to absolutely bizarre.

One interesting additive: hemp seeds. Marijuana is easily one of the most popular recreational drugs and with its increasing legality in the United States, stoner culture is reaching into beer. The addition of hemp is becoming a popular in states where marijuana has been fully legalized, especially Colorado and Washington. Of course, contrary to popular belief, hemp seeds aren’t illegal, so long as they’re free of THC, the mind-altering chemical responsible for making pot users high. Yet, despite the legality of the seeds, the federal Alcohol and Tobacco Tax and Trade Bureau is making it hard for brewers to sell products using hemp seeds, due to strict restrictions on labeling, which do not allow for any reference to marijuana. As such, finding a beer made with hemp in Wisconsin is a challenge, especially since many brewers using hemp are keeping their product inside their home states.

So, as we wait for hemp beer to sneak across state lines, there’s another trendy beer worth mentioning – the Brett IPA. A combination of the Belgian lambic and the India pale ale, the hybrid style of Brett IPA gets its name from brettanomyces, the beer souring wild yeast used in lambics. Due to the presence of brettanomyces and a healthy amount of hops, Brett IPA delivers the best of two worlds with a powerfully sour and bitter flavor. Given the sudden rise in popularity of sour beer and the lasting appeal of IPA, the Brett IPA is likely to be found in an increasing number of markets nationally in the coming months.

In the meantime, the latest trend to hit brewing is far less controversial – Session IPA. With the popularity of the IPA still on the rise, brewers began to realize that IPA fans were getting too drunk, too fast. The answer was to tone down the alcohol, so more beer could be consumed in a single session, thus creating the session beer. Essentially a lighter variety of IPA, session IPA’s have been around for some time, but are now beginning to catch fire.

Of course, they have a salty competitor striving for market share as well – Gose. Pronounced “Go Za”, this centuries-old brew hails from Germany and is seeing a sudden resurgence. Unlike other beers from its home region, this one is notable not for its malt or color, but its complex flavor that’s best described as salty, sour, and flowery. While it may sound bizarre, this is exactly what many beer drinkers are craving these days, and with the rise of sour beers, seems a perfect fit for the ongoing mood.  besides, it’s nowhere nearly as strange as our final trend, which is far less likely to be found than all the others combined.

That would be wastewater beer. The product of a science experiment, wastewater beer isn’t actually beer made from contaminated water. Rather, it’s beer made with purified waste water. It’s currently a hot trend in home brewing for those daring enough to give it a try, but commercial brewers are currently restricted from giving the trend a shot due to health codes. Currently, a recycling group in Portland, Oregon is petitioning the city to allow the use of re-purified waste water at breweries. The idea has yet gain government approval, so given how fast the world of brewing is changing, it might be tried in some city or state soon. Meantime, there is no shortage of other trendy beers to try.

2 thoughts on “Beer City: Next Big Trends in Craft Brewing”