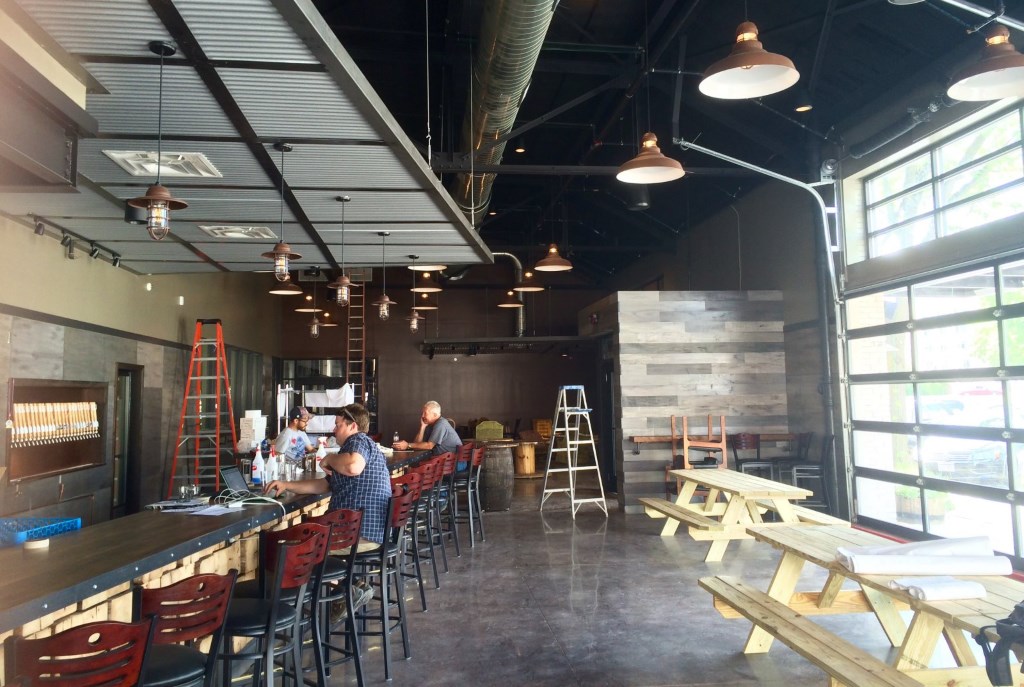 The latest addition to Milwaukee’s ever-growing craft brewery scene is MobCraft Beer, now open at 505 S. 5th St. in  Walker’s Point. MobCraft joins Brenner Brewing and Urban Harvest Brewing Co. on South 5th Street, making it Milwaukee’s go-to corridor for craft beer (and Mexican food). As the only brewery in the Midwest (and maybe the world) to incorporate crowdsourcing in their business model, MobCraft is the most interesting new brewery to open this year in Milwaukee.

At just 27-years-old, MobCraft’s CEO Henry Schwartz is part of a wave of young, innovative entrepreneurs reinventing the brewery business. Schwartz caught the “be-your-own-boss” bug at an early age. After growing up in Denver his family moved to Menomonie, WI, where his mother got her Master’s degree. Menomonie is an hour from her hometown of Nielsville. The family bought a small building in Menomonie, where Schwartz ran a skateboarding and snowboarding shop while still in high school.

As a student at UW-Whitewater Schwartz fell in love with home brewing. Schwartz and his friend — MobCraft business partner and head brewer Andrew Gierczak — were in a business class together and learned about a company that used crowdsourcing as their business model. They were thoroughly impressed and became determined to combine crowdsourcing and beer.

Schwartz and Gierczak began brewing commercially in Madison three years ago under the auspices of House of Brews, a small microbrewery that is also Wisconsin’s first “Community Supported Brewery,” similar to the CSA model used in agriculture.

The MobCraft model is such that every month they brew a new beer based off someone’s idea. Beer ideas are submitted through their website. If an idea gets enough “social cred,” meaning it’s been shared on Facebook, they will build a full recipe and put it up to a vote. At that point you vote with your dollars by pre-ordering a 4-pack of bombers (22oz bottles), which can either be shipped to your door or picked up in Milwaukee or Madison. If your beer doesn’t win your card isn’t charged, but you will have the option of buying that month’s winning recipe.

Monthly winners are usually a one-off, but popular recipes have been added to their roster of flagship or seasonal beers. When I visited MobCraft I noticed that at least a third of the menu was crowdsourced. Each recipe author’s name appears alongside the beer title. For example, Nicholas Cusatis is credited with the recipe for “Wheat Men Can’t Jump,” a wheat IPA with Wisconsin juniper. (Other highly recommended beers include their “Helles Ginger Bock” and the “Mystique Double IPA,” which is aged in 12 year Elijah Craig barrels.) 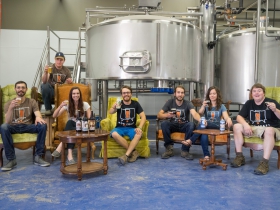 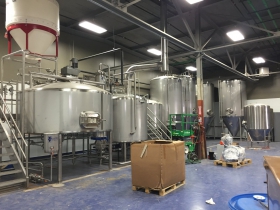 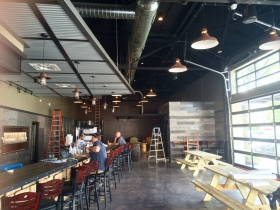 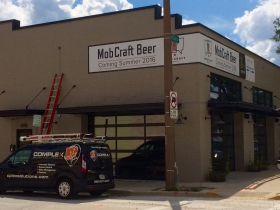 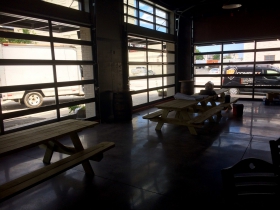 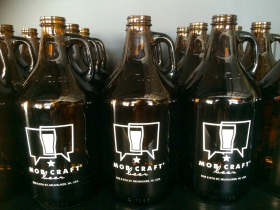 “We looked at about 50 buildings in Madison and this is actually the first building we looked at in Milwaukee,” Schwartz tells me in an interview at MobCraft’s new Walker’s Point home. “It’s a corner spot in an awesome neighborhood, there are other breweries in the area, it’s definitely a great place to be.”

The first time I tried MobCraft beer was as a guest tap at Brenner Brewing. It was the exquisite “Night & Day,” a vanilla black ale. At that time they were brewing out of Brenner’s space, as their federal license had been transferred from Madison. The day I sat down with Schwartz their license had just arrived at their South 5th Street home.

MobCraft is the first company in Wisconsin to use an equity crowdfunding exemption, which allowed them to sell securities to the general public. They have 48 investors backing the company with anywhere from $500 to $10,000 a person. The SBA also backed a loan from Summit Credit Union, which enabled a majority of the building to be renovated. 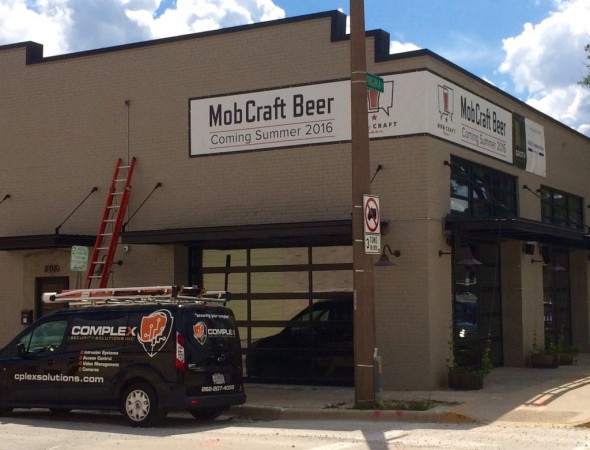 Construction began in November 2015. They aimed to be open by the first weekend of Summerfest. Considering they had a soft opening last Wednesday night, they hit their mark, even if they were a little over their budget of $2.6 million.

While Schwartz’s brewing neighbor and supporter Mike Brenner had his share of troubles working with the city, Schwartz had a smooth experience.

“You can’t assume that someone’s going to take something on and get it done. You just have to keep people updated and let them know your expectations and what you’re trying to work towards. You have to make sure everyone is on the same page. If you can do that, then everything should go off without a hitch,” says Schwartz.

The general contractor for the MobCraft building was Kelly Construction and the architecture firm was Groth Design out of Cedarburg. Pete Damsgaard and Mike McGraw were the architects who helped Schwartz and his team plan the building.

“A lot of it changed as we went along. We knew we wanted wood on the walls. It was going to be light brown and kind of reddish, but then we tried the grays and we decided to keep it. I was at a bar called The Ginger Man in New York and they had copper behind the taps and I thought that was awesome,” says Schwartz.

The bar sits more than 20 people and there is additional seating at whiskey barrel and wire spool tables. There are also two living room arrangements made up of vintage furniture that can be moved around the tap room. Schwartz has plans to add a ping-pong table, shuffleboard and foosball tables, and is considering starting a foosball league. Eventually he’d like to add a stage for live music.

MobCraft currently offers a beer-of-the-month subscription service with varying swag options. They sell growlers and plan to include rotating guest taps, including gluten-free beer options. To help expand the crowdsourcing recipe model, visitors will be invited to submit recipes while on tours of the place, which will be offered beginning later this month.

“Then we’ll have a weekly staff pick of the recipes that people came up with. We’ll brew the top ones with the pilot system and then invite everyone from that tour to come back and try them. The favorites from those might become ones we make more often,” says Schwartz.

When I ask Schwartz if he is a sports fan he has just the right answer. “I love the Packers,” he says with a smile. He plans to project games and would rather not have TVs. “But if the people want TVs, we can put up a couple of screens.”

After all, the crowd rules at MobCraft.