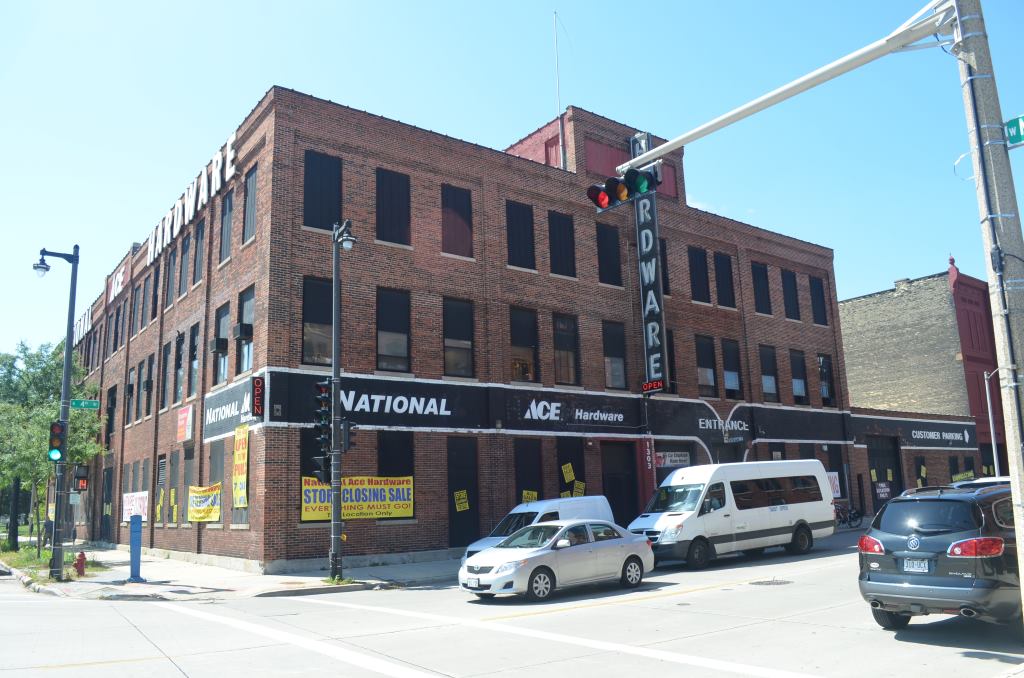 Last week, I noted that the Milwaukee Bucks’ owners had been buying up property close to the arena, both for the project and for ancillary development. The entire proposed development by the team could encompass at least nine square blocks, as Bruce Murphy has noted. This week, additional developers are getting into the downtown development game.

Stewart Wangard, of Wangard Partners Inc., told the BizTimes the firm has had a contract to purchase the property at 1433 N. Water St.

The property includes the 141-year-old building recognizable to Milwaukeeans as the former site of the Laacke & Joys store, along with a warehouse northeast of the building, and a 6,000-square-foot garage located southwest of the main building. According to the story, Wangard intends to restore the original building and is currently working with possible tenants for it. The plans for the garage could include converting it into a restaurant with outdoor seating overlooking the Milwaukee River. Other options include demolition of both the warehouse and garage to create two large development sites. Either way, the old Laacke & Joys store building would be preserved and restored.

Wangard told the BizTimes that the new arena and the Hammes Company office building project has increased interest in the site in the eyes of multiple tenants.

“(Those projects) are reinforcing the desirability of the neighborhood,” Wangard told The BizTimes. “Milwaukee is on a roll. A lot of office users are considering downtown. There is momentum building.”

OnMilwaukee’s Bobby Tanzilo broke the was sad news of a local company’s long run in downtown Milwaukee coming to an end. “After nearly 30 years in its current home and 65 within eyesight of it, National Ace Hardware, 1303 N. 4th St., is closing,” wrote Tanzilo. But this wasn’t due to bad business, he noted, but because a developer had bought the property.

Don Behm‘s followup story in the Journal Sentinel reported that the 1.2-acre lot, which includes the three-story National Ace Hardware building, was acquired by Hardware HQ LLC for $2.5 million, and that Milwaukee area developer Sean Phelan is listed as Hardware HQ LLC’s registered agent. National Ace Hardware co-president Dave Rotter told Behm the property, which had been on sale since 2013, was planned for a non-residential development associated with the new arena for the Milwaukee Bucks.

So what kind of non-residential development might be associated with the new Bucks arena?

This morning Journal Sentinel reporter Tom Daykin speculates that because of Hardware HQ LLC is led by local developers Phelan and Blair Williams, both of which have developed Cafe Hollander properties within the metro area, National Ace Hardware could become the next Cafe Hollander. Belgian beer and the Bucks, a natural combination?

Rumors are swirling about Pabst Brewing Company returning some of its operations to Milwaukee as soon as next summer. http://t.co/gLIG0JNBif

In an interview with WISN 12 News’ Thema Ponton this morning Mike Mervis, of Zilber, Ltd., told her, “The Pabst sign is lit for the first time in 30 years during the day.”

Urban Milwaukee will have more on this later today. 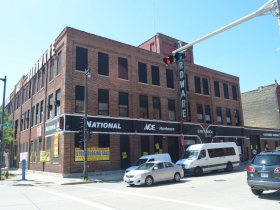 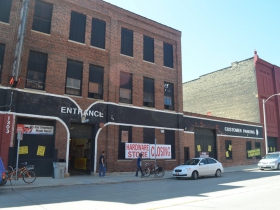 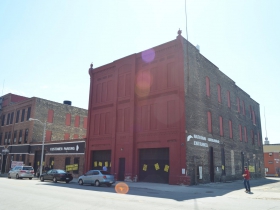 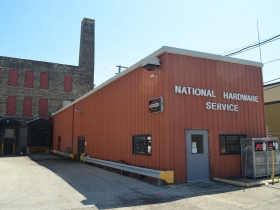 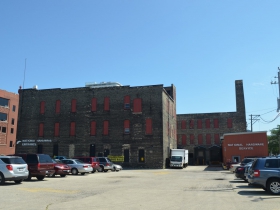 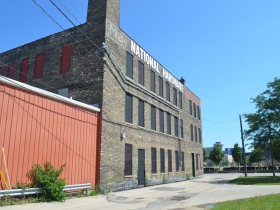 And in case you missed it, we featured the 833 East office building in last week’s Friday Photos.