A classic photo of workmen at Firehouse No. 1, looking like dudes about town. 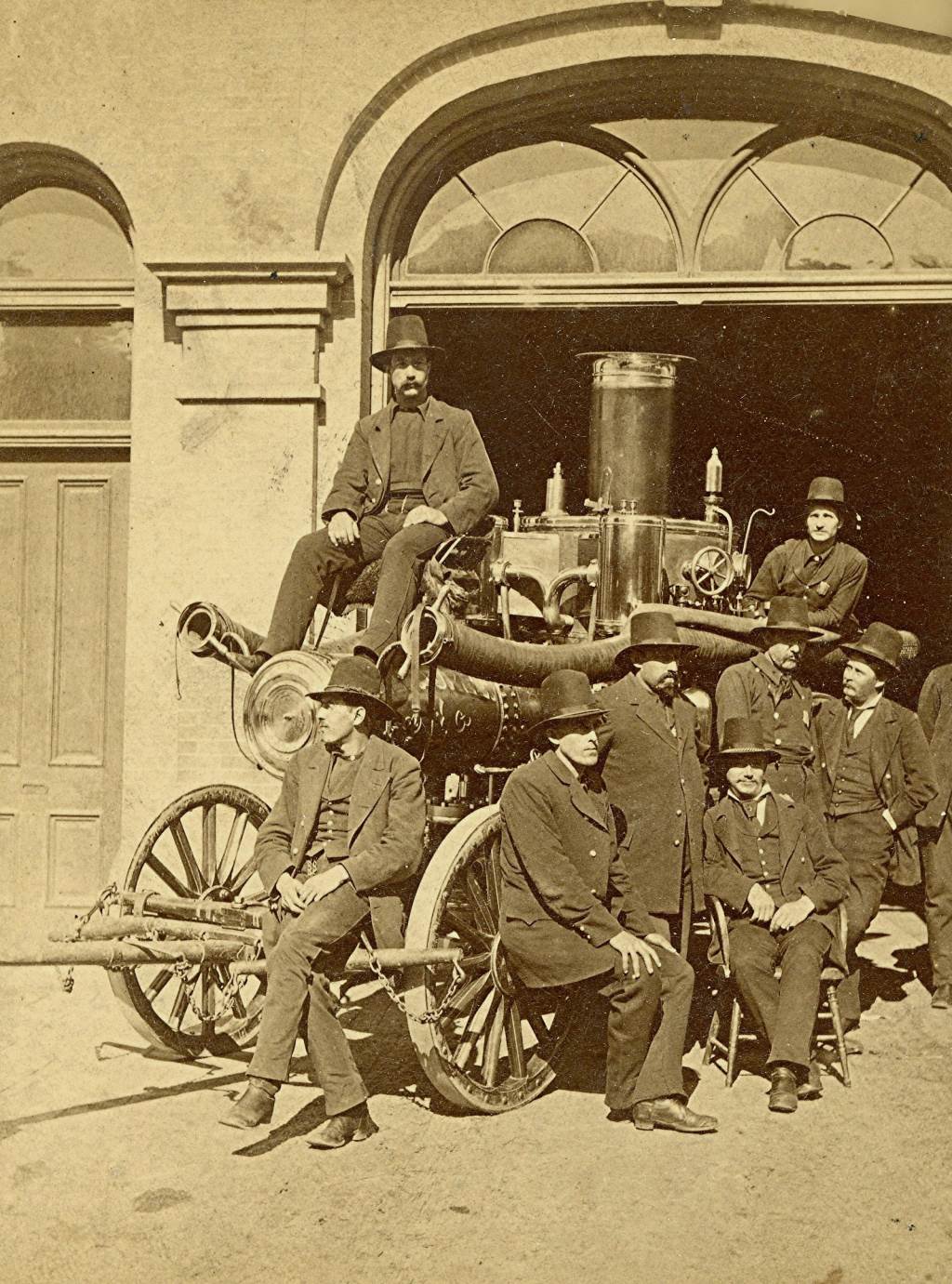 In his wanderings through Milwaukee in search of good photographs H.H. Bennett would occasionally focus on people, generally blue-collar workers. Around 1880 Bennett would not only photograph the front of Engine House # 1 and its Italianate 1873 structure, but he would also photograph this more interesting stereoview of the fire fighters.

As its name suggests, this was the first fire station created in Milwaukee, in 1872, and still stands at the same location, though the building is a newer one.

The firefighters here are using a steam pumper which would be horse-drawn in an emergency. This was in the days before fire hydrants and these wagons offered some portability though not a great deal of fire capacity.

In the 19th century Milwaukee would suffer from many fires as the earliest buildings were built of wood and even most Cream City brick buildings also used a good deal of wood. In the next few years there would be two major blazes within a very few blocks from this fire station. Timothy A. Chapman’s department store would be destroyed in an 1884 blaze, but would quickly be rebuilt. The fire in January 1883 of the Newhall House, then Milwaukee’s largest hotel, was just two blocks away. All told, 71 people perished in this blaze and the hotel was never rebuilt.

The formal dress of these firemen, with their three-piece suits and top hats, seems unusual, but fire fighters of earlier days commonly wore leather stove-pipe hats like that made famous by Abraham Lincoln and wool clothing. Later they began to use rubber slickers and boots. We presented a more modern view of Engine House # 1, in 1912, with fire fighters in more modern uniforms, in this column.

One thought on “Yesterday’s Milwaukee: Fire Fighters in Dress Suits, 1880”