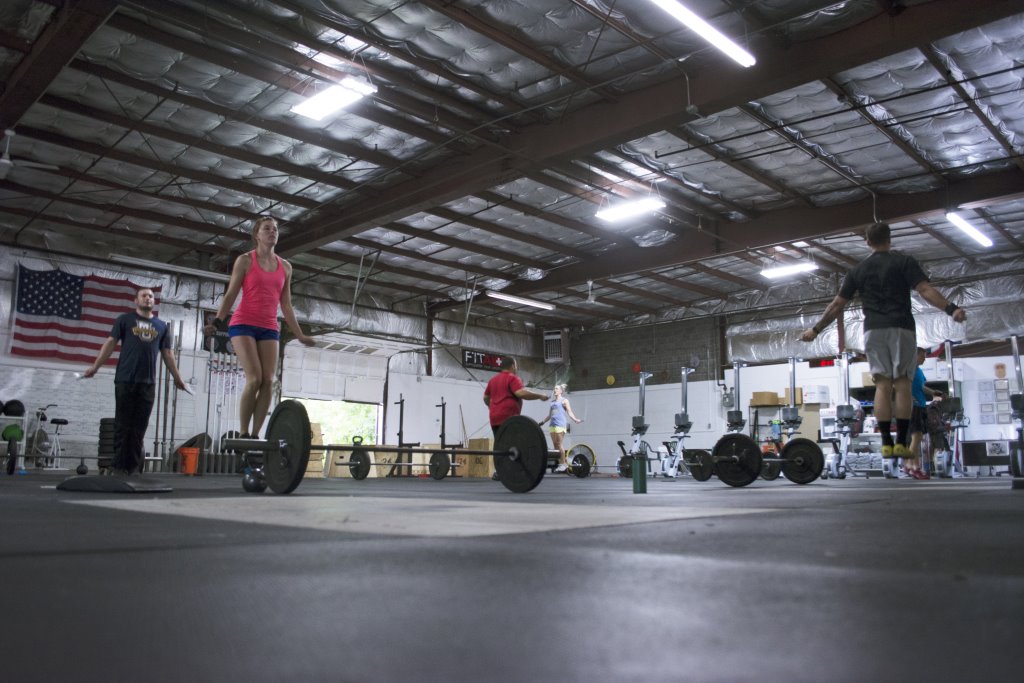 During its five years in operation, Cream City CrossFit had gathered a loyal membership base. So loyal, in fact, that upon hearing that owner Howy Hensen was planning to sell the Bay View gym, the members worked together to buy it so it could stay in business. Once the transition is complete, the business will be called the Cream City CrossFit Cooperative.

As member Kristian Lars Larsen recalls, “I thought, ‘why don’t we just get everyone together and buy it?’, and then I said, ‘no, that’s crazy, that won’t work,’ and I just ignored it. And a few days later someone said, ‘hey, why don’t we do it?,’ and then a few people got together and said, ‘why couldn’t we do this?’”

They held meetings to present the idea to their fellow gym members, who responded enthusiastically. As the group rallied together, Cream City CrossFit Cooperative was born. “Everyone liked the gym so much, and we just thought it was horrible it was going to shut down,” Larsen says. 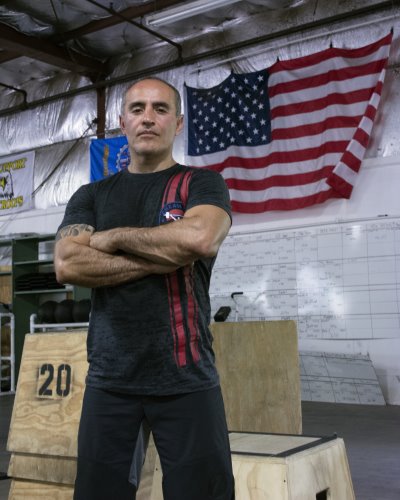 All told, 27 members showed up for the first meeting of the cooperative, and each agreed to make an investment of $500. They elected a board of directors at the meeting, drawing on the varied strengths of their members. Larsen, who works as a director of brand and communication for a medical I.T. company, was asked to coordinate communications and press for the new cooperative. Jan Pierce, a small business attorney, is advising the board in legal and business affairs. Sara Puls was put in charge of operations and community outreach. A graphic designer, Frank McShane, has been helping create new logos and videos for the cooperative. CrossFit coaches Armando Dominguez and Kevin Bania were also elected to the new cooperative’s board.

One of the first moves of the board was to appoint Dominguez as head of coaching and programming, with Bania serving as his second-in-command. They retained the services of three other coaches and are working on recruiting more female coaches. One of the goals of the co-op is to give coaches additional training, and to expand course offerings to include CrossFit classes for kids and add classes like yoga and nutrition.

As a cooperative, it has no one manager of everything and any member can step in where their skills are needed. “Part of the problem with running a gym is there’s not a ton of profit in it.  Even if you’re an owner, you’d have to get a lot of members before you could pay yourself a competitive wage. But it works out for a [co-op] CrossFit gym because you can put the money right back in,” Larsen explains. The cooperative does not expect to generate much profit, and instead plans to put any net income towards improvements in facilities, equipment, coach salaries, and class offerings.

This strong sense of community within the gym is partly attributable to the culture of CrossFit. As Larsen notes, most members go “two or three, four times per week” and “once they build their fitness level, they might go every day.” Because members spend so much time at the gym, a sense of camaraderie often emerges between them.

The CrossFit approach was created in 2000 by Greg Glassman and Lauren Jenai in Santa Cruz, California, CrossFit combines Olympic-style weightlifting with high–intensity aerobic and strength-training exercises. These can include running, swimming, gymnastic rings exercises, pull-ups, rowing, and many other activities. Workouts are performed within a room called “the box,” and usually include a warm-up, a skill development section, a WOD or “workout of the day,” and stretching. New members must attend a series of “on-ramp” classes to learn the skills necessary to perform the various workouts safely.  At Cream City CrossFit Cooperative, on-ramp is generally a series of five classes taken over the course of about three weeks. Once they finish the on-ramp program, members graduate to the general CrossFit program, and are encouraged to attend classes as often as they can.

Larsen says members of Cream City CrossFit root for each other during workouts and people of all fitness levels are welcome at the gym. “Often people think of the ESPN CrossFit Games, which is the most extreme version. But people should know that CrossFit scales to whatever level they are at, and that they’ll have the most fun it’s possible to have while working out.”  He adds that the gym aspires to be a community focal point in Bay View.

In order to transition from a for-profit to a cooperative, the members needed to raise enough money to pay for equipment, coaching salaries, rent, insurance, and a $3,000 CrossFit license. Hensen agreed to sell Cream City CrossFit to the board for a flat rate of $25,000, which included the gym name, logo, equipment, membership lists, website, and photography.

The board stated in its business plan that it needed to raise an initial $10,000 in order to proceed. To do so, the board offered equal shareholder/owner stakes in the cooperative for an initial investment of $500. This investment would give investor-members benefits including a vote on all matters at member meetings, the ability to elect board members, the option to serve on a committee, discounts on monthly class rates, and discounts on merchandise. If at least 20 people made this investment, the plan could go forward. Currently the gym has over 40 members, but is hoping to expand to at least 80 members by the end of the year in order to repay debts associated with the ownership transition. In the business plan, the board members also noted that membership fees at Cream City CrossFit were lower than at other local CrossFit gyms. They believe this rate difference is so significant that it devalued their product. As part of the transition, the board set its new monthly membership rate at $125, or $100 for owners.

The members encountered another obstacle when they found that the building they had been using for some years — at 300 E. Ward St., just east of 1st and Lincoln — was scheduled for imminent demolition. They looked for other potential gym spaces, and eventually decided to lease space in the Hide House Complex- an old tannery building at 2625 S. Greeley Street in Bay View about a half mile south of the original gym’s location, in a building that now houses a motorcycle shop, artists’ studios, a wide range of small businesses, and entrepreneurs. The new space will be about half the size as the former space, but the trainers determined that the smaller box size is actually ideal, since classes larger than 15-20 people are difficult to manage from a coaching perspective. The Hide House Complex also offered the Cream City CrossFit Cooperative free rent during July and August to facilitate the transition – favorable terms for the new cooperative.

The move to the new space took place on July 1st,  and was, of course, done in a cooperative spirit. As Larsen joked prior to starting, “Part of our workouts might include loading the moving truck.” 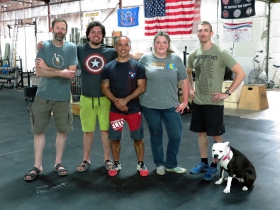 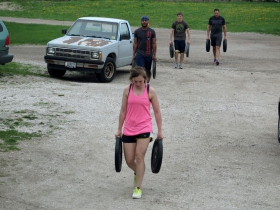 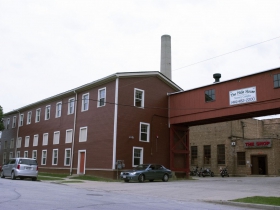