Another classic H.H.Bennett photo captures Milwaukee just after the advent of telephones and telephone lines. 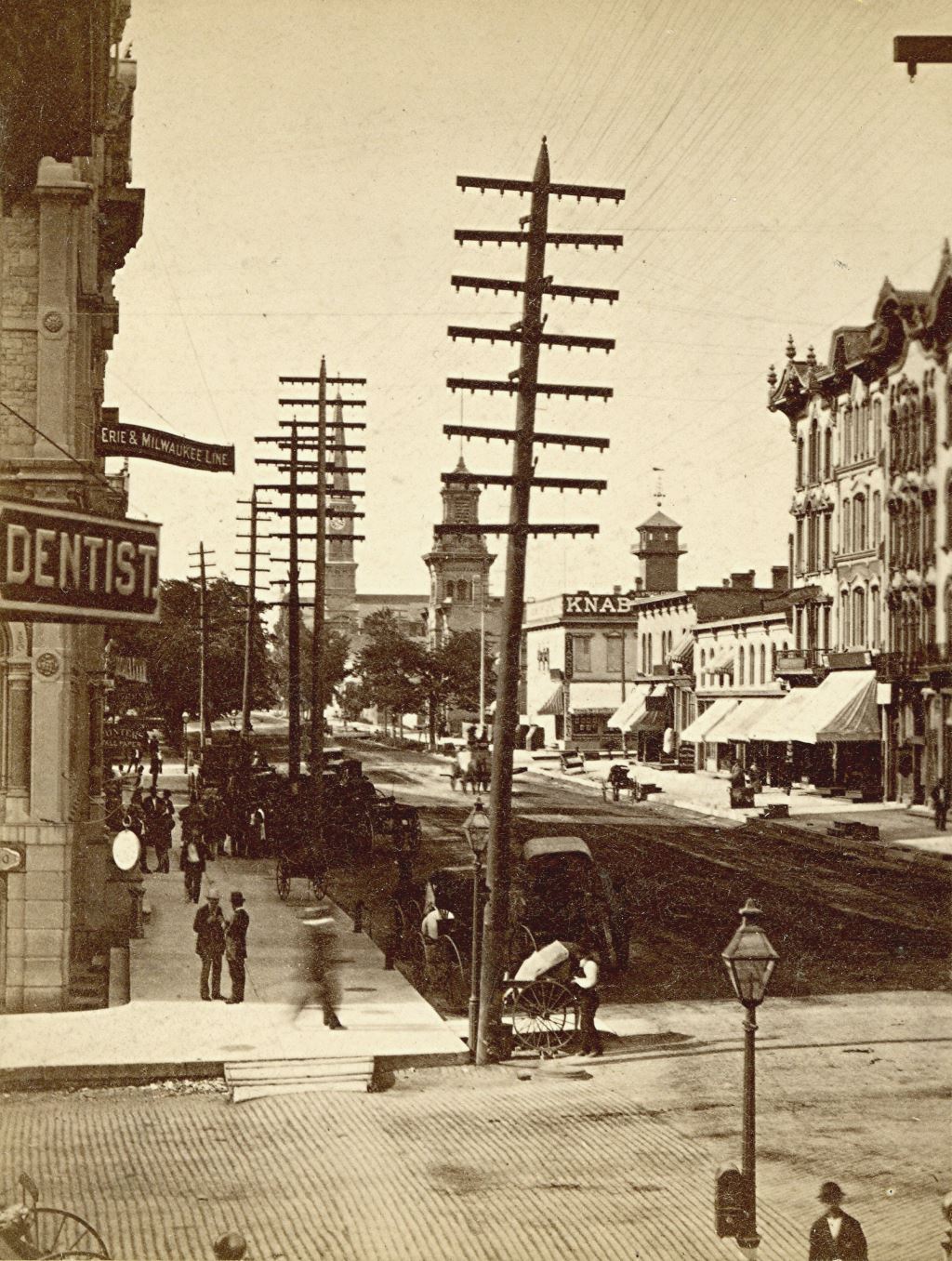 We continue H.H. Bennett’s photographic exploration of Milwaukee just one block away from last week’s view of Water Street. This view is of Broadway looking north from Wisconsin Ave. (then Wisconsin St.) in 1879. Here there is less of a busy and bustling atmosphere. Most of downtown Milwaukee’s commercial activity was within a few blocks of the river, and Broadway was less developed than Water Street.

Of immediate note are the telephone and telegraph poles along the street. Telephones were quite new in 1879. Bell had just invented the telephone in 1876 and the dial phone wouldn’t be created until 1891.

The building to the far left, which is mostly invisible, is the headquarters of the Northwestern Mutual Insurance Co. The “quiet company,” founded in Janesville in 1857, had moved to Milwaukee in 1859 and was originally located in the ornate 1850s-vintage buildings at the photo’s far right. In 1870 the company moved across the street to this building on the far left.

The tower in the center looks religious but it is a fire department building, Engine House #1 which was constructed in 1872, and which we’ve written about previously. The station was replaced in later years.

To its left is the steeple of St. Mary’s church which still survives and predates St. John’s Cathedral as it was built in 1846. The buildings to the right of the fire station are the site of the future Milwaukee Athletic Club, which would construct its current quarters there in 1917.

All in all, this is a classic view of horse-and-buggy Milwaukee in a quieter age.