Looking south from Wisconsin, this was a prime business district dominated by Victorian buildings from the 1850s. 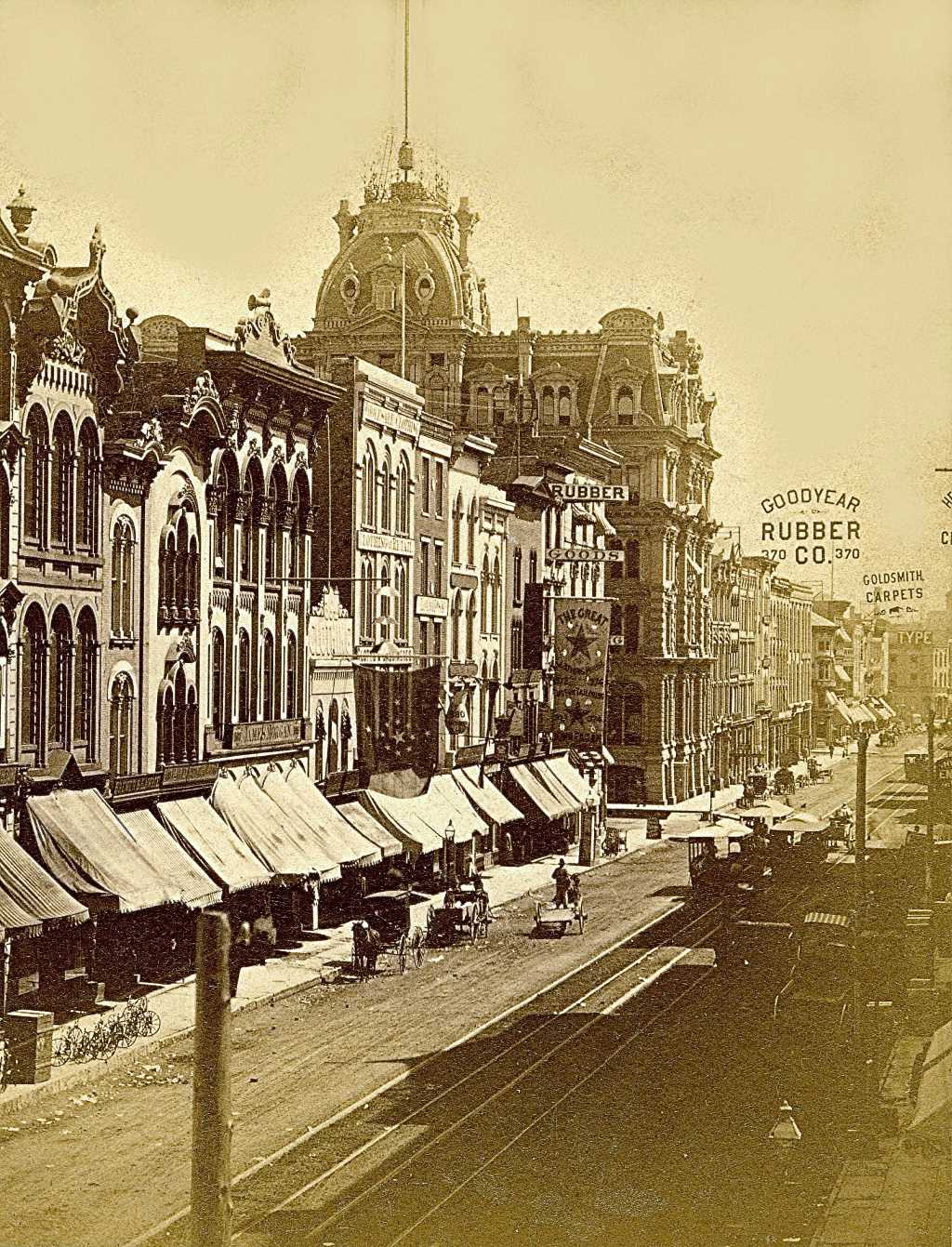 When H.H. Bennett first began photographing his stereoviews of Milwaukee he focused on the most built-up areas of the city, especially downtown and east of the Milwaukee River, where the Iversen store that sold his views was located. This view (circa 1880) was taken exactly one block south of the store, and shows us Water St, just south of Wisconsin St. (now avenue) and looking south.

At the time this was prime property in the busiest area of the city. Notice the beautiful Victorian structures in the foreground. These were built in the 1850s and have very fine period detailing. One of these does survive today, an addition to the Bank of Milwaukee building located at the northeast corner of Water and Michigan. Across the street from it is the building that steals the show: the Mitchell Building which also housed Alexander Mitchell’s bank. This building, of course, still stands today, with its exterior remarkably intact.

Notice the abundance of advertising signs especially the transparent silk banners suspended over the street. They advertise the Goodyear Rubber Co. (in the years before automobile tires) and Goldsmith Carpets (whose warehouse was destroyed in an 1888 fire).

The horse-drawn streetcars on Water St. would see a lot of use as this line would lead to the Union Depot, the city’s primary train station that was located on 2nd St. south of the Milwaukee River.

Keep in mind that the Mitchell Building was only a few years old when this photograph was taken. It had been completed in 1876, with a design by noted local architect Edward Townsend Mix and was located on land where it is believed Solomon Juneau once had a residence. The Mitchell Building was the most magnificent building Milwaukee had ever seen.

Bennett would photograph many of the newest buildings during his years here.