Abele Bids to Be King?

Proposal increasing county exec’s authority is a naked power grab with no public discussion or hearings and dangerously unforeseen consequences. 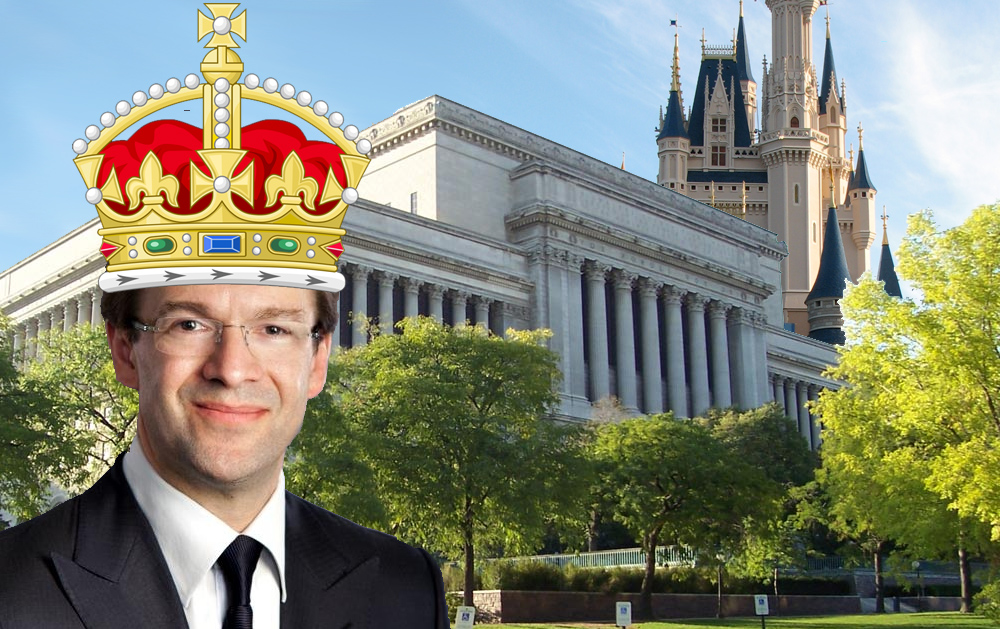 It was just two years ago that the state legislature, at the urging of Milwaukee County Executive Chris Abele, expanded his power at the expense of the county board. Now, Abele wants to further expand his authority. As Milwaukee County Board chair Marina Dimitrijevic put it, “Milwaukee County is not served well when every time the Executive doesn’t get his way back home he runs to Madison and asks the Republicans in the legislature to enhance his powers.”

As regular readers know, I was a strong supporter of reducing the board’s power and cutting back supervisors to part-time pay. Many readers disagreed, but whatever the pros and cons of that change, it was in line with public opinion. Voters in the county approved the creation of a county executive in 1960s, only to see the board retake more power over the years at the expense of the executive. And local referendums in recent years showed voters in this county supported making the position of supervisor a part-time one.

But the latest proposed changes, contained in a last minute amendment to the state budget — it was item 67, the last of a very long list of surprise additions — are simply something Abele wanted, county voters know nothing about, and Republicans are happy to give him, partly because it will allow Abele to award county land (for $1) to the Milwaukee Bucks’ owners without having to get the county board’s approval.

More broadly, the budget item will strip the board of any power over all county land sales (other than parks), and remove its authority over transfers of county property, over the construction, maintenance and financing of “county-owned building and public works projects” and over “leasing lands to the (state) Department of Natural Resources” while handing all this power to the county exec.

In addition, the County Executive would be given “sole authority… without any review or approval of the county board” over “procurement, including requests for proposals,” and “contracting” and “administrative review of appeals of the denial… of a contract award.”

Wow. This is a major power grab. Abele’s glib press release paints it as a way to “modernize” county government and enhance its ability to provide “more and better services to residents.” But there are numerous reasons to be suspicious of this proposal, including:

It’s a huge change buried in a budget amendment: This proposal has no fiscal impact for the state and doesn’t belong in the budget. It needs to be a separate bill that allows for public review and discussion. Burying this in the budget gives it the smell of an undemocratic power grab and raises the question, what are Abele and the Republicans trying to hide?

It’s far too soon to give the county exec more power: We don’t even know what the impact of the 2013 law is, because county supervisors won’t see their pay reduced to part time until Spring 2016. This is likely to change who serves on the county board, what kind of hours they work and how much time they have to contest county executive initiatives. Until we see how this changes county government, it’s premature to strip the board of even more power.

The 2013 law also specified that the county board only had the power to approve contracts of more than $300,000, and we’ve had little opportunity to see how this works. Yet Abele has now demanded that the board should have no power whatsoever over county contracts, without offering any analysis or examples of problems caused by the current law.

Abele’s entire rationale is thread-bare: His press release declares the new structure for county government will enhance economic development without offering one example of how it is currently hampered. He claims it will “take the politics out of contracting.” But contracting will be overseen by an elected county exec, how is that unpolitical? The implication, of course, is that only board members are politicians. The press release also tells us that “The County Executive will not have any involvement in the review process of any single contract.” No, it will be overseen by his department heads — all of whom work for Abele.

The law is suspiciously specific: It allows the board to retain its power over county parks, except for O’Donnell Park. You may recall that Abele wanted to hand over O’Donnell Park to Northwestern Mutual for a very attractive price, in a deal that placed few restrictions on what the company did with the land. Abele lost the board’s support by a razor-thin margin, 9 to 8 against the proposal, so it was hardly a case of supervisors being immune to argument. The reality is that Abele and Northwestern Mutual did a poor job selling this proposal and lost in the court of public opinion. So now Abele turns around and asks the legislature to overturn the board’s decision. This isn’t a broad policy decision by the legislature, its micro-managing one issue in Milwaukee County.

Then there is the clause giving the county exec sole power to lease county land to the state Department of Natural Resources. This too, is remarkably specific, and quite unexplained, and leaves us to wonder: is this some wink wink deal Abele is offering legislators that we citizens know nothing about?

The law is based on a suspect model: Abele argues that the change in the procurement process is based on how state government works. Even if that be true, it’s worth noting that the state legislature is a very different body than county supervisors. Legislators write laws on nearly anything affecting citizens of this state whereas county supervisors, as their name suggests, largely supervise and write ordinances to manage county government. If you take away most of the board’s policy making authority over county land, procurement, buildings and projects, what exactly is left to do? This is a huge question that requires study and public discussion before any such change is made.

It lacks checks and balances: We are being asked to put way too much faith in Abele as objective technocrat here. The only area where this law provides some check on him is county land sales, which must be approved by a majority of three people: the county exec, county comptroller (who is independently elected) and a real estate expert appointed by the Milwaukee County Intergovernmental Cooperation Council, whose members are all the mayors or village board presidents of 19 municipalities in the county. I do think this concept is an interesting one that might be worth further discussion or tinkering with, but as currently written Abele starts with one vote and need get only a second, which is not the most robust check on his power. (Sean Ryan the Business Journal wrongly suggested land sales would need the approval of four people.)

The law is undemocratic and unvetted: Ultimately, what is most egregious about this proposal is that it has been written into law by a handful of legislators who remain anonymous (and Abele’s office declined to reveal their names), at the urging of an executive who will get all the power. If Abele really cared about democracy, he would want this proposal to be discussed by the citizens of the county he serves. If he cared about “best practices,” an approach he often touts, he would have no fear of having the proposals contained in this law studied and discussed. The way this law is being passed is even more disturbing than what it contains, and what it tells us about Abele is frankly, quite disturbing.

Update July 10: In the final version of the budget going to Gov. Walker for his likely signature the legislature trimmed back the provision on county government, but retained the language giving the county executive sole authority over the sale of non-park land (which will prevent the board from voting on the sale of Park East land to the Bucks owners). But the rewritten provision did not include the exception for O’Donnell Park, meaning the board will continue to have voting power over what happens with that land.