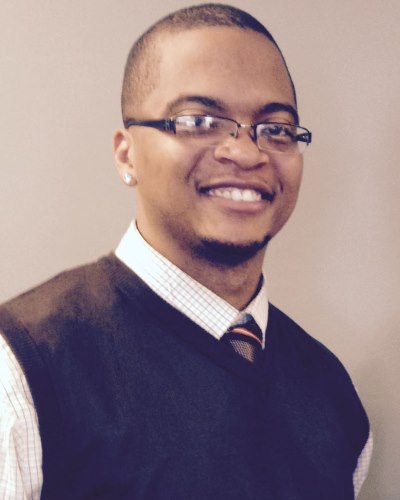 Let me start this article by saying my condolences go out to all of the brothers and sisters that have been lost across this country, whether it was Trayvon Martin, Mike Brown, Jordan Davis, RaNeisha McBride, Freddie Gray, Walter Scott, or Eric Gardner. I firmly believe that we, as a community, should stand in solidarity with the families of the aforementioned as well as the countless others that have gone unpublicized via media outlets.

With that said, however, the efforts to restore our own communities right here in Milwaukee have been minimal and sporadic. Granted, there are many local grassroots organizations and individuals that are attempting to make a major change within our communities, yet by and large, we are merely scratching the surface. Even worse, many of our actions have been reactionary after an act of indiscretion has happened, which clearly is too late. I have grown so frustrated with vigils and makeshift memorials across the city because they are nothing more than a constant reminder of where we have gone wrong.

There are massive clouds of hopelessness, despair and oppression that hover over black Milwaukee that surprisingly, only a few recognize. Many black residents have become so cynical and apathetic in the potential change process that the mere idea of “rallying the troops” to better our communities is met with resistance. We can discuss all of the socioeconomic ills that exist within this city alone, (second poorest city in America, largest black-white income/achievement gap, highest Incarceration rates, highest infant mortality rates and high unemployment rates for black men) yet we continue to operate in silos to address these issues.

The fact that we have both a Wisconsin African American Chamber of Commerce and a Wisconsin Black Chamber of Commerce sends a huge message of division and tension within our own ranks. Or, what about the countless men and women who continuously refuse to exercise their right to vote because “it’s not going to change anything”? I’ve had countless conversations with people citywide who see no hope for Milwaukee and there is no longer any purpose for remaining here. When I ask them the simple question, “What are you doing to change that perception?” the most consistent answer is, “Nothing!” followed by, “Why should I? People are going to do what they want so why waste the effort?”

The answer seems simple to me: because our children deserve our effort! When we are gone, our children will be forced to fend for themselves because we, as adults, did not leave them the necessary instructions to thrive. Young people have shown they are intelligent enough to exemplify what they’ve learned. How else can you explain the constant chaos and turmoil they exhibit in the streets? What we are seeing on a regular basis is learned behavior, not biological traits. Black children are not born drug dealers, thieves or murderers. But these characteristics are circumventing those matters that are more important.

At what point do we begin to say, “Enough is enough?” How many more tragedies do we need to experience before people begin to realize that the direction we are heading is leading to extinction? Why are we continuing to glorify and romanticize prison life, misogyny, promiscuity and violence in our music? For all of those who complain about the lack of leadership within the black community, where do you stand in becoming a leader? Why do we allow meager distractions to block our concentration from important issues?

The protesting and complaining about the issues is quite prevalent within black Milwaukee; however, we lack numbers when it comes to those ready to be agents of change. No one is going to give us anything, so stop sitting back and expecting utopian results. What hurts my heart even more about this subject is people will see this piece as a “blame the victim” approach instead of a call for accountability. At some point, we have to stop playing the victim card and realize we have work to do.

I will be the first to admit that systemic and institutional racism/oppression continues to exist, but how many times are we going to keep pointing our finger at the problem? If “to know better is to do better” is true then why are we still stagnant? The right thing is for us to take charge of our lives and work collectively to combat the daily obstacles plaguing our streets.

Jamaal E. Smith, a community activist and chair of the education committee at the Milwaukee branch of the NAACP, urges black Milwaukeeans to step up to confront the community’s problems, for the sake of the children.