Milwaukee is far behind other cities, which will make it harder to attract young workers, experts at conference agreed. 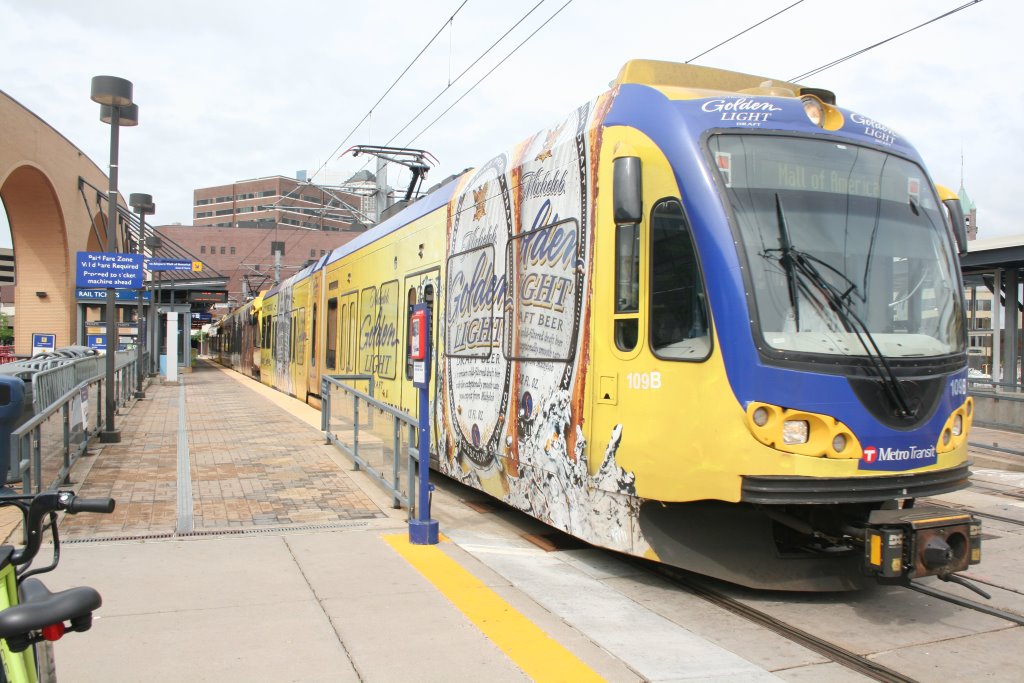 The Milwaukee metropolitan area must upgrade its public transit if it is to compete with peer cities for the key millennial demographic, experts told an audience at a conference Tuesday organized by MetroGO! and the University Club of Milwaukee.

“The workforce wants to live downtown,” said Linda Gorens-Levey, a partner in General Capital Group. “Millennials choose their city and then choose their job. They have an employment half-life of 2.1 years on the job.”

David Frank, the Director of Economic Development for the city of Minneapolis, echoed her words. He cited the new National Bone Marrow Registry building constructed in his city as an example. “The bone marrow center must be on transit because young workers insisted,” he said.

Their opinions were buttressed by written comments of Chris Layden of Milwaukee-based ManpowerGroup:

“Look at the numbers. The math is simple. You have to attract Millennials or you won’t have enough people to meet employer demand. Millennials make decisions on where to work based on more than compensation, and mobility options are a part of that.”

Meanwhile, the mobility options in Milwaukee are shrinking, according to the UW-Milwaukee Center for Economic Development, which finds that “today, in Metro Milwaukee, 1,324 fewer employers are accessible by transit than would be the case under the system in 2001.”

So, if we are to capture these new urban workers and ensure the region’s economic vitality in coming generations, something must be done along the lines of what’s been accomplished in Minneapolis and Cleveland, attendees were told.

Cleveland has a Regional Transit Authority, and “it is now a player in every new development project” there, said Michael Schipper, P.E., the Deputy General Manager of Engineering & Project Management for that city.

Thanks in part to the use of Historic Tax Credits — now threatened in budget deliberations at the state level in Wisconsin — the population of downtown Cleveland has increased from 2,000 to 12,000, with a near-term projection of 25,000, he said.

With the transit and development came a large number of “Choice Users,” which Schipper defined as those transit riders who otherwise had access to automobiles. Thanks to folks using transit to go to doctor’s appointments or similar errands along the route, daytime ridership only drops off 10 percent from the morning peak hours. The “Choice” riders — a demographic barely considered in Milwaukee’s transit debate — are up 60 percent from 2008-2014, he said.

Accordingly, people moving downtown — including the coveted Baby Boomer bracket — found that they did not need the number of parking spaces planners originally mandated once they dumped their unneeded cars.

In a 50-block area at the center of the Healthline the city rezoned properties to mandate a three-story building height, and to reduce the parking requirement there. This is red meat to real estate developers, many of whom were in attendance at the second-floor ballroom of the lakefront University Club downtown.

Barry Mandel sounded the developers’ anthem as he made introductory comments to the attendees. Mandel is a University Club board member, a resident of the club’s adjacent condominium tower, and is chairman of the club’s Program Development Committee, which organized the event.

We face “real and artificial boundaries between neighborhoods, municipalities and counties,” he said of Milwaukee.

“Regional transit requires cooperation and collaboration at multiple levels, he said, and it includes every modality practicable. For Mandel, everything from baby carriages to high speed rail is part of the transit mix. “Bikes, canoes, boats, taxis, buses, UBus, BRT, light rail, high-speed trains” — are among the components found in great cities, and not just the biggest cities.

Frank, of Minneapolis, said it is good to have attractions at the end and middle of rail lines, as is the case in his city. In Milwaukee, an example of such a corridor would likely be from UWM to the Medical Center, with Downtown in between. The Minneapolis downtown has seen a resurgence, he said. There are 10 brew pubs within walking distance of a rail line there, he said. As soon as a new rail line is determined, adjacent properties immediately come into play.

Minnesota politics played a role in the development of the transit system there, he said. It took the vote of 6 Republican legislators to overcome a gubernatorial veto of a proposal to enact a 1/4 percent sales tax to fund transit. Five of them later lost their seats as a result of the vote.

Meanwhile, Republicans in Wisconsin’s legislature have opposed the governor’s borrowing plan for transportation projects, and are threatening Milwaukee’s funding yet again.

Rob Henken of the Public Policy Forum put the matter in perspective by giving a brief history of proposed transit improvements in Milwaukee County.

“It’s a sad history, but I’m hoping to pave the way —  bad pun intended –” for transit, he said. He then outlined the affronts to transit development in this city, including a scuttled 1990’s Light Rail project, the demise of the KRM Commuter rail transit plan and cancellation of a high-speed link from Milwaukee to Madison which Governor Scott Walker rejected even before taking office.

Nor has rail transit been our only failing, he added: “We have never tried to develop bus service that is rapid, quality mass transit.”

Cleveland has 7.1 miles of it, and Minneapolis has 10 miles of the amenity. County Executive Chris Abele recently announced that he is exploring an East/West Bus Rapid Transit line.

Why? “Because of the politics of our state and region we could not get inter and intra. So the city was left with a streetcar,” he said. (In many other cities, streetcar projects are later, infill, connector projects. Here it will serve as the catalyst to future development, it is hoped.)

“Part of what I am trying to kill is the boogieman of fixed rail transit. ‘This is the end of mankind!’,” the mayor exclaimed, echoing the voices of talk radio.

“But as soon as the thing is started, the debate becomes, ‘How can we extend it?'”

Will we get to that point in the debate while the legislature is hammering out a transportation budget, each blow of which chips away at Milwaukee’s share?

“People should realize how serious this debate is in Madison.”

An Observation from a Visitor

David Frank, the Minneapolis development director, said he flew into Milwaukee and took the Green Line bus from the airport downtown. It took some time for him to find the bus stop, he said, and showed the audience a photo he took of the transit information television screen at the airport, which directs travelers to the stop.

However, the sign rotates with other messages, he said, most prominent of which is, “This Way to Rental Vehicles.”

Signage and visibility are key components of transit development and use, he said.

On the bus, Frank said he felt the route to the airport could sustain a rail system. “On the Green Line here I went through several Hipster Nodes” that would be ideal for rail, he said. Bay View, you’ve got a new name: “Milwaukee’s Hipster Node.”

Among the attendees at the event were Aldermen Jim Bohl,  Willie Wade and Michael Murphy, Wauwatosa mayor Kathleen Ehley and Waukesha County Board Chair Paul Decker. Futurist Bob Chernow, who has been active in redeveloping the west side of downtown also was there, seated at a table with Art Cyr of Carthage College, Paul Upchurch and Meg McKenna of Visit Milwaukee and Ian Abston of Newaukee. Guy Mascari of the county research park — a likely train stop — also joined the event, as did Marianne Lubar and city Commissioner of Public Works Ghassan Korban.