One downtown and one in Walker's Point. Plus, a new Benji's Deli comes to Tosa. 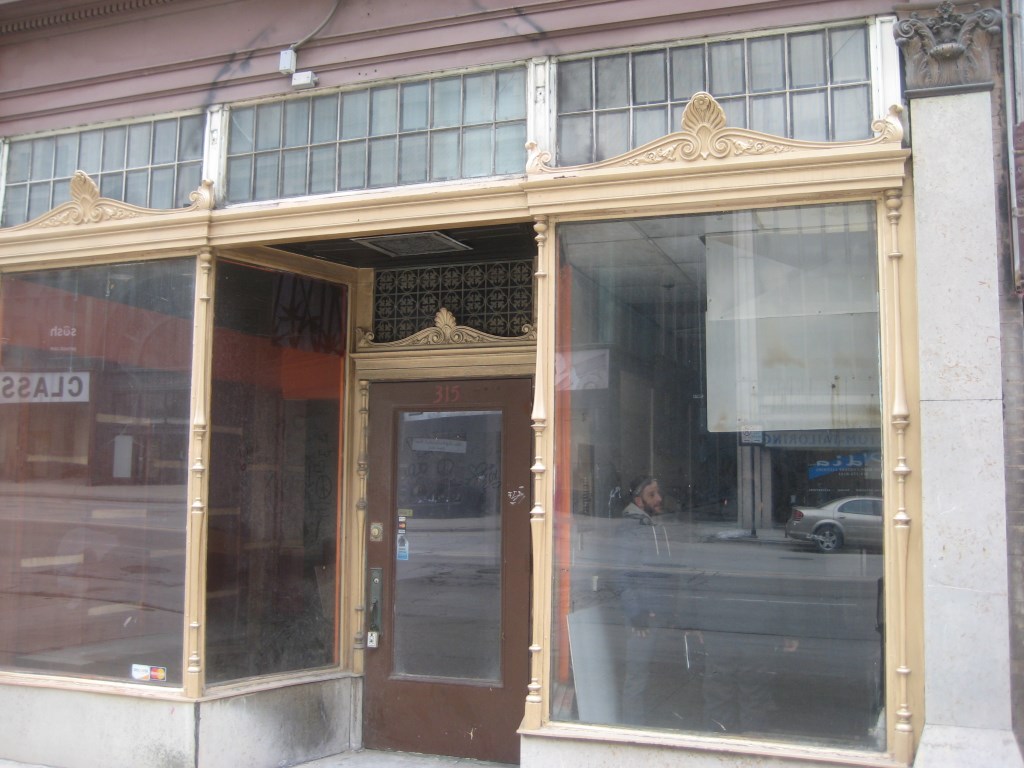 Tourists to Milwaukee are always looking for German restaurants, but many of the old places, like John Ernst Cafe, are long gone. Meanwhile, all kinds of other ethnic specialty restaurants are on the rise. That includes Spanish cuisine, with popular places like Movida, La Merenda and Espana Tapas House. Two new restaurants offering Spanish cuisine will soon open.

Amilinda has been winning fans even before it opened, as a result of its pop-up restaurant that opened on a weekly basis at The National restaurant. The long anticipated opening of its own restaurant at 315 E. Wisconsin Avenue has been set for July 21 for the general public, with a soft opening on July 18 for invited guests.

Amilinda owners Orry DeYoung and Chef Gregory Leon have been renovating the space since they acquired it in January. They’ve been posting pictures on their Instagram and have caught the eye of the public with posts of new bright red chairs. Leon grew up around the kitchen table in Venezuela, his bio notes, and “for the past eighteen years he has been cooking his way up the line in some of the hottest kitchens in San Francisco, including Universal Cafe, Poesia, and Tapeo. He is fond of the flavors of Spain, Portugal, Venezuela and The Deep South.”

We first reported on Amilinda opening in January.

A Spanish hotel in Milwaukee? Not quite. The owners of Movida restaurant are pairing with other partners to create a hotel-restaurant-bar at 600 S. 6th St. (6th and Bruce), but the hotel part will be very boutique, with just four units. The restaurant will be considerably bigger in theme, with a menu whose rustic dishes will draw from all of Spain’s regions, the Journal Sentinel reported, and will focus on traditional elements of coal, wood and smoke in preparing the food.

The space will include a patio area, parking and a lot in the back that is set to be a garden in the future.

The plan is to open the bar and restaurant first and then the hotel at a later date.

The project is expected to be completed by the end of the year.

Coming: A burger joint that is made to replicate burger places on the Las Vegas strip, but with more class.

Brian Ward, owner of Ward’s House of Prime locations in Milwaukee (540 E. Mason St.) and Delafield, is pairing with Point Brewery and its owner Jim Wiechmann, according to a Journal-Sentinel story.

Due to state law a brewery cannot own a restaurant; therefore Stevens Point Brewery has entered a licensing agreement with the restaurant to gain more exposure.

Point Burger Bar at 10950 W. Good Hope Road is set to open in September after a lot of renovations. The menu will include specialty burgers made from duck, lamb and turkey, as well as the traditional ones made from beef.

They will also have 24 draft beers available.

Most people know about Benji’s Deli at 4156 N. Oakland Avenue in Shorewood, which has operated there since 1963. Less well known is its second deli, which opened in Fox Point in 1998. This third store, 6606 W. North Avenue, will have a similar menu to the others, offering matzo balls, corned beef, hoppel poppel and other deli standards.

Benji’s owners Chris and Mike Price approached Paul Hackbarth, owner of Camp Bar, after he acquired the space and was looking for ideas.

Chris Price told OnMilwaukee that the building, now a chiropractor and grocery store, will be renovated beginning in August. He said the decor will be similar to the Shorewood store, but changes will be made to match the interior of Camp Bar. The plan is for Benji’s to open in East Tosa by the end of the year.

The food at Lucid has been given the proverbial hook and a larger focus will be placed on the bar and hookah resources they offer at 729 N. Milwaukee Street.

Lucid will also be changing their hours. The public will be able to enjoy the lounge Thursday, Friday and Saturday evenings. Other days of the week will be reserved private events, according to the Milwaukee Business Journal.

SURG Restaurant Group owns Lucid and Garden on Milwaukee Street and is pairing the two for banquets.

“Our experience has shown that the space is not conducive to combining food along with nearby Hookah,” SURG told The Milwaukee Business Journal in an email.

SURG also own Umami Moto, Carnevor and Distil in Milwaukee.

Back in January we reported on SURG buying the space, previously the bar Kenadee’s Ultra Pub.

According to The Milwaukee Journal-Sentinel:

Morel at 430 S. 2nd Street in Walker’s Point is finishing up a 32-seat patio. The fenced in and non-smoking patio is behind the restaurant and is slated to be open this week.

Hue Vietnamese Restaurant, 6519 W. North Avenue in Wauwatosa should have its patio open in the next two weeks.

Vagabond, 1122 N. Edison Street, is in the final stretch of converting an Airstream trailer into a bar. That trailer will then be place on its seven-table outdoor patio.

Ward’s House of Prime, Delafield location, is in the process of expanded its patio at 515 Wells Street. It was expected to open by the end of the month and will include two 10-by-5 foot fire pits for 12 seats.

Provisions stores are not the sort of establishment you find in Milwaukee, but Bumstead Provisions is attempting to fill this particular void.

The idea behind a Provisions store allows customers to use a restaurant as a farmers market and buy beer and wine directly from the restaurant.

Bumstead Provisions owners Devin Eichler and Mike Bodow also own Twelve12 Hospitality and are expanding this idea for Bumstead by offering a deli and boutique grocer.

Currently they are renovating the hardware storefront, ReThreads at 2671-75 S. Kinnickinnic Avenue in Bay View, according to On Milwaukee.

South Milwaukee Blog is reporting that Papa Luigi’s II is coming back after being closed for over a year.

Owner Sal Purposa is planning on re-opening the restaurant at 1919 12th Avenue after more than $1.6 million in water damages from a burst sprinkler system pipe.

Purposa said the restaurant will be open at first for bowling and other banquet events along with the bar.