It's 50 years old and serves nearly 600,000 people annually, and its long-awaited replacement is finally being built. 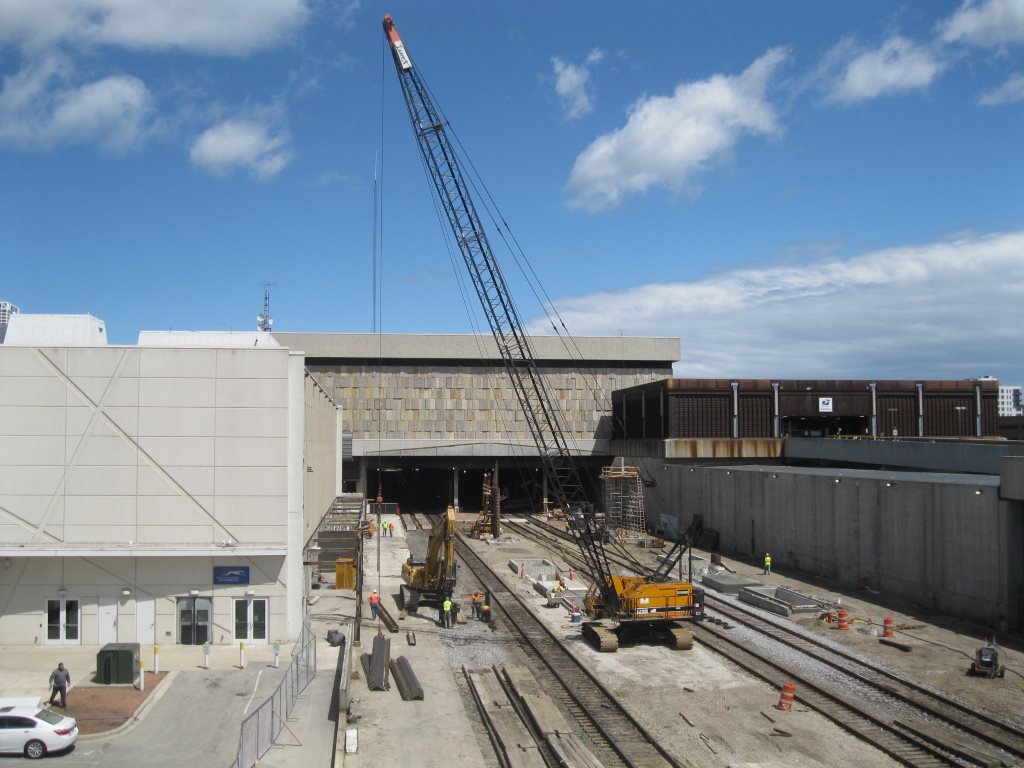 The Train Shed is being rebuilt. Photo by Brendan Murphy.

While the Milwaukee Intermodal Station looks clean and modern from the street following a 2007 rebuild, the actual experience boarding trains has remained dark and damp. The train shed dates back to 1965 when the station was built by for the defunct Milwaukee Road and has certainly seen better days.

Thankfully, long anticipated work is finally underway to rebuild the train shed at the rear of the station.

Unlike many other busy passenger rail stations in the United States, the tracks through the Milwaukee Intermodal Station are actively used by freight trains (including the much discussed oil trains from North Dakota). This substantially complicates the project because of the need for special platform heights and ceiling heights.

The Wisconsin Department of Transportation owns the station, train shed and platforms and has contracted with J.P. Cullen to serve as the general contractor on the $20 million project. The federal government is paying 55 percent of the cost. Work is scheduled to be completed by December of this year. The tracks are owned by Canadian Pacific.

The station is being rebuilt because the station is not compliant with the federal Americans with Disabilities Act. It is used daily by the Amtrak’s Hiawatha and Empire Builder services, with 596,415 passengers coming through the doors in 2014. Bus service at the station does not use the train shed. 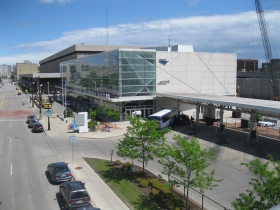 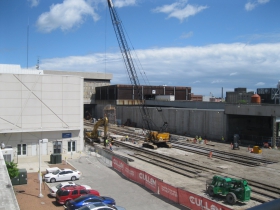 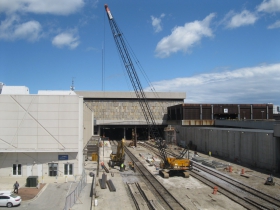 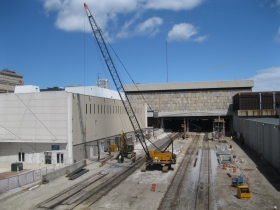 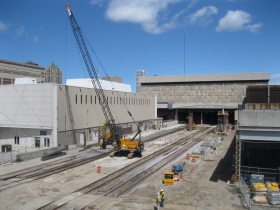 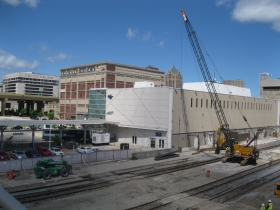 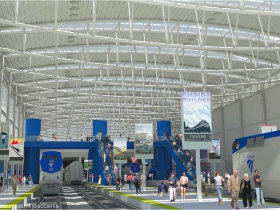 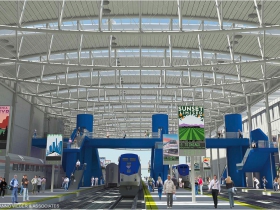 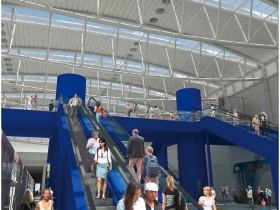 While the new train shed will be an incredible improvement over the previous one, it’s an unfortunate reminder of the comedy of errors that is passenger rail in Wisconsin.

When the saga begin in 2009 Governor Jim Doyle used legislatively granted powers to procure two Talgo trainsets for $50 million. This resulted in Talgo opening an assembly plant in Milwaukee and the state receiving $823 million in stimulus funds that would have paid for extending the Amtrak Hiawatha Service to Madison with stops along the way. In addition, the grant would have paid for required maintenance facility for the new trainsets, a new train shed, and a comprehensive study of further extending the Hiawatha to St. Paul, Minnesota.

The Amtrak Hiawatha continues to operate with nearly 30-year-old Amtrak Horizon trainsets that are maintained at a Chicago facility. Milwaukee-made Talgo trainsets are operating on the Cascades service between Portland, Seattle, and Vancouver, Canada. They’re also awaiting track upgrades in Michigan before they enter service between Chicago and Detroit.

Also lost with the capital funding rejection was the funding for the train shed. This left a project planned since at least 2010 with an unclear future, despite the requirement to make it ADA-compliant. During that same period, the proposed Kenosha-Racine-Milwaukee (KRM) commuter rail line that would have terminated at the station was also officially canceled.

The state did award a contract to rebuild the train shed in 2010 to C.G. Schmidt, but that was ultimately not executed. In 2011, the Federal Railroad Administration passed tougher regulations about platform heights to help disabled passengers, which required a redesign of the planned new train shed because construction had not gotten underway by the grandfathered date of February 2012.

Following completion of the new designs, the platforms will have multiple heights to serve the various equipment types that use the station. Janesville-based J.P. Cullen beat out three other bidders to rebuild the train shed in 2014 with the very precise, low bid of $20,094,843.24. The state had originally estimated the work to cost $15 million. Construction began in January.