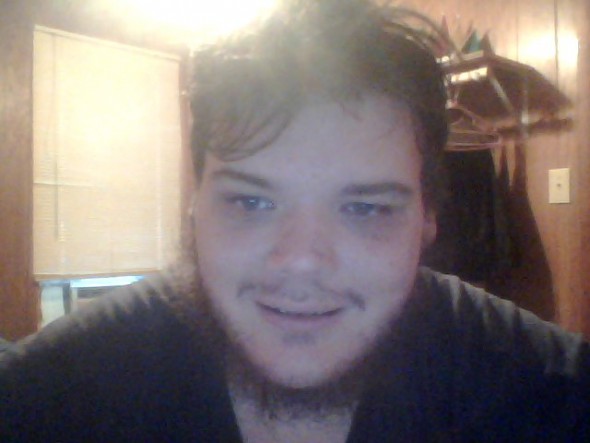 His bio, as he tells readers: “I was born on January 26, 1990, and I currently live with my parents in Westville, Illinois [just east of Champaign]. My main interests are blogging and watching sports on television. At a young age, I was diagnosed with an autism spectrum disorder known as Asperger’s syndrome. However, I’ve never let that define me.”

Indeed not. Aaron writes a blog called the “The Progressive Midwesterner,” and for some reason has decided to write not just about his home state, but also that partisan hotbed to the north, Wisconsin. He may well be the proverbial blogger in pajamas working on a basement computer, but Camp is hellbent on reshaping Cheeseland politics. He has already endorsed Russ Feingold for U.S. Senator, while calling him “a lot more boring, stale, and generic than the ‘old Russ Feingold,’” and has announced he is “officially calling for U.S. Senators Tammy Baldwin (D) and Ron Johnson (R)… to resign from office immediately” for “their role in a scandal involving opiate pain pills being overprescribed at a Veterans Affairs medical facility in Tomah.”

Yes, Camp is a man of many opinions, but he’s also done some reporting that’s stirring up the race for state Democratic party chair. The issue is one of some importance given how horribly the Democratic Party has done during the six years (since June 2009) that Mike Tate has served as chair. That has generated lots of criticism of Tate by liberals, followed by his announcement that he would step down in June, and has also underlined the importance of the race to replace him. 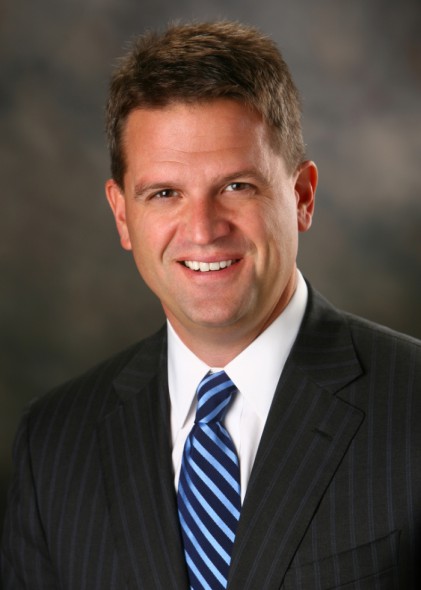 Camp doesn’t like two of the five candidates for chair, but has spent the most time criticizing Jason Rae, an employee of Nation Consulting, and wrote an eyebrow-raising piece noting that Rae’s boss, Thad Nation, “has provided money to at least seven right-wing organizations, including at least four that are funded either directly or indirectly by the Koch Brothers. Nation himself was listed in a 2012 IRS 990 filing as the principal officer of Coalition for the New Economy…. a 501(c)4 organization” which has funded groups “that have actively opposed Democratic and liberal political candidates, have actively supported Republican and conservative political candidates, and/or… advocated for far-right policies. Tax records show the group run by Nation gave $15,000 to the National Taxpayers Union, $5,000 to the Center for Individual Freedom, $5,000 to Americans for Prosperity, $10,000 to Freedomworks, Inc., $5,000 to the Institute for Policy Innovation, $15,000 to the Taxpayers Protection Alliance and $14,740 to the 60 Plus Association.

Camp’s post got the attention of the Spanish Journal whose editor, the combative Robert Miranda, co-wrote a story with Chris Johnson, listed as editor of a shadowy website called Kingfishmke.com. They note that Nation “is a well known Democratic Party ‘strategist’ and party consultant. He sells his services working for Democratic candidates seeking political office. He is considered one of the most influential behind-the-scenes players in Democratic politics. But with the revelation about his company, it seems he’s playing both sides.”

When asked to comment about this, Nation told me “I run a firm with a lot of different clients. We work with both Republicans and Democrats and we employ Democrats and Republicans.” As for the Coalition for the New Economy, where Nation is listed as executive director, with a salary of $104,396, Nation says his work for this group is for “a business client” — presumably one that favors far right causes, given the groups it funds.

Certainly there are consultants who do work for candidates for both parties, though that has become a lot tougher to pull off, given the partisan divide in Wisconsin. But if you are trying to have an influence on the direction of the Democratic Party, your credibility will be badly undercut by involving yourself in a group like the Coalition for the New Economy.

The situation for Jason Rae is quite different. As Nation notes, any clients connected to the right-wing giving by Nation are clients that Rae “has never worked under and are irrelevant to his portfolio.”

Camp contends it would be a conflict of interest for Rae to remain employed at Nation Consulting while serving as state Democratic chair, but I would assume he would leave the company to serve full-time as chair. Miranda and Johnson also note that longtime Democrat Sachin Chheda is a partner in Nation Consulting, but Cheda is not an equity partner in the company and is not listed with the Coalition for the New Economy.

The ever-busy Miranda also wrote a piece for the Milwaukee Renaissance website throwing mud at Joe Wineke, the former legislator and former Democratic state party chair who is once again running for the post. Back in 2007, Wood County Democrats passed a resolution asking Wineke to resign because he was involved in lobbying for a bill that would allow AT&T and other telephone companies to raise their rates without getting permission from the state Public Service Commission. As Miranda notes, Thad Nation was also involved in pushing for this bill in his role as the executive director of AT&T-backed Wired Wisconsin. (A bill like this passed in 2011 with little opposition from Democrats.)

I think we can assume that Miranda does not support either Rae or Wineke for the position of state Democratic chair. Down in Illinois, Camp supports former Wisconsin assemblyman Jeff Smith, whom the blogger calls “the only one of the five candidates for DPW Chair who, at least to my knowledge, has laid out a highly-detailed plan for rebuilding the Democratic Party of Wisconsin.”

Another issue that has arisen is the speculation that Tate will get hired by Nation Consulting once he steps down as party chair. Nation says he’s made no job offer to Tate and Tate told me he’s looking at various options. That doesn’t definitively rule out Tate’s hiring. And it will add yet more gossip to discuss when Democrats hold their 2015 convention on June 5-6 at the Potawatomi Hotel in Milwaukee. From back at his parent’s house in Westville, you can bet Aaron Camp will be waiting for the results, ready to rain down thunder if his man Smith goes down to defeat.

Update 6:30 p.m., May 26: This story has generated a lot of comments and emailed responses, along with various misunderstandings and allegations, so I felt an update with added information was in order.

For starters, I have no horse in the race for Democratic party chair (nor any opinions on who should run the Republican party, for that matter). I ran this column simply because it presented information I thought of interest to readers. Secondly, while I might have been a bit wry about Aaron Camp and the world of bloggers, I think he did a nice bit of reporting in uncovering that Thad Nation of Nation Consulting has served as principal officer for a group, Coalition for the New Economy, which has made contributions to right-wing groups, including several associated with the Koch Brothers.

But while that may raise eyebrows about Nation, a longtime Democrat, it’s not clear it casts any shadow on Jason Rae, an employee of Nation Consulting who is running for state Democratic party chair, because he has had no involvement with the Coalition for the New Economy. Several readers have noted that Jason was involved with Wired Wisconsin, a group that pushed for telecom deregulations. That may be relevant to those choosing the next state party chair but has nothing whatsoever to do with the Coalition for the New Economy, which is what my story was about.

A reader also emailed me to note that Nation Consulting has been hired to do work for the state Democratic Party in the past, suggesting (as others have) an incestuous relationship. According to Mike Tate, current party chair, the company has indeed done consulting for Tate as well as his two predecessors as party chair. And the next party chair may call on Nation Consulting services as well, Tate says, because in a state this small there aren’t that many companies doing such work. Notably, Nation Consulting’s work for Tate was done by Rae, who filled in for a few months as interim membership director, when that position was vacant. Tate says Rae did “a good job.”

Whatever the facts are, those who support others for party chair will find ways to use them to attack Rae, or Joe Wineke, another target of mud slinging. For me what was newsworthy was simply the Koch Brothers connection.

It’s worth noting, however, that Dominique Paul Noth, who served for 11 years as editor of the Milwaukee Labor Press, and now writes a political blog, doesn’t see why any of this should concern Democrats. “I was somewhat surprised that a good journalist like Murphy,” he writes, “neglected to point out that public relations firms run by Evan Zeppos and Martin Schreiber have many Democratic friendly clients but also clients…some Democrats are not crazy about —  yet no one accuses Zeppos (who worked for Dave Obey and other leading Democrats) or Schreiber (who was a Democratic governor) of being Koch slaves or extending the guilt by association to anyone who works for some of their clientele. And these other PR firms have also worked for clients like ATT who want to control Internet lanes and yet are involved in supportive union employment or activities.”

Speaking as a reporter, I see a difference between working for a corporation and working on the funding of shadowy groups connected to the Koch Brothers, but Noth’s central contention, that Democrats should avoid a “purity test,” offers another way of looking at this whole muddy dispute that’s timely indeed.

25 thoughts on “Murphy’s Law: Race for Democratic Chair Gets Dirty”