The Lake Bluff of Yesteryear

This late 1880s photo shows the dramatic views afforded by the winding paths of Juneau Park. 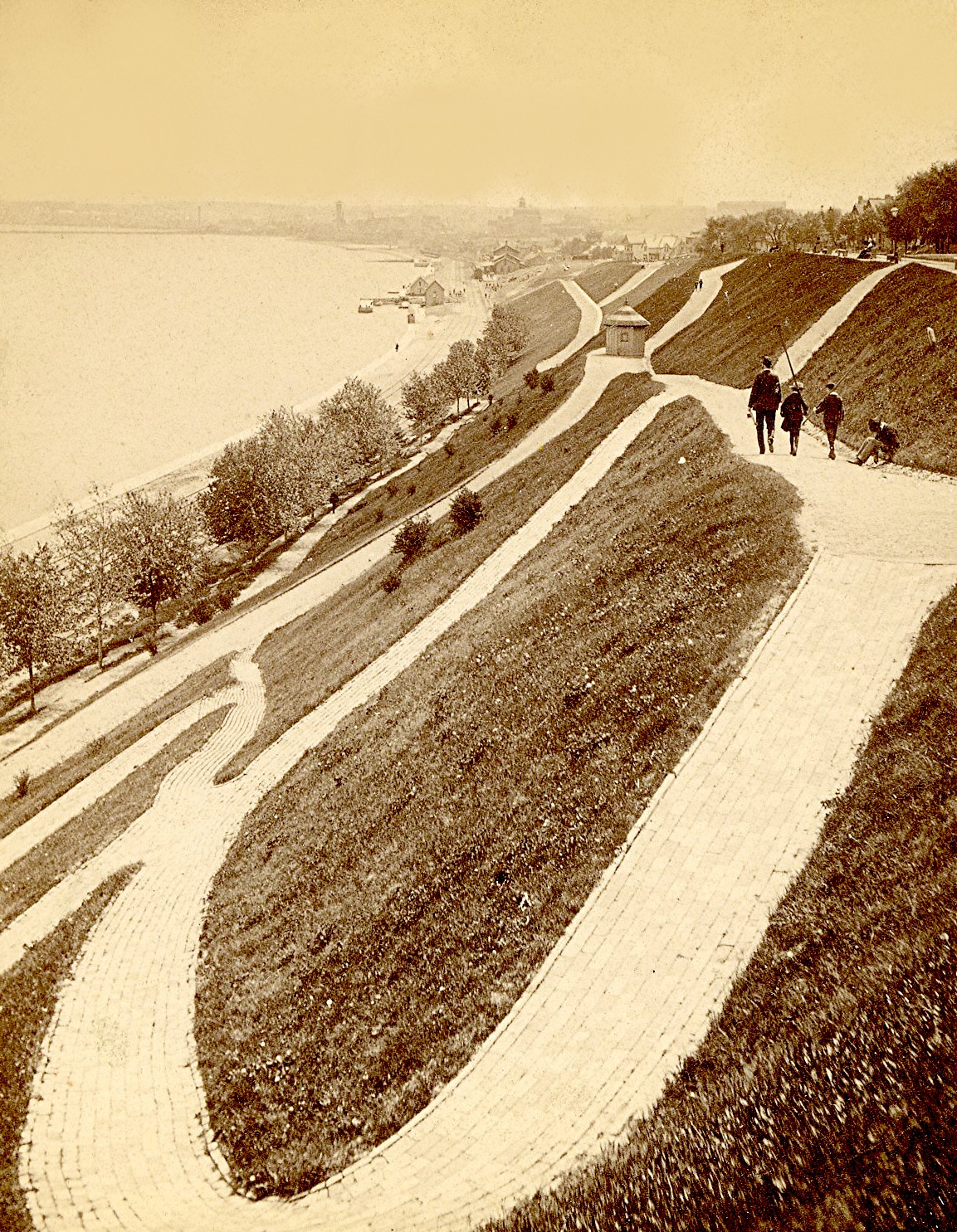 In the second half of the 1880s, the landscaping of Juneau Park would be complete. The park was mostly grass in order to preserve the view of Lake Michigan. Paved curving walkways would lead pedestrians close to the lake, at least until they arrived at the railroad tracks. The original Chicago & Northwestern depot is faintly visible on the background.

The park would prove to be a great success and a source of civic pride. There would be many stereoviews and postcards produced of the park, but this one truly captures the dramatic setting. It is a photo by famed photographer H. H. Bennett, who was commissioned by the Chicago, Milwaukee & St. Paul Railroad to photograph the landscape along the company’s track in Wisconsin. Bennett, perhaps best known for his photos of Wisconsin Dells, took some 200 stereoviews of Milwaukee, beginning in the late 1870s. This was one of his last.

The success of this park would lead to the establishment of Lake Park in the 1890s, designed by Frederick Law Olmstead, that would have beaches, ravines and many mature trees. Also there were no railroad tracks to impede access to the beach.

5 thoughts on “Yesterday’s Milwaukee: The Lake Bluff of Yesteryear”