You might say Adam Carr is Milwaukier Than Thou. He’s the perfect tour guide for YP Week. 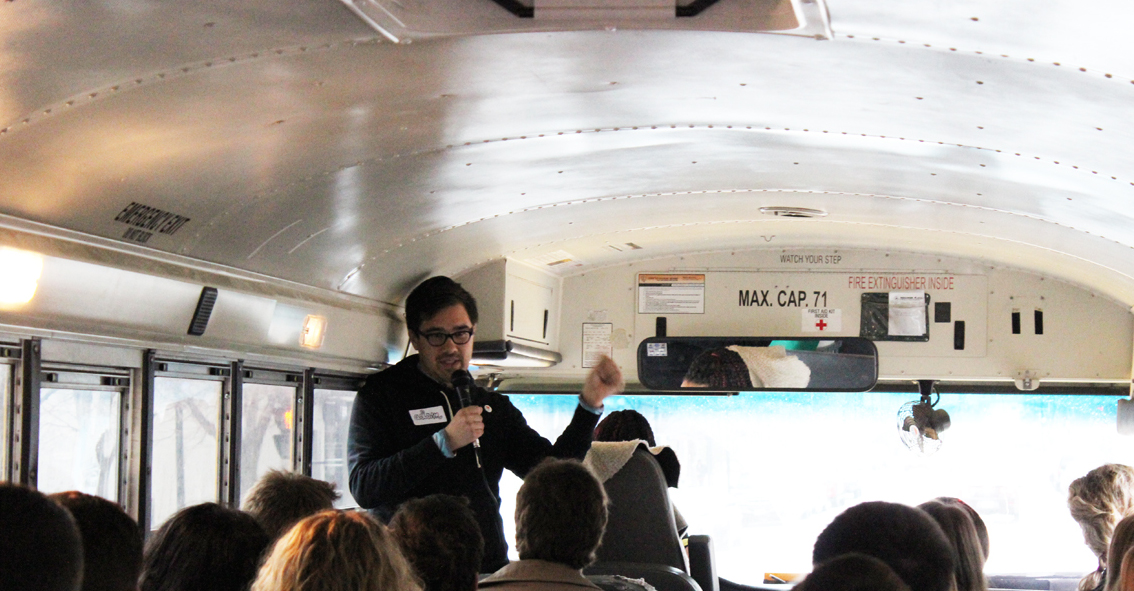 He worked for four years producing short-form stories about the city at 88Nine RadioMilwaukee. He sits on the boards of a number of community organizations. He works closely with Milwaukee Public Schools, and runs an original social media project called Milwaukier Than Thou that observes life, art, and community in small glimpses throughout the city. As a lifelong Milwaukeean and an active and enthusiastic (read: obsessed) member of the Cream City community, Carr strives to promote knowledge and appreciation of the city’s past, present, and future to anybody who’ll listen.

A major goal in his work is trying to dissolve the self-imposed borders of Milwaukee’s disparate neighborhoods and communities. That continuing division, he believes, pushes Milwaukeeans to remain within their own borders and discourages exploration and discovery.

“The best way to make headway on these problems is opening ourselves to experience,” he says. “In much of my work, I’ve tried to convince people that getting to know the city is worthwhile. And I’ve found there’s no better way to make that argument than bringing the people to the places.”

Detours By Carr made its debut at last year’s YP Week. The three-to-four hour guided tours take guests – both native Milwaukeeans and visitors alike – on a bus tour across several Milwaukee neighborhoods. Carr and NEWaukee have collaborated on three tours in the last year on routes designed by Carr. Past destinations included Washington Park, Concordia, Silver City, KK River Parkway, Haymarket, Harambee, Riverwest, among others.

“I generally pick neighborhoods that I love and want to share with the public,” says Carr. “Also, I try to choose communities that aren’t already saturated with entry points for a general public.”

In April, guests will have the opportunity to explore the Harbor District and the Menomonee Valley, which Carr describes as the industrial corridor of the city. The area is rich with historically and culturally significant sights relevant to the past and future development of the city. Carr is still working on the details, but he expects it to be the best tour yet.

Carr has given many informal tours to family and friends by bike or car. Detours By Carr offers a special challenge in the form of a mixed audience, consisting of lifelong Milwaukeeans and out-of-towners. The job of playing host affords him little time to chat, but he’s observed groups of people coming together and connecting throughout past tours.

“Which is awesome,” he says.

The mixed audience requires him to stay sharp and make no assumptions about what the guests might already know. It’s fun, he says, to start at the basics and move forward.

Detours By Carr provides guests with an opportunity to see and learn about a vast area of the city, guided by a man whose enthusiasm and passion for the community is infectious. “Most fish have a hard time describing the taste of water,” he says.

Yet Carr himself sometimes thinks about swimming away: “It’s a paradox – as I get deeper and deeper in the city, my fantasies of leaving become more and more vivid while my commitment to stay and work become more wholehearted. Milwaukee is my city, for better or worse.”

His capsule description of the city’s style? “Milwaukee is an unpretentious place where people work extremely hard and our commitments are fierce.”

Carr’s fourth Detours by Carr tour runs April 12, from 10:30 am to 2:00pm. The tour costs $30 and includes complimentary food and beverages and stops in each neighborhood. Sounds like some serious fun.

Sites on the Tour 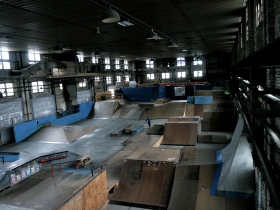 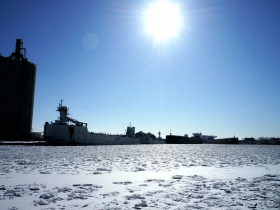 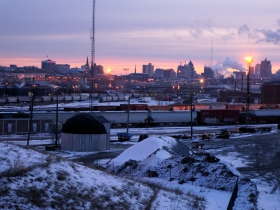 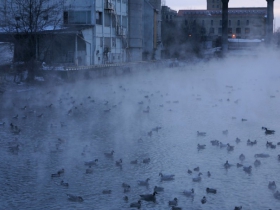 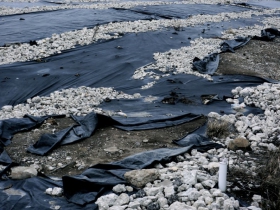 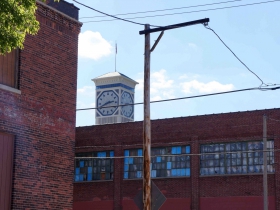