Prior to the settlers arrival, the lakefront wasn't a gorgeous green space, but an often-grassless bunch of eroded bluffs. 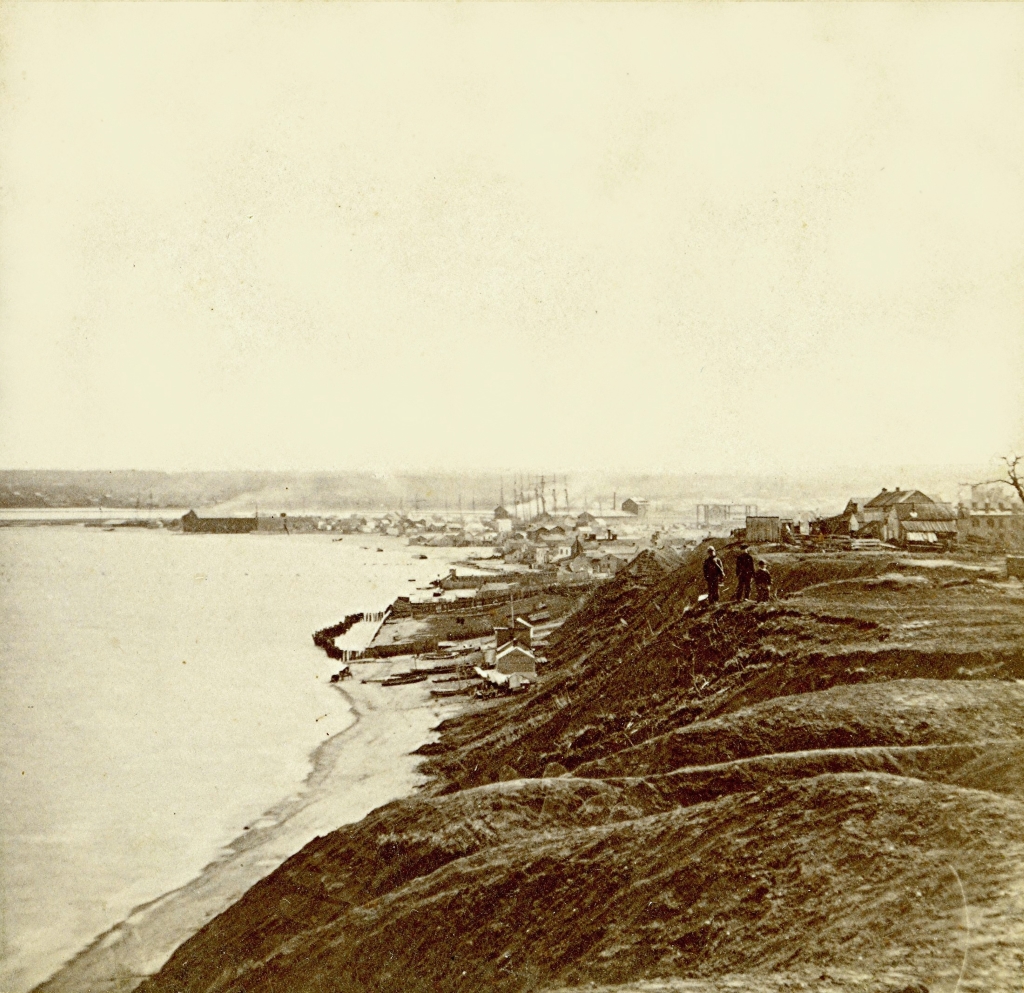 It is easy to imagine a Milwaukee lakefront in pre-settlement times as a place of unspoiled beauty with pristine beaches and majestic groves of ancient trees with a carpet of wildflowers on the forest floor. But the reality is that the water level of Lake Michigan has always been volatile and the lakeshore was anything but a place of pure beauty. A map from the 1830s indicates that much of the Wisconsin shoreline of Lake Michigan consisted of sandy cliffs.

This is a view of the Milwaukee shore dating from about 1866. The view is from the block between Wisconsin and Mason and looking south. Note the erosion and complete lack of trees. Another view from this period looking north shows bluffs bereft even of grass.

This southward view is of interest as it is after 1857 when a new channel had improved navigation from the lake to the Milwaukee River. Previous to this time boats would have to anchor or dock in the bay and use tenders to transport passengers and cargos to docks along the river. A lighthouse once stood about where the men in the foreground (up on the hill) are standing.

The harbor improvement of 1857 would turn the sandy peninsula at the mouth of the Milwaukee River into the fisherman’s community known as Jones Island. Some of the modest wooden homes visible in the background show the beginning of a settlement in the area. You can also see some ship masts pointing skyward.

After the harbor improvements Milwaukee would thrive, as its port was superior to Chicago. By 1862, Milwaukee was the top shipper of wheat in the world. But this was also an era when many railroads were being constructed and there Chicago had the geographic advantage, which allowed it to gradually supplant Milwaukee, becoming a leader in shipping a wide range of commodities.

5 thoughts on “Yesterday’s Milwaukee: The Lakefront, About 1866”