This scene from a century ago, with paths winding down to the lake, may have been when this area was at its peak. 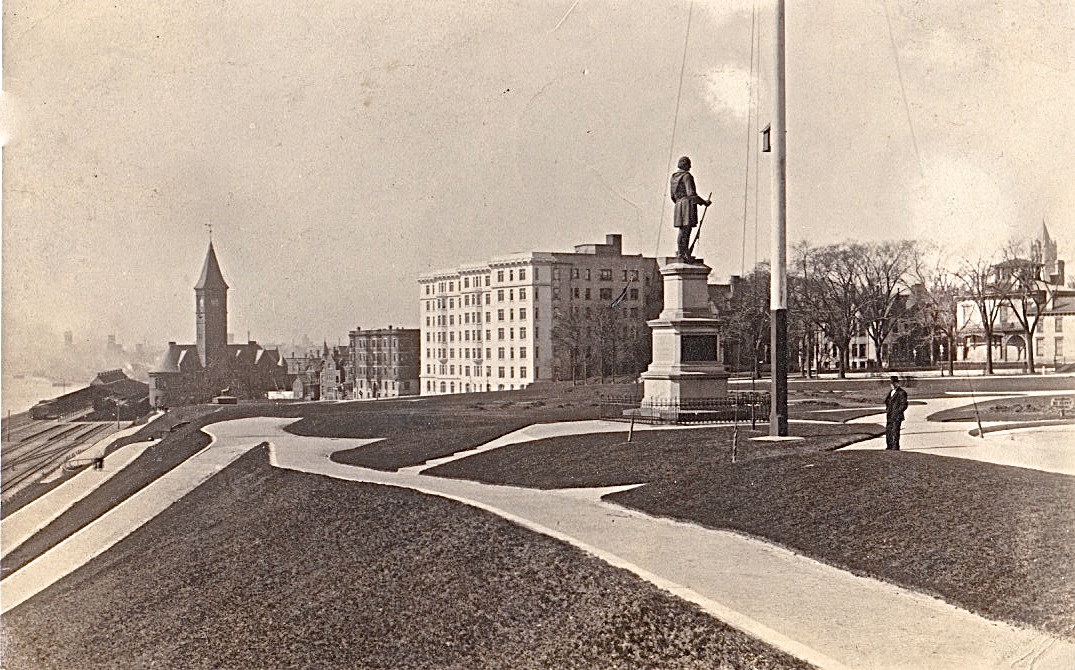 The Lakefront in 1911. Image courtesy of Jeff Beutner.

Picture Milwaukee’s lakefront about a century ago. Elegant parks and fine buildings would come to mind. This photographic postcard dating from 1911 fits that bill. The Solomon Juneau statue is in the foreground and paved pathways in Juneau Park lead pedestrians down to Lake Michigan. The white building in the center is the Buena Vista apartments which would later expand and change its name to the Cudahy Towers.

The tower of the beautiful Chicago & Northwestern Railway Lakefront Depot stands out to the left. The station, like the Milwaukee Road depot, would be demolished in the 1960s for an expressway that was never built. The depot’s destruction was soon lamented, and helped trigger the beginning of a historic preservation movement in Milwaukee which has grown since that time. By the 1970s the idea of a lakefront expressway  — that would have destroyed Juneau Park — was abandoned, though the less intrusive Lake Parkway (I-794) was built.

As lovely as this scene looks, Milwaukee’s lakefront was not always so beautiful or serene. This view is arguably the lakefront at its peak. The next few weeks will feature views dating from the 1860s and later showing major changes up through the 1920s on the lakefront.

14 thoughts on “Yesterday’s Milwaukee: The Lakefront in 1911”