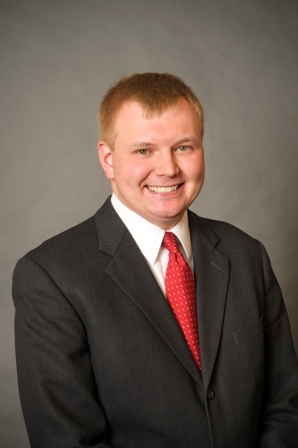 The next chair of Wisconsin’s Democratic Party will be expected to: Win the U.S. Senate seat (held by incumbent Ron Johnson) in 2016 and win the state – again – for the party’s presidential candidate that year. Win the 2018 race for governor. Retake seats in the Legislature, so the party is at the computer when new legislative district lines are drawn after the 2020 Census.

And, raise money – lots of it, since court rulings have wiped away limits on how much cash can be showered on political candidates and groups that support them.

These are big expectations, but five candidates – each from different regions of the state – want to be replace retiring State Democratic Chair Mike Tate when delegates at the June 5-6 state convention in Milwaukee pick their next leader.

Of 15 Democratic legislators polled on the issue, only three had endorsed a specific candidate. Democratic Sen. Tammy Baldwin, three Democrats in the U.S. House and former Sen. Russ Feingold, who is expected to try and regain his Senate seat next year, will also be part of the dialogue over the party’s next state chair. The five candidates for the position include:

*Jason Rae, 28, of Milwaukee, who would be the youngest state Democratic chair in the nation. His campaign website says he rode his bicycle to party events in Barron County, where he grew up, before he could legally drive and he joined the Democratic National Committee at 17, before he could vote. Rae is also chair of Fair Wisconsin, the advocacy group for LGBT issues, executive director of the Wisconsin LGBT Chamber of Commerce and works at Nation Consulting, a Milwaukee-based public relations and marketing company started by Thad Nation, a former top aide to Democratic Gov. Jim Doyle.

*Joe Wineke, 58, of Verona, a former state legislator and Democratic Party chairman. On his Facebook campaign page, Wineke touts his labor background:  “My father was a 50 year member of the Carpenters Union. My mother was an AFSCME member for 20 years. I was a member of the Operating Engineers for 11 years. My wife was a 15 year member of WEAC and my son is a Journeyman Electrical worker.”

Wineke also makes this campaign promise: If Democratic candidates don’t win in the next round of elections, he will only serve one term. Backing Wineke is Sen. Jon Erpenbach, of Middleton, who followed Wineke in the Senate.

*Martha Laning, of the Town of Sheboygan, who ran unsuccessfully for a Senate last year and recently announced her campaign. On her campaign website, Laning touted her business experience working for Target and her non-profit work that includes equipping a school computer lab and raising $4.6 million for an inter-generational center in Sheboygan County.

*Jeff Smith, 60, of Eau Claire, who served two terms in the Assembly. In his campaign announcement, Smith said: “I’ve lived in the Chippewa Valley my entire life. I owned a small business for 25 years in the Eau Claire area and raised a family there, and as a regional political director I’ve traveled across all of western, northwestern and central Wisconsin to hear from rural people…. It was a good mix of urban and rural voters that sent me to the Legislature.”

*Steve Smith, 63, of Shell Lake, who served one term in the Assembly before losing last November. Last year, Smith posted this bio: “Political issues have been a lifelong interest of mine since JFK’s election in 1960. I have served on the Airport Commission, Zoning Board of Appeals, Barron County Board, Wisconsin School Bus Association (including a stint as president), and working with the DOT and Legislature on safety issues.”

First-term Democratic Rep. Jonathan Brostoff, of Milwaukee, said the next party chairman must “have a long-term view” so Democratic legislators will be the ones drawing new legislative district lines in 2021.

Democratic Assembly Leader Peter Barca said whoever is chosen as the next party chair must work as “tirelessly” as Tate, who was “all in.”

Steven Walters is a senior producer for the nonprofit WisconsinEye Public Affairs channel. Contact him at stevenscwalters@gmail.com

3 thoughts on “The State of Politics: Who Will Lead the Democratic Party?”