Scott Walker. Photo from the State of Wisconsin Blue Book 2011-12.

Gov. Scott Walker really likes to turn down federal funding. Walker rejected some $800 million in funding for high speed-rail and an expansion of Medicaid that has cost the state some $500 million. Now the Walker administration is quietly implementing a legislative change that will slash food assistance to poor people across the state beginning on April 1. A Legislative Fiscal Bureau report has estimated that more than 31,000 people statewide will be quickly thrown out of the federal Supplemental Nutrition Assistance Program or SNAP. Some 14,500 of those will be in Milwaukee County, the Hunger Task Force estimates. Long-term both those numbers are likely to double.

“It’s going create a whole new class of poor people,” says Sherrie Tussler, Hunger Task Force’s executive director. Her organization projects a 42 percent increase in hungry people in the county within the first year of the program and worries that food pantries and soup kitchens operated by churches and volunteers will be overwhelmed.

Walker and state legislature supported this change as part of the 2013-2015 budget, which will require any able-bodied adults without children to be employed at least 20 hours per week. Republicans like Assembly Speaker Robin Vos supported the proposal, saying the new law gives people an incentive to find work and move off SNAP, while Democrats have called the policy mean-spirited. Given that an adult without children only gets $123 a month in food stamps, it’s hard to see how this meager payment would make someone less likely to seek employment.

This 20 hour-per-week work requirement is actually specified by federal law, but 45 states have asked for and received a waiver to this requirement, which had included Wisconsin until the new law was passed. Wisconsin’s past experience with such work requirements has not been good. In 2011, its FoodShare Employment Training program cost $19 million to administer and had 6,021 participants, but only 179 people got jobs, at a cost of more than $8,900 per job.

The new program aims to increase “opportunities for education, vocational training and active engagement in the workforce” for FoodShare recipients, as Claire Yunker, spokesperson for the state Department of Health Services notes. But the state is projecting that about half of all able-bodied adults getting food stamps will drop out almost immediately. Most of the new program’s activity will involve determining whether recipients are working and then striking them from the rolls.

Indeed, under these new rules, FoodShare eligibility for able-bodied adults is limited to just 90 days in any three-year period. The days needn’t be consecutive. When you hit the 90th day in a three year period where you haven’t been working, you are dropped from the FoodShare program. For felons who have great difficulty getting jobs, for low-income people who have better luck with an off-the-books job in the underground economy, for anyone fired who has trouble getting another job within 90 (or less) days, for anyone who gets sick too often. too bad: they will be dropped from the program.

If the program works as W-2 did, the emphasis will be on cutting the rolls, not job placement. The less recipients there are, the less administration for ResCare and any of the other private companies selected by the state to run this program, and the lower the state’s administrative costs. The state has allocated more than $58 million for this program, and the goal is to expel all 62,000 or so able-bodied adults from the program, in the process stopping some $92 million in SNAP assistance from flowing into this state. 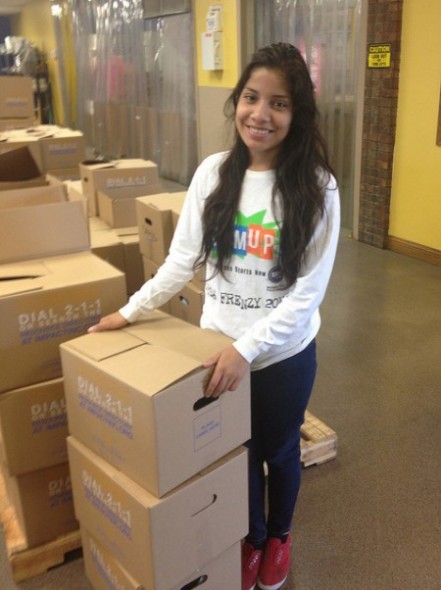 That $92 million in turn is estimated to generate $166 million in economic activity. Balanced against that loss would be the gain in private sector jobs for FoodShare recipients, which based on past experience may result in as few as 1,000 people placed in jobs.  Strictly from a dollars and cents perspective the program seems incredibly foolhardy.

As for its impact on Milwaukee, the result will be a huge increase in people coming to food pantries and soup kitchens, which will suck up the time and energy and contributions of good-hearted volunteers in the county — all of which might have been devoted to other causes in a city with so much poverty.

The proposal, however, will be a boon to companies like ResCare, which calls itself ‘the nation’s largest private provider of services to people with disabilities; the largest one-stop workforce contractor and the largest privately-owned home care company.”  The privately-held company based in Louisville, KY, had annual revenues in 2013 of around $1.6 billion and more than 45,000 employees in 43 states, Reuters reports. About 65 percent of its revenue has come from federally-sponsored state Medicaid programs.

Not surprisingly, ResCare makes sure it has good connections with politicians. The company spends more than $100,000 on political donations annually, with 89 percent of it going to Republicans. That appears to be a very cost-effective investment.