You, Too, Can Buy a Home

Homeownership Fair helps renters see how they can save money by buying a home.

By Matthew Wisla, Milwaukee Neighborhood News Service - Mar 12th, 2015 10:48 am
Get a daily rundown of the top stories on Urban Milwaukee 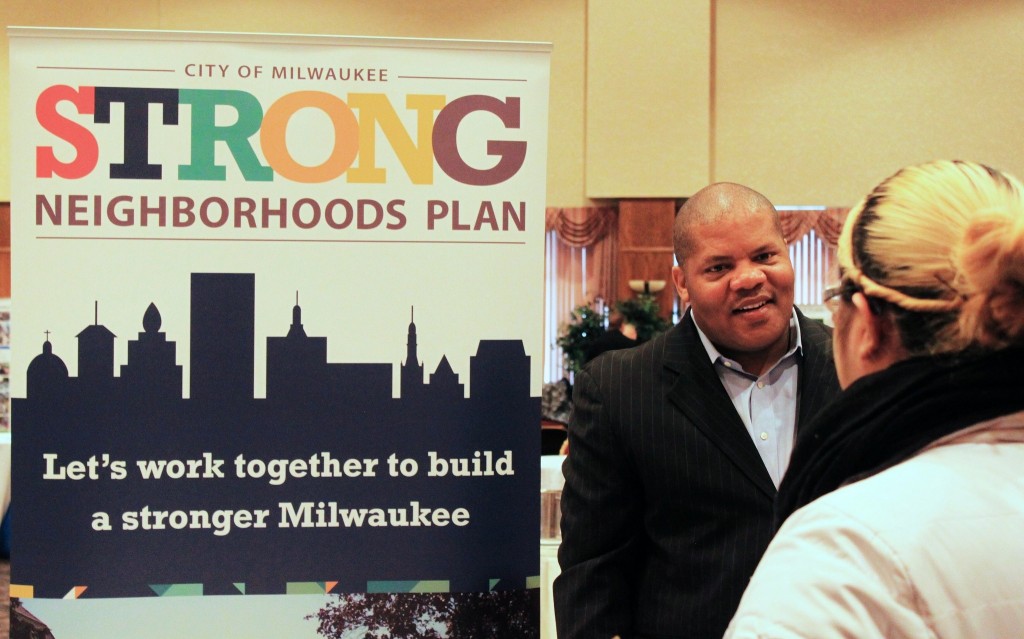 Attendees at the homeownership fair learn about the city’s Strong Neighborhoods Plan, which features forgivable loans and other options for making home buying affordable. (Photo by Matthew Wisla)

Spring is in the air, and more than 250 house hunters marked the beginning of home-buying season by attending a homeownership fair organized by Take Root Milwaukee at the Italian Community Center. With a range of affordably priced homes on the market and mortgage rates lower than at this time last year in most loan categories, interest in the central city is running high.

Affordability is the main attraction for many potential buyers. Jessica Noth, healthy neighborhoods coordinator for the Havenwoods Economic Development Corp., said she spoke to a man at the fair who pays $800 for rent each month and became interested in homeownership after realizing that it would be within his budget. For example, the mortgage payment for an $80,000 home is typically between $550 and $650 with a down payment between $2,800 and $16,000.

Even so, some potential buyers wrongly assume that homeownership is beyond their means, according to housing experts and exhibitors at the fair.

“One of the big misconceptions about homeownership is when people assume they can’t afford it,” said fair exhibitor Irma Yépez Klassen, associate director of Select Milwaukee. “They assume everyone needs a big down payment, but it’s often not as expensive as they think and there are many loan options available.” 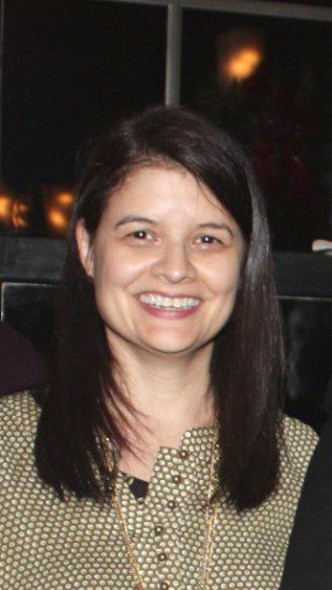 Irma Yépez Klassen, associate director of Select Milwaukee, encourages prospective homeowners to learn about the buying process before jumping into the market. (Photo by Matthew Wisla)

The fair, now in its fourth year, featured home-buying workshops that help take the mystery out of what can be a daunting process. City housing officials, lenders, homeownership specialists and realtors discussed the market for city homebuyers, explained the buying process and answered questions.

Organizations such as Select Milwaukee regularly conduct extended home-buying workshops where prospective buyers receive individual counseling on improving their credit worthiness, if needed, and how to choose a home that’s right for them, according to Klassen. They also learn about their eligibility for special mortgage or home rehabilitation loan programs.

Joey Zocher attended a workshop before buying her home in the Burnham Park neighborhood last summer. “It’s always good to revamp your budget and get input on your finances and the buying process,” she said.

One potential budgeting problem involves buyers who hope to economize by getting a “fixer upper” but then underestimate the amount of work involved. Jeremy Belot, director of real estate development for the Layton Boulevard West Neighbors’ Turnkey Renovation Program, discussed this pitfall with attendees at the fair.

“We have seen a lot of buyers bite off more than they can chew when they find they can’t keep up with the challenges of a fixer upper,” he said. “Or things start to snowball when something goes out unexpectedly or more repairs are needed than were anticipated.”

Klassen said the key is an “educated consumer” who understands her budget and the maintenance and repair requirements of the new home. “The goal is sustainable home ownership,” she said.

Milwaukee’s foreclosure crisis has added to the inventory of affordable homes on the market, but buyers need to budget carefully for rehabilitation. “So many homes that were in foreclosure are now on the market but need to be fixed up,” said Noth. “Buyers need to beware of being blindsided by rehabilitation expenses and be sure their loan covers all the costs and is affordable.”

Among the most popular loans discussed at the fair was one that’s available through the Homebuyer Assistance Program offered under the city’s Strong Neighborhoods Investment Plan. The $20,000 loan is forgivable for qualified applicants buying and rehabilitating a city-owned foreclosed home. Other loan assistance programs for low- to moderate-income homebuyers are available through several banks, including US Bank and Great Midwest Bank, and some neighborhood development associations, according to Noth.

Fair organizers and exhibitors were optimistic about the current market for homebuyers. Although median prices for single-family homes in the city have increased about $10,000 in the past year, according to Klassen, the market is favorable for buyers due to the improving economy and lower mortgage rates.

“It has been a slow winter for home buying,” added Belot, “so there’s some pent-up demand in the market now that spring is finally here.”

For Zocher, this will be the first spring in her new home, and she has big plans. “I’m putting in a garden bed in the back and planting native flowers out front,” she said.