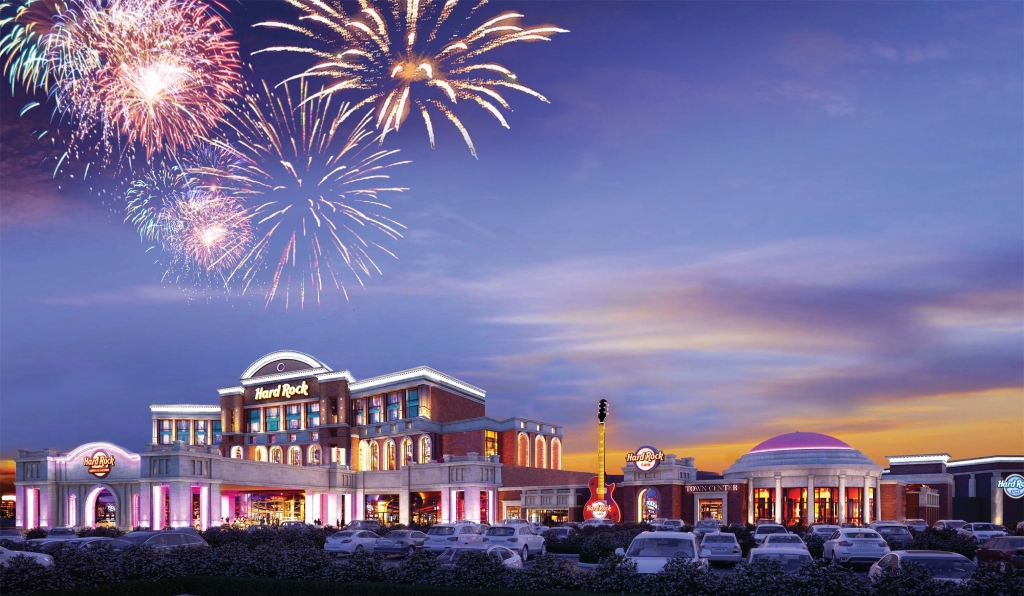 No issue is tougher for elected representatives than the demand to subsidize a pro sports stadium or arena. Across the nation, voters overwhelmingly oppose such deals, which forces politicians to scramble for some ingenious end run around the taxpayers.

So the announcement by the Menominee tribe — that it would funnel $220 million of earnings from its proposed Kenosha Casino to underwrite the entire taxpayer bill for the new NBA arena in the proposal by Gov. Scott Walker — was like manna from heaven for worried state representatives. Now they wouldn’t have to consider voting for just the kind of plan that got George Petak, the Racine state senator who voter for the Miller Park subsidy, recalled from office.

So what was Walker’s reaction to the Menominee proposal? He rejected it.

This is one of the most astounding political decisions I’ve seen in more than three decades of covering state and local politics. As Assembly Minority Leader Peter Barca (D-Racine) puts it, the offer from the Menominee “is a no-brainer. It’s a double bonanza for the taxpayers, who will get two magnificent entertainment venues (a casino and an NBA arena) without having to pay a dime in taxes.”

At the press conference in Madison, the offer from the tribe managed the rare trick of uniting the four Republican and Democratic representatives in attendance from the Racine and Kenosha area, all of whom lauded the proposal.

“This proposal is a game changer,” said Rep. Samantha Kerkman (R-Powers Lake), who cited the estimated 10,000 jobs the casino project would create and the “two to four billion” in revenue it could generate, according to a study by the Illinois legislature. “I want to bring that money here to Wisconsin.”

In a statement, Assembly Speaker Robin Vos (R- Burlington) said, “This proposal is an exciting opportunity and could be a win-win for everyone involved.”

Indeed, the details of the proposal as spelled out by Menominee tribe chairman Gary Besaw and Jim Allen, president of Hard Rock International, the tribe’s partner in this project, were eye opening.

Allen noted that studies showed there were 8 million potential customers for the casino, 80 percent from Illinois. The projected revenue from the proposed, $800 million casino is enormous. Besaw noted the tribe would pay $1.2 billion in annual payments (7.5 percent of its annual revenue) to the state over 25 years — plus the $220 million to pay for a new arena for the Milwaukee Bucks. 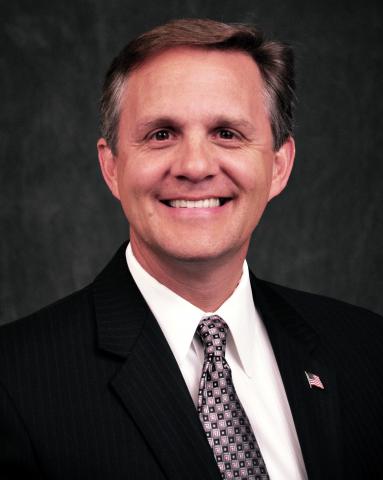 So why did Walker reject the deal? His Secretary of Administration Mike Huebsch wrote a memorandum noting the Potawatomi tribe (which owns the Milwaukee casino and opposes the Kenosha casino) has threatened to sue the state and could gain $250 million. The tribe claims the state would have to repay its payment of $25 million per year because its contract with the state guarantees no casino competitor within a 50 mile radius.

But the Walker administration hired the Dykema Gossett law firm, under a contract that would pay up to $500,000, and its attorney R. Lance Boldrey concluded that if the Potowatomi won the dispute, it would then be ruled by an earlier 1998 contract, which means it would lose nearly 2,000 slot machines and could also open the door to getting its contract cancelled by 2019. “It does not appear to be in anyone’s best interest to pursue a remedy that results in a reversion to the 1998 compact,” Boldney wrote.

Yet Walker’s rejection of the Menominee offer stated that the “taxpayers still face significant and substantial risks due to potential litigation.”

Walker cited no legal opinion to back up his claim. Instead he referenced a memo he received from Huebsch, who is not a lawyer. Indeed, Huebsch, who attended Oral Roberts University, never graduated from college. I asked Walker’s spokesperson Laurel Patrick, “is there a legal expert the governor or Huebsch has consulted to determine there is a litigation risk?” and she never answered, but merely sent me Huebsch’s memo.

Back in the real world. where lawyers are considered experts on litigation, I checked with Penny Coleman, a principal with Coleman Indian Law in Washington, D.C., who offered this assessment: “I think there is little litigative risk.” She noted that the federal Department of Interior has “made it quite clear… it will not support an anticompetitive position designed to prevent other tribes from conducting gaming. Plus, the State (of Wisconsin) did what it was required to under the existing compact, enter into arbitration. The State cannot be held responsible that the Tribe proffered amendment that was not legal and thus disapproved. The State’s position is quite strong.”

A similar opinion was offered by Kathryn R. L. Rand, Dean of the University of North Dakota School of Law, and Co-Director of the Institute for the Study of Tribal Gaming Law & Policy. She has noted that “compact provisions intended to exclude other tribal gaming may violate federal law…What is certain is that the 2005 compact (signed by the Potawatomi and then Gov. Jim Doyle) does not require any refund from the state.” And “even in the unlikely event” that an arbitrator might decide a refund by the state is required, “it is questionable whether it would be approved by the BIA (Bureau of Indian Affairs).”

“Candidly, the governor’s position on this is puzzling,” Besaw said. “His own outside counsel agreed with our stance that any risks of litigation are very, very far-fetched. And we believe in this so strongly that we have put up a bond to protect the state.”

Besaw and the tribe have promised to pay for a bond to indemnify the state from up to $275 million in any possible costs due any litigation. Walker’s statement rejecting the Menominee offer claimed the bond “would do little to nothing to protect the taxpayers” — without citing any legal opinion, and again referencing the memo from non-lawyer Huebsch.

So I ran this by Matthew L.M. Fletcher, a Professor of Law at Michigan State University College of Law and Director of the Indigenous Law and Policy Center, which follows the law on Indian gaming. What impact would the bond have, I asked.

“Wow, he said. “Seems like that would cover the risk.”

Or as Kerkman put it, “there is not a nickel of taxpayer risk in this deal.”

Adding in the $275 million bond, this makes this a $1.7 billion deal for the state. But can the casino generate enough revenue to pay for this?

That’s a slam dunk, noted Allen, whose company has long experience in the gaming industry, because the percentage of revenue charged casinos by Wisconsin is much lower than in other states. He noted that Hard Rock pays 42 percent of gaming revenues in Ohio and gaming companies in other states “pay 30 percent, 40 percent, 50 percent, even 60 percent” of gaming revenues. Even with the payment for the NBA arena and $275 million bond included, he noted, “we would still be under 20 percent of revenues in what we pay to the state.”

“And obviously, that is the reason why the Bank of America and Merrill Lynch gave us a highly confident letter in order for us to get the additional financing needed for this project,” he added.

All of which raises anew the question: how could Walker possibly turn down this offer? “I think because 600 conservatives in Iowa told him he can’t win the Iowa caucuses (in the Republican presidential race) if he favors the casino,” Barca says.

Certainly Walker’s timing — he turned down the Kenosha Casino not long after he received the warning from Iowa conservatives — suggests this.

Interestingly, Besaw and Menominee representatives say they made an earlier, lower offer of $100 million for the NBA arena back in October. Walker apparently sat on this information. Why? Was he planning a big announcement approving the casino and touting the payment to the Bucks, and then changed his mind after getting the letter from Iowa conservatives? If not, why the secrecy about this earlier offer?

Nearly as remarkable as Walker’s rejection of the Menominee offer has been the response of the Milwaukee Journal Sentinel. No sooner had Besaw and Allen concluded their remarks at the Milwaukee press conference then JS reporter Don Walker asked this question: “Is this a bribe?” Was the tribe trying to bribe the governor?

Actually the $275 million bond would protect the taxpayers. And the offer was made in public at press conferences in Milwaukee and Madison. So how exactly is that a bribe?

Walker and Cary Spivak co-wrote a cursory story on the press conference that includes little of the information you’ll find in this article.  And the Journal Sentinel quickly jumped on the issue with an editorial panning the offer to pay for the NBA arena, and noting that the Walker administration “is skeptical as to whether the Kenosha casino would generate enough revenue to cover payments for the arena as well as the operation’s promise to pay 7.5% of its net win.”

Journal Sentinel readers have no way of knowing why the projected payments might seem reasonable since the news story didn’t include Allen’s explanation on this. And since when is the newspaper taking the word of a lifetime politician like Walker over a chief executive in the industry as to how much revenue the casino can earn? The paper’s reaction to this deal was nearly as puzzling as Walker’s.

35 thoughts on “Murphy’s Law: How Could Walker Refuse Incredible Deal?”