Few county officials were more adroit at milking the taxpayers than Tom Zablocki. Zablocki served as county clerk for 20 years, from 1968 to 1988. During his last term, two investigations by the old Milwaukee Journal, in 1986 and 1988, found he worked between 4 and 5 hours a day. Much of his time was spent working on his stamp-collecting hobby. He was also accused of spending time on the job conducting private real estate and legal business.

The voters, not surprisingly, didn’t look kindly on this and he lost his bid for reelection. But the wily Zablocki, who still had friends in the courthouse, later found another way to milk the taxpayers.

In the early 1990s, Milwaukee County officials approved a “buy-back” plan that allowed workers to go back in time and pay for pension contributions they hadn’t made in order to beef up their pensions. Many employees converted seasonal or part-time county stints in college and even high school into additional pension credits by paying pension contributions they had declined to make as young workers.

Zablocki apparently hadn’t made contributions to his pension. But in 2000, he managed to get hired to work for the county as a “program coordinator.” At the time the late F. Thomas Ament was County Executive and the courthouse was rife with cronyism: giving Zablocki another chance meant he could build a much better pension. (Zablocki and Ament both started in county government the same year and served together for 20 years.)

Zablocki used the buyback program to pay for pension contributions during his 20 years as county clerk, and worked as the program coordinator until June 2004 and then retired a wealthy man at age 64. He had only worked 24 years for the county, and hadn’t worked very hard, but was awarded a lump-sum “backdrop” payment of $375,322 in addition to an annual pension payment of $29,309. By now he’s collected at least $640,000 from the taxpayers.

But as it turned out, Zablocki, the consummate courthouse insider, made a mistake. County pension officials determined in 2007 that Zablocki’s buyback of his years as an elected official missed a deadline set in a county ordinance, and his payment was therefore too large under IRS rules. This was one of the revelations that came out in a mini-pension scandal unearthed by Milwaukee Journal Sentinel reporter David Umhoefer, who revealed the existence of the buy-back program.

Some 200 or so buybacks were found to be in violation because employees wrongly bought back pension time using money transferred from their deferred compensation savings account; because the buyback payment exceeded 25 percent of the employee’s annual salary; or because the buyback was made too late.

In reaction, county board members quickly took action. They passed a unanimous resolution in 2007 “encouraging the Milwaukee County Pension Board “to cease any prospective payment of a pension benefit related to a buy in or buy back that has been determined to be in violation of Milwaukee County Ordinance or Federal law and… vigorously pursue recovery of any payments made” to these employees.

But none of them, apparently ever did anything to assure that the resolution was enforced. “I know I didn’t,” supervisor Borkowski admitted to me last April. “I don’t believe any of my colleagues did.” Nor did the administration of then-County Executive Scott Walker do anything about the problem.

Umhoefer’s story won a Pulitzer Prize. Yet the Journal Sentinel never followed up on the story to make sure the illegal buybacks ended. This is the paper that was asleep when the massive pension scam of 2000-2001 was passed (and reported by yours truly), and now the paper had fallen asleep on its own prize-winning story.

So things stood until last year when the administration of County Executive Chris Abele discovered the situation and was immediately alarmed. Abele’s staff sent letters to some 200 county retirees warning that their monthly pension payments will be reviewed and could be lowered. Abele initially wanted to go after the retirees to collect some $26 million in overpayments and interest that these people illegally collected. But he has since offered a compromise, suggesting the county forego collecting the past overpayment and only take action to see that future overpayments — with an estimated value of $10 million — are not paid. 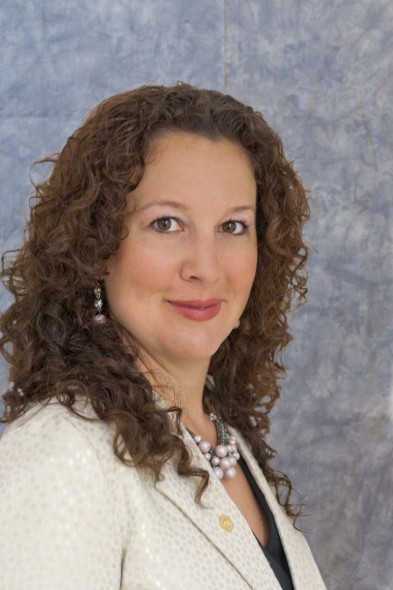 But board members are outraged that he would dare suggest this. Board chair Dimitrijevic told the Journal Sentinel that Abele’s plan, even with its alterations, is “immoral” She went on to say, “It seems unfair that an employer who made mistakes, now comes back and harms the security of older adults who served the public.”

Needless to say, that’s a direct contradiction to the resolution Dimitrijevic supported in 2007. As for the morality here, what about all the county employees who couldn’t benefit from this legally questionable buy-back option — the height of county cronyism — and therefore have lower pension payments? Is this fair to them?

What about all the county employees who must pay more into the pension system to help support the lucrative, wrongly-gotten retirement payments of people like Zablocki? Is this moral?

What about the taxpayers, who are being asked to pay for yet another pension giveaway that board members promised to end more than seven years ago? Is this moral?

County Supervisor Theo Lipscomb, Dimitrijevic’s ever-loyal lieutenant, said Abele’s proposal is “out of touch with common sense fairness.” You could perhaps make that argument about trying to recoup pension payments made in the past (though they violate county ordinances), but is it unfair to stop future illegal payments from being made to retirees? Let us hope Lipscomb never has a chance to set the rules for county district attorneys.

Lipscomb also complained that Abele’s proposal has “an unknown actuarial impact.” Whatever the impact, it can only help taxpayers. And if he wants an exact estimate, why not wait for the ongoing study of exactly how many employees benefitted from illegal payments and by how much? Instead, the board is poised to pass a resolution on Thursday that will “grandfather” all these retirees, to prevent Abele or any county executive from ever stopping so much as a dollar of these future payments from going to retirees.

Why this rush to pass this resolution? Board members, I suspect, want to do this before taxpayers figure out they are being ripped off. So if you are reading this story, may I suggest you help spread the word.

Dimitrijevic has argued Abele’s plan could expose the county to lawsuits from retirees. Perhaps. But given that the payments violate county ordinances, how successful would the suits be? And isn’t this an issue for the county corporation counsel, not for a non-lawyer like Dimitrijevic?

Board members portray these retirees as lost sheep who were misled by the advice they got from county managers. But if you go back to Umhoefer’s story on this, you get a picture of county insiders manipulating the system to jack up their pension payments. People talk in the courthouse and one of the biggest topics has always been the pension system. My guess is that many — perhaps all of the 200 or so who benefitted — knew the buy-back program was something of a scam. The ones who didn’t have the insider knowledge probably didn’t apply for it.

Supervisors have referred to county retirees who could lose their house if their pension is reduced. But we have yet to hear the name of any such person, or a description of their financial situation. One name that came up last spring was Bob Miller, an employee who retired in 2009 with a $129,243 backdrop and an annual pension of $35,208, county records show. And how much of that gain was because his payments violated county ordinances? Board members apparently don’t want to wait for the ongoing county study to find out.

Among the county insiders who got bigger pensions by violating county pensions are former supervisors Daniel Casey and Tom Bailey (famed as a board member who always worked part-time while drawing a full-time salary), former District Attorney E. Michael McCann, not to mention Vera Westphal, a zoo administrator and county Pension Board member, and Rick Ceschin, deputy director of the county’s personnel department.

The entire buy-back program, even for those who followed the rules, smells to high heaven. The beneficiaries include former supervisor and parks director Sue Baldwin and her husband, former sheriff Lev Baldwin, who I’ve estimated could collect up to $4 million in retirement payments from county taxpayers during their lives.

Then there is Supervisor Michael Mayo, who has also chastised Abele for daring to fix this problem, saying “we cannot blame” the retirees. Perhaps that’s because Mayo paid $6,813 to purchase two years of pension credit for three summers he worked in county parks in the 1970s. This gained him a 33 percent increase in his pension.

Mayo, of course, also passed the 2000 and 2001 pension plan, which has cost taxpayers hundreds of millions and turned some employees into millionaires. More than 740 people have gotten at least a $100,000 lump sum backdrop benefit, more than 255 have gotten at least $250,000 and 40 received anywhere from $500,000 to $1 million — all in addition to a generous lifetime monthly payment.

The cost of the buy-back program, which Umhoefer estimated at $50 million, was largely driven by the fact that it gave these employees a chance to get a much bigger backdrop and 25 percent pension bonus, both features of the 2000-2001 pension plan. Those benefits got bigger courtesy of the buy-back program which allowed employees to jack up their years of service.

Given the community outrage over the 2000-2001 pension plan, given that a county executive was forced to resign, and some seven county supervisors were recalled from office, you’d think the board wouldn’t dare commit another such outrage. Wrong.

-Back in April, Gov. Walker had no explanation for why he took no action about the illegal pensions.  I emailed his spokesperson Laurel Patrick asking if he had any comment now, and so far haven’t gotten a response.

-Then there are the unions. The 2000-2001 pension plan was a complete surprise to the employee unions, who had nothing to do with devising it. But ever since then county union leaders have rushed to defend these benefits, which makes them look like they are out to milk the taxpayers.

Thus, Boyd McCamish, executive director of AFSCME District Council 48, has blasted Abele, saying: “This is a vivid illustration of a politician tragically out of touch with the day-to-day struggles of people who don’t fit into his tax bracket.”

I wonder if McCamish is including the likes of Tom Zablocki when he laments the struggles of these poor retirees?

40 thoughts on “Murphy’s Law: Will County Pass Another Pension Giveaway?”