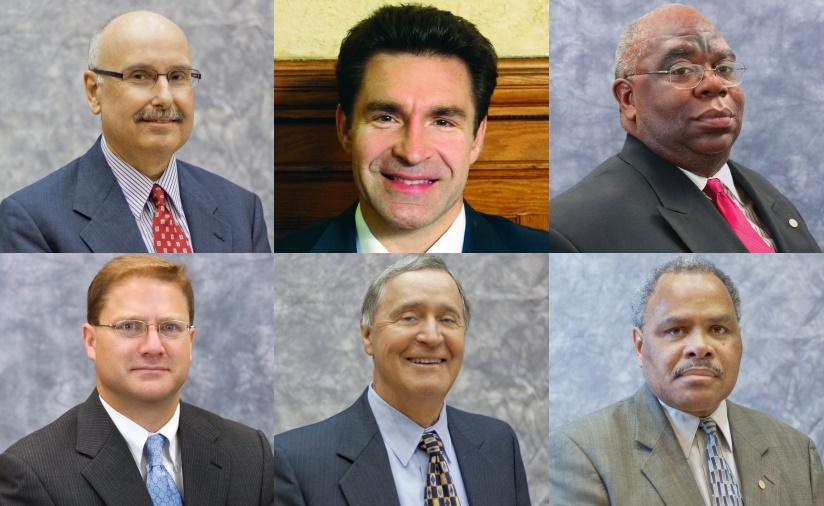 Mark Borkowski is a survivor. He served for 23 years as a county supervisor, from 1992 until last August, when he won election to the Milwaukee Common Council in a special election to fill the seat vacated after the death of Joe Dudzik. By making the switch, Borkowski avoided the big cut in salary coming in April for county supervisors, who are being downgraded to part-time status and will see their salary drop from $50,679 to $24, 051.

Not only that, Borkowski saw his salary rise by 44 percent, since aldermen make $73,222.

Borkowski continues to get elected though he voted for the infamous county pension plan of 2000-2001 that would have earned then-Milwaukee County Executive F. Thomas Ament a pension payout of more than $2 million. “If you had told me Tom Ament got this kind of money, there’s no way I would have voted for this,” Borkowski told me, in one of several stories I did that blew the lid on this scandal.

So why didn’t Borkowski ask? Or simply read the legislation? The principal job of legislators is to legislate, yet Borkowski didn’t bother to find out the details of the law he voted for.

As a result of such laziness by Borkowski and other supervisors, the county board approved the richest pension plan in state history, which made millionaires of some employees. Some 740 people got at least a $100,000 lump sum benefit, 255 got at least $250,000 and 40 received at least $500,000 — in addition to a monthly pension for life. The plan has cost county taxpayers as much as $300 million.

Outraged taxpayers forced Ament to retire and recalled seven county supervisors from office, making this the biggest political scandal in Milwaukee’s history. But Borkowski has won office repeatedly since then and is now running for re-election to gain a four year term. He has an opponent, Tim Kenney, a veteran and political newcomer. Considering that city taxpayers are paying the majority of the county taxes going to these lucrative pensions Borkowski approved, I’d say the issue is still quite relevant.

Then there is Borkowski’s colleague, Ald. Tony Zielinski, who served 16 years, from 1988 on, as county supervisor. He traded up for the higher salary you get as an alderman, winning election in 2004.

Zielinski, like many supervisors, has blamed the Ament administration for lying to him about the pension plan. By contrast, his colleague, then-County Supervisor Lynne DeBruin, asked some questions of the administration, said she couldn’t get satisfactory answers, and voted against the plan. Zielinski also blamed bad advice from the county consultant, Mercer Inc., which was later sued by the county. But back when the pension scandal exploded, not one supervisor mentioned the advice from Mercer, probably because the company simply dealt with the Ament administration and none of the supervisors knew about its advice.

It’s true the “backdrop” provision that helped drive up the lump-sum pension benefits was complicated, but the law also included a 25 percent bonus for veteran employees that allowed them to collect as much as 100 percent of the final average salary in their annual pension, a percentage far higher than the overwhelming majority of public (or private) employees in the nation get. There was nothing the least bit complicated about that provision yet Zielinski and a majority of supervisors voted for this package twice: once for non-represented employees and again for union employees.

Maybe Zielinski was distracted from his duties, since he was attending Marquette Law School to get his law degree. His colleagues considered him a part-time supervisor though he was drawing a full-time salary and now collects a county pension in the neighborhood of $16,000 annually for his somnolent performance on the board. He is running for reelection as an alderman (his opponent is Meagan Holman), and should Zielinski win, he will drive his city pension up to at least $29,000 annually. We taxpayers just keep getting an ever-rising bill for his various pensions, while we pay hundreds of millions for his lazy vote on the county pension plan.

Then there is Sup. Michael Mayo, who has served in that position since 1994. Mayo was Ament’s appointee to the county Pension Board and was at the center of policymaking driving the lucrative pension plan. Indeed, he also sat on the board when it passed another sleazy deal, the year before the major pension plan increased, that gave veteran insiders a way to drive up their pensions by counting their prior employment in a federal program that specifically excluded participants from pension benefits.

The atmosphere in the courthouse at the time was one of pure greed, with top officials scheming to get rich off the backs of taxpayers. Mayo was right in the middle of that yet never objected. Years later he did everything he could to frustrate an effort by County Executive Chris Abele to cap backdrop payments, which Mayo could directly benefit from. Yet he keeps getting reelected. His opponent in the April election is Valerie Sauve.

Then there is Sup. John F. Weishan Jr., who was new to the board when he voted for the county pension plan, but he was the brother of then-county board chair Karen Ordinans and surely should have known from her the inner details of the pension plan. Weishan has vociferously blamed Mercer Inc. for misleading the board. But I interviewed Ordinans at length after the pension plan passed and she never mentioned the company’s advice.

Weishan has served since 2000 and should he be reelected, will actually see his pension benefit decline significantly, since it will be based on the new part-time salary of about $23,000. (Though if he serves long enough, he may make some of that back through the backdrop provision.) He is opposed by Scott Espeseth, who previously ran for office as a Republican opponent to Democratic Rep. Daniel Riemer and lost.

The other two politicians still serving in office who voted for the 2000-2001 pension plan are supervisors Jim (Luigi) Schmitt and Willie Johnson, Jr. (The latter voted against the package of benefits for non-represented employees but voted in favor for union employees.) Neither has an opponent in the April election. If they ever do face challengers, their irresponsible vote on the pension plan still has consequences: it can be seen today in the deterioration of the county parks, the reduction of county transit routes and other reductions in county services, all due to the huge costs of that infamous pension plan. The impact of the decision made by these six politicians continues to haunt this community.