Who’s To Blame for Pension Mess?

County’s countless expensive mistakes go back at least 15 years -- and still no solution. 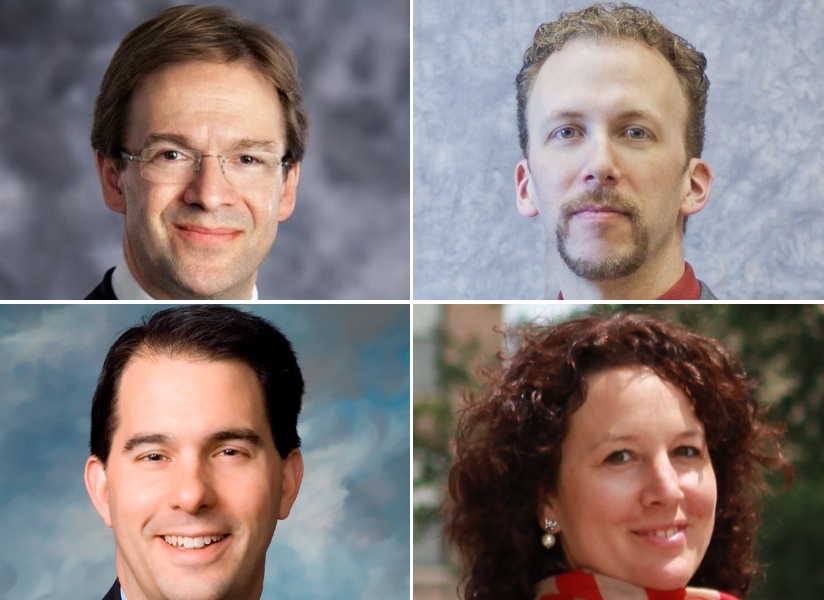 County Supervisor Sheldon Wasserman served for 14 years in the state legislature, but has never seen anything quite like Milwaukee County government.

Wasserman, who was appointed vice-chair of the county board Finance Committee, was naturally aware of the huge county pension scandal of 2001-2002, but had assumed, this being 15 years later, the issue had long since been resolved.

No indeed. A recent report found that hundreds of county retirees have been getting paid the wrong amount, either an underpayment or overpayment. The report came just a few months after the county discovered it had underpaid nearly 1,300 county retirees, and would have to pay out $11 million to make up for the underpayments — in addition to $6 million more that hadn’t been budgeted to fully cover those retirees over their projected life expectancy. And all this comes on top of another error that blew up in 2014 but had actually been discovered in 2007 and never solved: overpayments to retirees in the neighborhood of $26 million.

“Every single dollar of the wheel tax (recently passed to generate more tax revenue) is being spent on problems with the pension,” Wasserman laments.

At one memorable county board meeting, pension office director Marian Ninneman promised there would be no more errors and boasted she had in place a “fail-safe system.”

“I asked, ‘can you guarantee me this,’” Wasserman recalls. “And she said, ‘Supervisor, you are suffering from pension fatigue.’”

Wasserman was flabbergasted and asked what was pension fatigue. Ninneman’s answer, Wasserman recalls, was “Government officials who are tired of dealing with pension problems.”

One week after Ninneman’s bizarre diagnosis (to Wasserman, who ironically is a full-time physician), the latest pension problem blew up and Ninneman resigned. Sources say Milwaukee County Executive Chris Abele gave her the option of resigning or being fired.

“I have never seen anything like this,” Wasserman says. “After three different administrations and 15 years since the worst scandal ever to rock county government, no one has gotten it right. I have absolutely no trust in the system.”

Abele concedes the problem. ‘I’ve never had a solid feeling that we have an effectively managed system,” he says.

County Board chairman Theo Lipscomb blames all the problems on Abele and none on the board. “I’m not blaming Abele for the mistakes that predate his first election, but he’s been county executive for nearly six years. As the most powerful County Executive in Wisconsin, Abele should take responsibility for the growing list of pension errors.”

In fact, the $11 million in underpayments went back as long as 15 years ago when Tom Ament was county exec, and were itemized in a report released in 2007, when Scott Walker was the executive, as the Milwaukee Journal Sentinel reported. But they’ve never been fixed.

As for the $26 million in overpayments, board members passed a unanimous resolution in 2007 to stop the overpayments and then never checked (nor did the Walker administration) to make sure this actually happened. Then after Abele discovered the problem in 2014 and tried to stop all future overpayments, Lipscomb and the board adamantly refused to allow this, with then-board chair Marina Dimitrijevic calling Abele’s action “immoral.”

The county retirement system was first created in 1937, and over the decades so many special deals and amendments have been passed there are said to be 180 different pension calculations to be made.

The management is nearly as complicated. “There is no tight line over who has authority over it, so it’s very difficult to reform it,” Abele notes.

Certainly the executive has considerable authority, but as proven by the 2014 dispute, the board can override his decisions.

Another major player is the county Pension Board, which has 10 members, including three appointed by the county exec, two by the county board chair, one by the Deputy Sheriffs Association, three elected by county employees and one by county retirees. The board in turn gets advice from the county Corporation Counsel and from an outside attorney.

Ninneman was hired during the Walker administration, and that position reports both to the exec and Pension Board, and may also be called before the county board.

Abele has asked the county’s pension auditor, Baker Tilly, to do a “deep dive” analysis of the pension system “to find out what else we might be missing.” He expects they’ll probably find “a lot more errors.” So things could actually get even worse.

Wasserman has proposed the county explore having the state take over management of the county system. The state retirement system is considered one of the best-run public pensions in the country, if not the world. Both Abele and Lipscomb say they support a study of such a change, though Abele seems more enthusiastic.

A proposal for state takeover of the system was actually proposed back in 2010 by Dimitrijevic and Sup. John Weishan, but it failed on a tie vote (with Lipscomb then voting yes).

The management of the county’s pension funds could be easily taken over by the highly rated state Investment Board, but the management of retiree payments could add a system quite different than the state’s, and wouldn’t be a slam dunk. Nor, it appears, have any inquiries been made with state officials as to their willingness to take over the system.

That doesn’t concern Wasserman. “The county needs help,” he says. “We can’t seem to compute any person’s pension. Why don’t we give it to the experts who know how to get the job done?”

13 thoughts on “Murphy’s Law: Who’s To Blame for Pension Mess?”