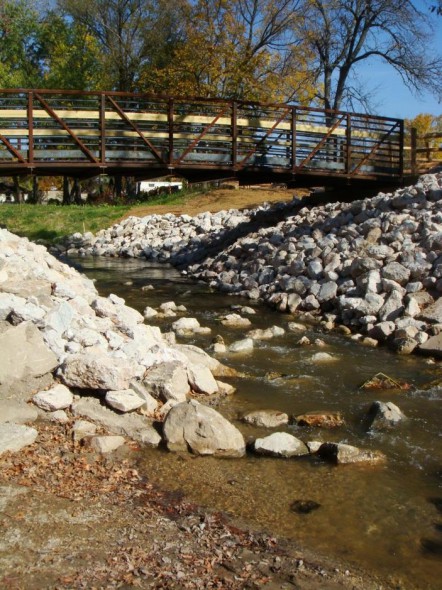 Another form of environmental restoration that is far advanced on Milwaukee’s urban rivers is dam removal and improved fish passage.  A key regulatory catalyst came in the early 1990s with the state Department of Natural Resources’ development of a Wisconsin Dam Safety Program, which included requirements for owners of dams related to maintenance, repairs, modifications, and abandonments. In Milwaukee, the establishment of the Dam Safety Program led to the removal of the North Avenue Dam, a change that allowed natural rapids to re-establish themselves within a stone’s throw of downtown Milwaukee. Native fish populations have rebounded and a large run of migratory trout and salmon are found in the river each year, both of which contribute to a noteworthy fishery within walking distance of Downtown.

The work completed in Milwaukee is merely the gateway to restoring a vibrant fishery throughout the river’s 444,000 acre watershed. Two-thirds of the 15 dams on the main stem of the Milwaukee River have been removed or otherwise made passable to aquatic life. Few if any major urban rivers in the U.S. have been more fully restored to fish passage.  With dams in Newburg, Campbellsport, and Grafton having been removed during the past four years alone, a fish passage constructed at the Mequon Thiensville Dam, another designed for the Grafton dam, and an exceedingly popular volunteer sturgeon rearing facility, the biological integrity of the Milwaukee River is being restored to a degree that few would have thought possible just a few decades ago. 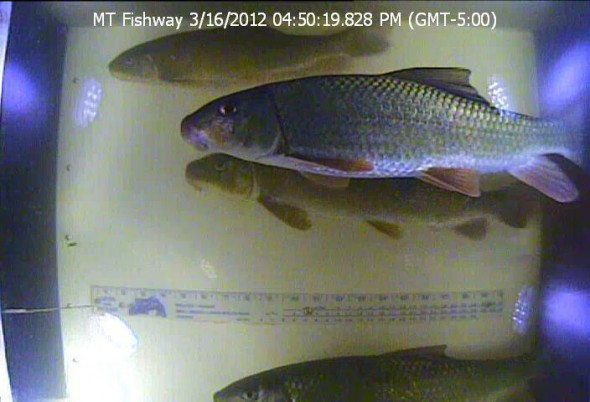 Photograph of golden redhorse and a white sucker taken by an underwater camera installed in 2011 at the Mequon Theinsville Dam Fishway. The opening of the fishway in 2010 marked the first time that most of the 36 species photograhed to date have traversed the dam in the past 150 years.

A key characteristic of Milwaukee’s urban rivers that has also facilitated clean-up is they are in many respects the “right size.” They are big enough to accommodate 1,000-foot long ships in portions of the inner harbor (and the Kinnickinnic River), yet small enough that the entire watershed is largely under local control, and to a significant degree, under the jurisdictional influence of the MMSD. As a consequence, area leaders are in control of the long-term fate of the rivers’ water quality through programs that can be initiated and implemented at the local level.

This is not true for other U.S. cities located on major rivers such as the Arkansas (flowing to Little Rock, Tulsa, and Wichita), Willamette/Columbia (Portland, OR), Missouri (Kansas City, Omaha, and St. Louis), Mississippi (Memphis, Minneapolis, St. Louis, St. Paul, and New Orleans), Ohio (Cincinnati and Pittsburgh), and Rio Grande (Albuquerque and El Paso). The water quality of these rivers (and to some extent, problems associated with flooding or lack of flow) is outside of the control of local residents, and subject to the political or economic interests of millions of residents in upstream portions of the watersheds. An example of the challenges of protecting and improving water resources not under local control has been the ability of special interests in a single city (Chicago) to impede efforts to address the environmental threat to the entire Great Lakes system posed by the potential migration of Asian Carp through the Chicago Sanitary and Ship Canal. 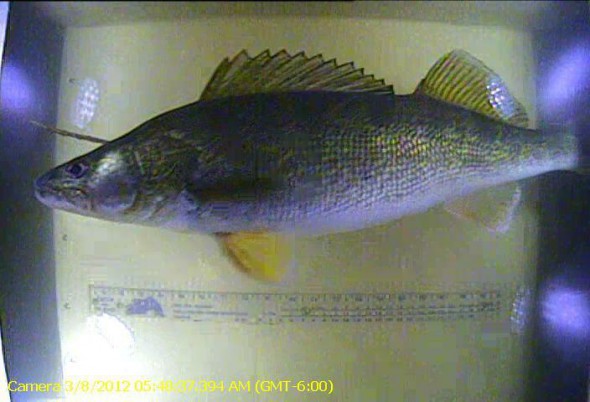 By contrast, the degree of control that Milwaukee has over its rivers has made it easier to restore them and provided a more assured return on public and private dollars spent on restoration. As a consequence, Milwaukee can aim for and achieve a higher level of restoration for its urban rivers than is possible for the large rivers that form the primary waterfront features of many other major U.S. cities, and yet are largely outside each city’s control. This difference may help explain the much earlier completion of Milwaukee’s initial CSO control measures, as well as other measures to remove dams and restore fish passage compared to other cities. Milwaukee, through efforts by government and environmentally-oriented non-profits in the area, continues to make improvements to the urban waterways, helping to maximize the sustainable advantage of what might be called Milwaukee’s water ”brand.”

David Holmes is a Milwaukee-based environmental scientist and urban revitalization consultant, who has assisted Milwaukee-area local governments secure more than $8 million in grants since 2009 used to remove dams and restore habitat in the upper Milwaukee River watershed. He can be reached at dholmes@uwm.edu