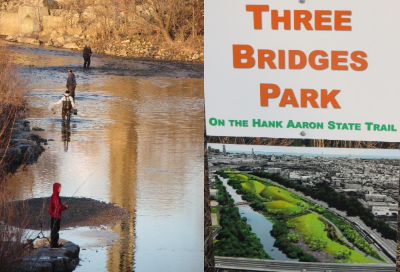 A largely inaccessible industrial wasteland just 20 years ago, the Menomonee River has been transformed into an extraordinary recreational asset, accessible by new bikeways and pedestrian bridges, and the new Three Bridges Park. The river is an important quality-of-life amenity for residents in adjoining neighborhoods and the entire metro area.

Back in 1925, this city took the first step in cleaning up its urban watershed with the creation of a  wastewater treatment facility. Milwaukee was far ahead of most cities at the time, and has continued as a leader, which has had great benefits for the region. In Part I of this series we looked at the advantage of the city’s more protected and less-developed lakefront, and the benefit of its estuary and rivers being free of great flooding, compared to other cities. In this article we look at a third remarkable characteristic of Milwaukee’s freshwater landscape: the degree to which the environmental quality of Milwaukee’s urban rivers has been restored over the past 40 years.  Although many impairments and water quality challenges remain (as reflected in water quality grades of C, C-, and D, respectively, given in 2012 by Milwaukee Riverkeeper to the Milwaukee, Kinnickinnic, and Menomonee River Watersheds), the scope of improvements achieved to date in the Milwaukee River is impressive compared to other major U.S. urban rivers. Furthermore, improvements to all three rivers appear to have gained momentum during the past decade in conjunction with the revitalization of the Menomonee Valley and the residential development boom that occurred along the Milwaukee River in the Downtown, Third Ward, and Fifth Ward neighborhoods. Milwaukee’s urban revitalization as a whole has been linked in multiple ways to the restoration of its freshwater resources.

A later restoration milestone was the publication in 1971 of the Milwaukee River Watershed Report by the Southeastern Wisconsin Regional Planning Commission, which marked the completion of a 4-year study focused on resolving flooding, pollution, and other problems arising from competing uses of the river and its banks. This was followed in 1972 by a key regulatory milestone, the passage of the federal Clean Water Act, which established the legal framework throughout the U.S. for regulating the discharge of pollutants from point sources to surface water bodies. That year also marked the beginning of lawsuits filed by both the State of Illinois and the State of Wisconsin to force Milwaukee to make significant improvements to its wastewater and storm water collection and treatment systems to eliminate or significantly reduce the number of sanitary sewer and combined sewer overflows (CSOs) which were resulting in billions of gallons of sewerage mixed with stormwater being discharged on an annual basis to Milwaukee area rivers and Lake Michigan.

The most significant project of the Abatement Program was the construction during 1985-1994 of the initial phase of Milwaukee’s Deep Tunnel System, which provided storage for up to 410 million gallons of contaminated storm water in massive bedrock tunnels bored approximately 300 feet beneath the ground surface. The system (which was expanded in 2002-2010 with the construction of two additional tunnels that increased the storage capacity to 521 million gallons) captures overflows from combined storm and sanitary sewers, storing the water for subsequent treatment, and thereby preventing water contaminated with bacteria, ammonia, and other contaminants from flowing directly into Milwaukee’s rivers and Lake Michigan.

Although construction of the deep tunnel system has been a source of on-going debate and controversy (e.g., as demonstrated by the “Deep Tunnel Awards” given out by conservative talk show host Charlie Sykes), deep CSO storage tunnels have continued to be a component of nearly all water pollution abatement programs and systems engineered by other major cities, including systems in Indianapolis and Washington, D.C. that began construction within the past three years, and systems that are in the process of being designed for cities such as St. Louis, Honolulu, and New York City.

A key aspect of Milwaukee’s program that may not be fully appreciated by area residents is how much earlier its water pollution abatement program was implemented relative to other major cities.  For example, Portland, Oregon, which has a national reputation as one of the most environmentally progressive cities in the U.S., did not complete construction of its initial and more limited system until 2011 (17 years after Milwaukee). Portland is also noteworthy in not having constructed its first wastewater treatment plant until 1952 (38 years after Milwaukee), one consequence of which was the continued discharge of raw sewerage and industrial waste into Columbia and Willamette Rivers. In 2009, an 11-mile stretch of the Willamette River adjacent to Portland was listed as a Superfund site by U.S. EPA (the Portland Harbor Superfund Site) with the City of Portland and more than 140 area businesses identified as “Potentially Responsible Parties” liable for up to $2 billion in estimated future environmental cleanup costs (a bill that does not include more than $150 million expended to date just on the investigation and feasibility study phases).

Indianapolis, with a reputation as one of the more progressive midwestern cities, began construction of its deep tunnel system in 2012, with a targeted completion date of 2026 (or 32 years after Milwaukee completed its initial system). In addition to the approximate $1.5 billion cost for implementing Indianapolis’ CSO plan, Indianapolis area residents are also facing an additional $2.5 billion in costs for other needed wastewater utility or waterworks system improvements. 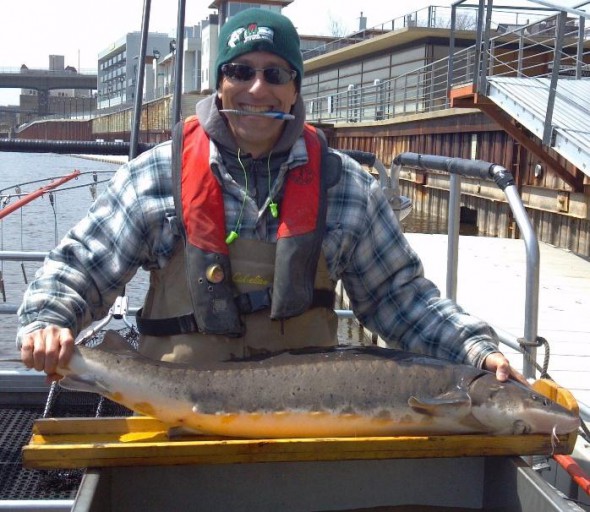 The much earlier construction of Milwaukee’s CSO measures resulted in a significant financial benefit for area taxpayers in that nearly 47 percent of the $2.12 billion in costs for the initial system (excluding interest) was paid for through federal grants. (An additional $240 million in costs – or 11 percent — was funded through state appropriations). Federal support for CSO mitigation systems now being constructed in Indianapolis and other cities is available in the form of low-interest loans through the Clean Water State Revolving Loan Fund Program, but the full costs must ultimately be borne by local taxpayers.

The two, three, or even four decade head start by Milwaukee versus other major U.S. cities in implementing its water pollution abatement program has significantly impacted not only Milwaukee’s freshwater landscape, but also the areas that have been the focus for downtown revitalization during recent decades and the development of amenities such as the Milwaukee Riverwalk. The early head start also led to the growth and maturation of local environmental and water advocacy groups, earlier implementation of other types of environmental improvements (fish passage, green storm water infrastructure, etc.), and to some degree the city’s current business initiative centered on water-technology. While other cities with still degraded rivers have focused much of their development in areas away from their waterfronts, or relegated these areas to sports stadiums and expanded freeways, in Milwaukee these areas were recognized at an earlier date for their higher value for recreational and residential land uses. While cities throughout the U.S. have seen significant focus on waterfront areas, the development of Milwaukee’s waterfront areas is far advanced beyond that which has occurred in most other cities in large part due to having addressed CSOs decades earlier than these other cities.