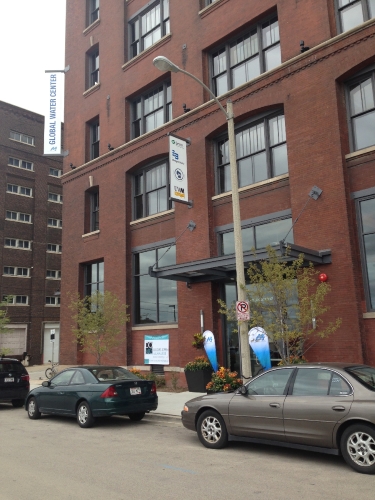 Someone has been doing an incredible job of selling Milwaukee as a leading center for water technology. Methinks it is Dean Amhaus, the executive director of the Milwaukee Council. If so, he deserves a raise.

Try searching for cities that are the leading water technology hubs and Milwaukee casts a giant shadow. Forbes did a story calling Milwaukee “The Capital of Water.”  Governing magazine’s headline was “How Milwaukee Became a Center for Water Innovation.” The London-based Guardian did a story on global leaders in water technology and mentions just four American centers, including Milwaukee.  Milwaukee, U.S. Environmental Protection Agency Administrator Gina McCarthy told the online Beacon Reader,“is going to be the freshwater capital of the world. Milwaukee gets it.” Yes, Milwaukee is a coastal colossus, a liquid leviathan, a water technology titan.

On Sunday a feature story in the Chicago Tribune touted a partnership between the University of Chicago and Israel, one of the world’s leaders in water technology and suggested it might become “a steppingstone to Chicago’s eventual evolution into a water technology hub.” But the reporter quickly cautioned that the Windy City “will have to contend with Milwaukee, which has already forged a strong identity as a globally known magnet for water technology enterprise and research.”

It was only about seven years ago that an idea hatched by Badger Meter CEO Rich Meeusen led to the creation of the Milwaukee Water Council, and almost ten years years ago that Mayor Tom Barrett dubbed Milwaukee the “Fresh Coast” city as an antidote to the disparaging Rust Belt label it often got. Yet the media has quickly jumped aboard to tell the new story of Milwaukee repeatedly.

As a story I commissioned for Milwaukee Magazine recounted, a report for the Water Council back in 2008 found the Greater Milwaukee region was home to 120 firms and 20,000 workers engaged in water technology, but it turned out the report included no such list, and the Water Council’s directory at the time listed just 77 companies. Meeusen conceded to writer Barbara Miner that the number could be lower, but added, “whether you are talking about 10,000 or 20,000 jobs, there is a strong cluster that is here.”

Today, Amhaus assures me the number of companies is at least 150. “In fact, there may actually be more than 150 at this time in the Milwaukee region,” he says.  “As part of an ongoing effort of checking on the development of cluster, we verified our numbers this fall when we conducted a comparison with what is taking place in northeast Illinois and northwest Indiana. We are also meticulous on being as conservative as possible in the interpretation of what is determined to be a water technology company. You will find other locations in the U.S. and abroad that use a much broader interpretation.” Yet the Milwaukee Water Council website still offers no list of these companies.

UW-Milwaukee researcher Marc Levine, who wrote a scathing report attacking the water hub idea as so much smoke and mirrors, remains unimpressed. “If I told you we had 150 dentists offices in Milwaukee, would you think we were the ‘Silicon Valley of dentistry’? A number like that, without a benchmark or comparative context, is analytically useless. How does that compare to other cities? Fresno claims about the same number. Toronto claims 400. Boston over 200. Israel claims almost 300.” Milwaukee’s new math, he contends, “is just put out there for public relations purposes to mislead reporters, politicians, and the public.”

If so, it seems to be working. As the reporter says in the movie, The Man Who Shot Liberty Valance, “when the legend becomes fact print the legend.”

The oft-published legend of Milwaukee’s water hub — and that vision of as many as 194 water technology companies — has been tremendously helpful to Milwaukee in its attempt to build this cluster. As early as 2009, Milwaukee joined an elite list of only 13 cities worldwide who gained admission into the United Nations Global Compact Cities Programme. “With this admission, the United Nations recognized the area’s expertise and global leadership in fresh water technology and science,” the industry publication Water World noted. “Milwaukee and San Francisco are the only two North American cities in the UNGCCP… Admission into the UNGCCP is the latest evidence of Milwaukee’s emergence as a global hub for fresh water technology expertise and industry.”

Five years later Milwaukee was designated a federal water technology cluster, one of four such clusters nationally, by the federal Small Business Administration.

These kind of designations have helped the Milwaukee Water Council grow quickly. “They’ve done a phenomenal job in a very short time,” says Kevin Shafer, executive director of the Milwaukee Metropolitan Sewerage Commission, and a water council board member. “You have to have strong, effective leadership to bring a hub like this together and Meeusen and Paul Jones (retired CEO of A. O. Smith) have provided it.”

Back when Democrat Jim Doyle was governor, Meeusen and and business leaders, along with UW-Milwaukee, successfully pushed for greater state funding to help create a School of Freshwater Sciences here, building on the success of the well-regarded Great Lakes Water Institute. The School of Freshwater Sciences has spent $53 million to create a 100,000 square foot expansion of the existing UWM Great Lakes Water Institute at 600 E. Greenfield on the lakefront. Not far away, the water council spent $21 million to renovate a 106-year-old building at 223 W. Pittsburgh (whose name was changed to Freshwater Way), creating a headquarters for the Water Council occupying seven floors and 98,000 square feet.

The headquarters, which opened about 16 months ago, “was the most important development so far,” Amhaus says, creating “an incubator that links water technology start-ups with larger corporations and academia [from UWM and other area universities],” as the Water Council’s website notes.

The Water Council has won a $548,000 grant from the Small Business Administration to help it mentor start-up companies in water technology.  The inaugural participants were H2Oscore, Microbe Detectives, NEW Works, Noah Technologies and Vegetal i.D, who attended a kind of “start-up school” at the Water Council, with expertise provided by UW-Whitewater and larger corporations in the area. The program lasts one year and then a second class of start-up companies is enrolled.

The Water Council has also won a $225,000 grant from JP Morgan to “look at the investment side of water,” Amhaus notes. The idea is to educate investment firms about the potential of water technology and connect start-up and angel investors to Milwaukee companies with potential to grow. Amhaus says JP Morgan has already indicated this funding will be renewed for a second year, for an undetermined amount.

Meanwhile the Water Council has been connecting to other water technology hotspots internationally and has signed memorandums of understanding to share expertise with water technology clusters in Leeuwarden, Netherlands, Montpellier, France and Tianjin, China.

The Water Council’s annual budget has grown to about $759,000 by 2012, its most recent federal tax form shows, and its membership has grown from an initial five members to more than 150 today, its website shows, which includes a broad range of business leaders, academics, local foundations and government leaders. However inflated the Milwaukee water hub’s reputation might be, its hard not to be impressed with how quickly it has grown. Indeed, Amhaus says the greatest challenge is “being able to keep up with expectations and requests for help. We’re getting more and more recognition.”

Should Milwaukee worry about the new efforts by Chicago? After all, the City of Big Shoulders crushed Milwaukee back in the 19th century, when the two cities competed for supremacy in the region.

“There’s always the chance that someone could try to outpace us,” Shafer says. “Chicago is much bigger. But with the foundation that’s been laid in Milwaukee, I think you will have countries from all over the world coming to Milwaukee and it’s going to be harder and harder for other areas to compete.”

Amhaus says the council has analyzed Chicagoland all the way into northwestern Indiana and has found there aren’t that many companies in water related work. “A lot of them are small companies and not necessarily manufacturing companies.”

It’s really not an issue of competition, Amhaus cooly notes, but about cooperation. “We want to bring the water council into that area. There may be exchanges with the University of Chicago.”

Indeed the Milwaukee Water Council has by now become so legendary that the Wisconsin Historical Society will hire a historian to be housed at the council’s headquarters. As a recent story in the invaluable publication Storm Water Solutions recounts, “It was decided that the significance of the water movement being spearheaded by The Water Council would one day be viewed as a part of Wisconsin’s history, and thus should be well documented now, while the individuals responsible for The Council are still around, and able to contribute to that process.”  What’s next, a movie starring Meeusen?

Update 4:25 pm January 6: Dean Amhaus forwarded me a list of 153 companies doing some work in water technology located within the Milwaukee Seven county area.  He notes that this does not include the Kohler Co., a major regional player just outside the M7 area.

Inside the Global Water Center 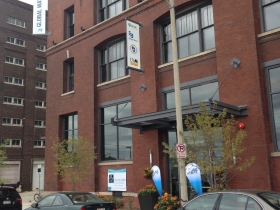 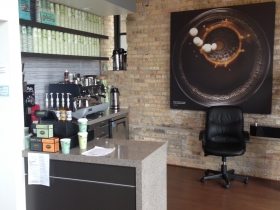 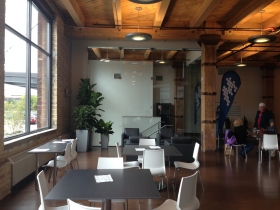 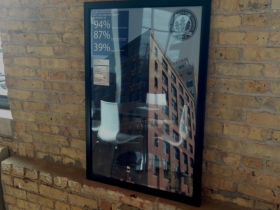 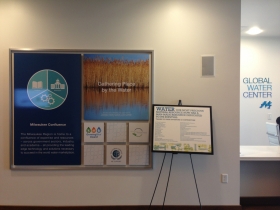 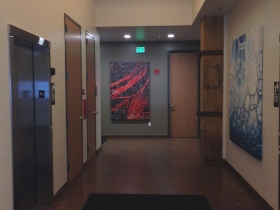