Barrett salutes the theater’s and Bay View’s redevelopment, but is upstaged by the facility’s lovely redesign. 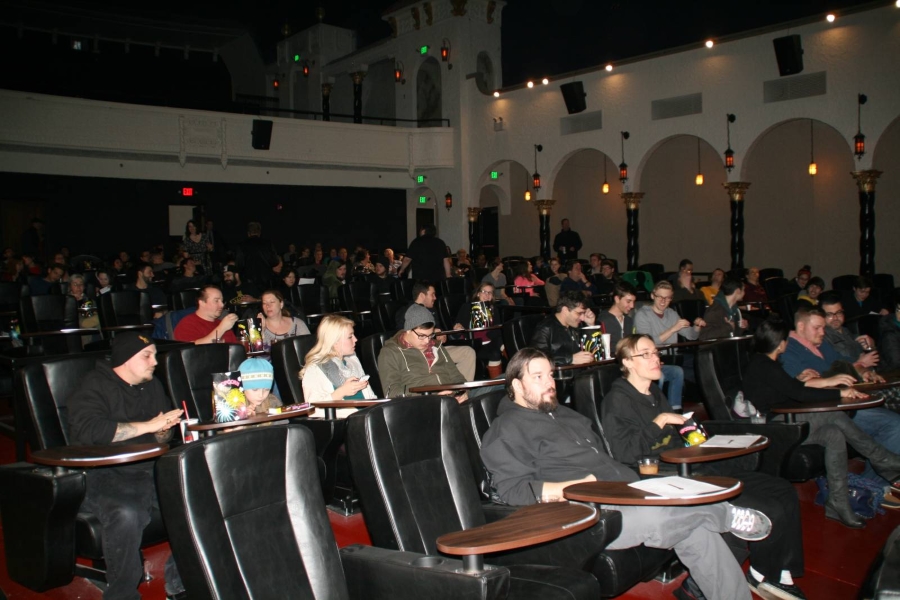 Opening night at The Avalon. Photo by Jeramey Jannene.

Klieg lights light up the sky over Kinnickinnic Avenue, just like at a movie premiere in the golden days of Hollywood. But in this case the lights were celebrating the grand opening of the Avalon Theater, whose just-finished and fully-restored facade looked as resplendent as it must have in 1929, at the advent of talking films, when the Avalon first opened.

Nearly a decade after he bought the building, businessman Lee Barczak, a movie lover since his high school days, succeeded in getting the theater remodeled at a cost of $2.5 million, and Mayor Tom Barrett and other dignitaries were there to celebrate the opening, in a ceremony that replaced the usual ribbon cutting with a “ticket cutting,” applying the customary scissors to a roll of movie tickets.

Barrett saluted the opening as a great example of all the new development happening in the city and Bay View. “We are seeing lots and lots and lots of energy. And we are fighting back. And it’s because of people like Lee that are making this happen.”

Barczak in particular thanked Ald. Tony Zielinski for his support. “There were a lot of doubting Thomases,” Barczak noted. “And Tony convinced people, ‘this guy can do it.’” Later, in a speech before the movie opened, Barcak added to this theme, saying, Zielinski “stood by us every step of the way. I know we wouldn’t be here without your help.”

Also speaking were Milwaukee County Board Chairperson Marina Dimitrijevic and County Supervisor Jason Haas. But the biggest surprise came from Democratic state Rep. Chris Sinicki, who revealed that the theater had once been owned by her great uncle. “As a kid I went here with my sisters many times. I’m just ecstatic about this. I was almost speechless when I walked into the theater.”

That was not political overstatement. The newly remodeled theater is truly a knock-out, remodeled to capture the original theater, but with many added touches to give it a wonderful, Hollywood-ized version of Moorish-Spanish design. The building now includes a cozy bar with a street presence that could become a hangout all by itself on the ever-busier KK strip of new shops and bars and restaurants.

As for the main theater itself, it is huge by today’s mutliplex mini-theater standards, with a very large screen and big comfy seats that recline and give each patron their own personal table for their drink or food order. As the usual, endless run of movie trailers ran, it was quickly clear the theater had great sound and visuals and would provide a true big screen experience for movie goers, which became all the clearer when the night’s feature, The Hobbit: The Battle of the Five Armies, began. And if the movie here is boring, well, the ceiling overhead, with an estimated 1,800 blinking lights, designed to replicate the night sky over Granada, Spain, is worth repeated viewings.

I didn’t try the food but heard good reports. The tap beer selection is smartly chosen, and the popcorn is really delicious.

Just before the movie opened, we learned it was Barczak’s birthday and some of the food servers brought down a cake mercilessly festooned with one heck of a lot of candles. It was a very festive night indeed.

Barczak is an impassioned believer that movie theaters can become neighborhood anchors that make redevelopment succeed. This is now the third theater owned by his Neighborhood Theater Group, and his Times theater was part of the Milwaukee Film Festival. The Avalon will be a natural venue for the film fest as well and the theater ought to become a key part of the ongoing Bay View renaissance. As Barrett declared, this was a great night for Milwaukee.

Full disclosure: Barczak and I were classmates at Pio Nono High School and both took the Film Arts class offered by the late Father Lawrence Neuman. Neuman was quite a character, whose classes were alternately dramatic and hilarious. He was a movie and theater fanatic who introduced us to many critically-acclaimed movies, including some that originally bombed at the box office, like Behold a Pale Horse and The Appaloosa. If he were alive today, Neuman would have been the first one to congratulate Lee — and the first to offer a frank critique of the film. 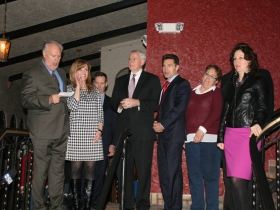 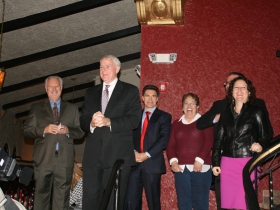 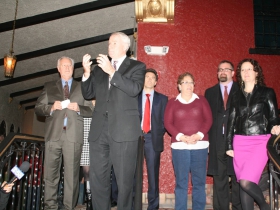 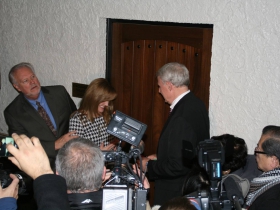 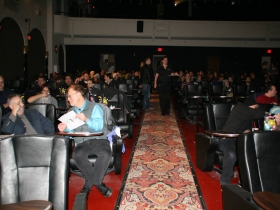 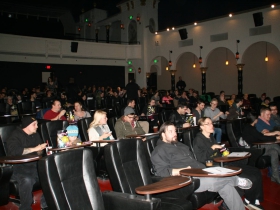 Opening Night at the Avalon

One thought on “Avalon Theater’s Grand Opening is a Winner”